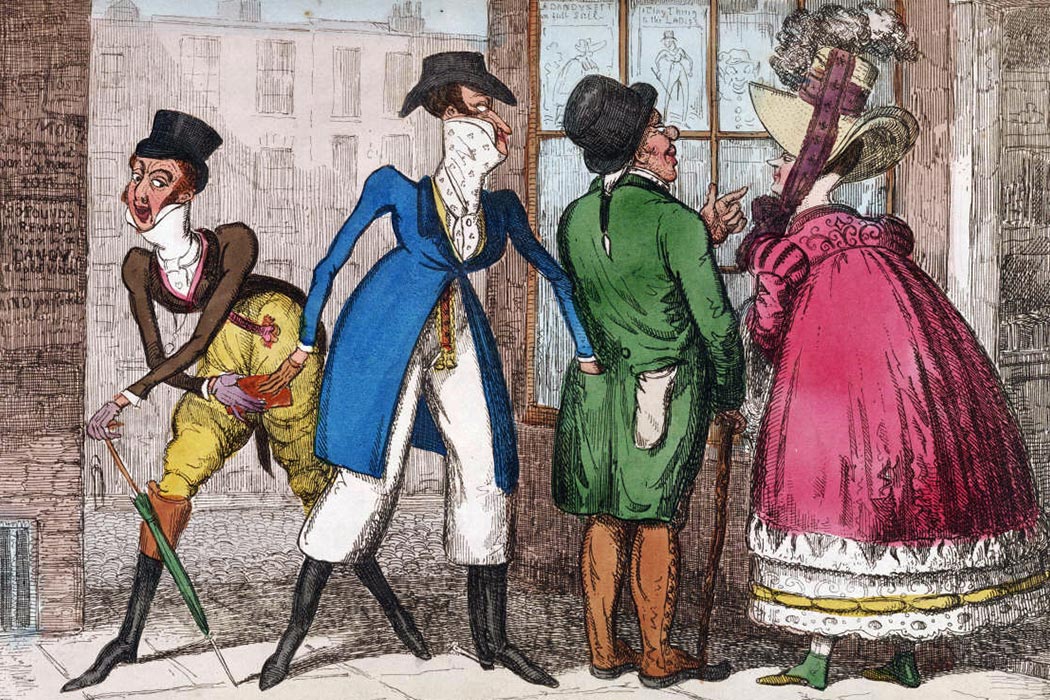 Last month, the death of chameleonic glam-rock icon David Bowie was met with an outpouring of admiration and grief. Creating distinct personae like Ziggy Stardust, Aladdin Sane, and the Thin White Duke, Bowie was, for many of his fans, the ultimate master of self-creation.

Bowie’s originality as an artist was striking, even genius. But his self-making did not exist in isolation.

The 1998 film Velvet Goldmine–a fictional biopic of “Brian Slade,” or Bowie in glitter and cheekbones if not name–opens with a seemingly random occurrence: the delivery of an infant, alien-foundling Oscar Wilde on a London doorstep. A mysterious green brooch passed down from Wilde to Slade/Bowie signifies a creative legacy, not only of art, but also of the artistry of self. It’s a surreal touch, but, aliens aside, not an ahistorical one. Bowie’s facility for self-creation, the idea of living life as art, has a lineage going back to Wilde and Wilde’s influences among the nineteenth-century Parisian bohemians who developed the idea of kaloprosopia, creating oneself as a beautiful character. Said Wilde, famously, “I put all my genius into my life.”

In Modern Language Studies, Karen Humphreys explores Wilde’s literary forebear, French author Barbey D’Aurevilly, whose works Wilde translated into English. D’Aurevilly wrote a biography of aristocrat Beau Brummell that doubled as a philosophical handbook for dandyisme, something that transcended mere clothing and became a kind of religion of self-making and a design for living.

Like Wilde and Bowie, D’Aurevilly and his crowd “cultivated a kind of dandyism based on subtlety and subversion in their personal lives as well as in their creative works,” says Humphreys. For D’Aurevilly, appearance mattered as much as words. Humphreys writes: “Masquerading in outlandish garb and pinkie rings made the dandy the father of clash. Such dress was meaningful only if it provoked a reaction and ran against the grain of mainstream culture. Attire was a superficial manifestation of the expression of genius, but it too had to reflect the cutting edge of irony.”

It was this irony that made the self-creating dandy such a powerful figure. He stood in opposition to mainstream culture, but not as a hermit or a recluse. Rather, his influence existed in constant dynamic tension with the world around him, even while taking advantage of the frenzied media culture of the day. D’Aurevilly once impressed a journalist by showing off his vast collection of jewel-encrusted walking-sticks, one of which he called “my wife”: it was all about individuality as performance. As Humphreys puts it: “The dandy’s controversial behavior is the expression of an intellectual stance requiring a public; he must be seen to produce an effect.”

The greatest dandy act of all was to effect surprise in others, while never succumbing to surprise oneself. To be a dandy was to always be a creator, always in control. In one passage, D’Aurevilly likens a dandy to the Greek myth of the doomed Spartan schoolboy caught smuggling a fox under his cloak, ready to let the fox gnaw out his innards rather than admit his pain.

Even death, for the dandy, cannot seize the narrative. When Bowie sings—on one of his final songs, “Lazarus”—

Look up here
I’m in heaven
I’ve got scars that can’t be seen
I’ve got drama, can’t be stolen
Everybody knows me now

—it’s a hauntingly defiant statement of dandyist control, one that harkens back to a legacy of great writers and artists for whom the self is the greatest canvas of all. 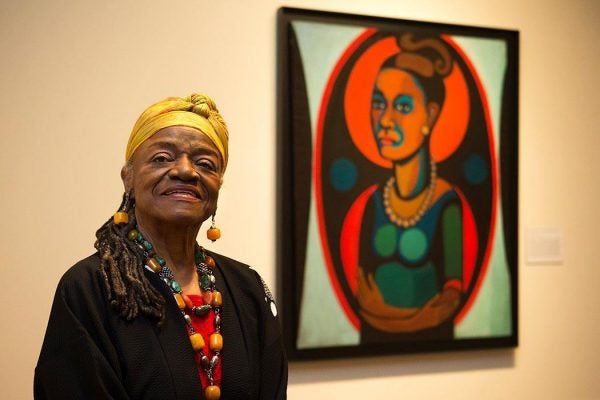 Through a didactic retelling of history, artist Faith Ringgold uses her story quilts to reframe the past.