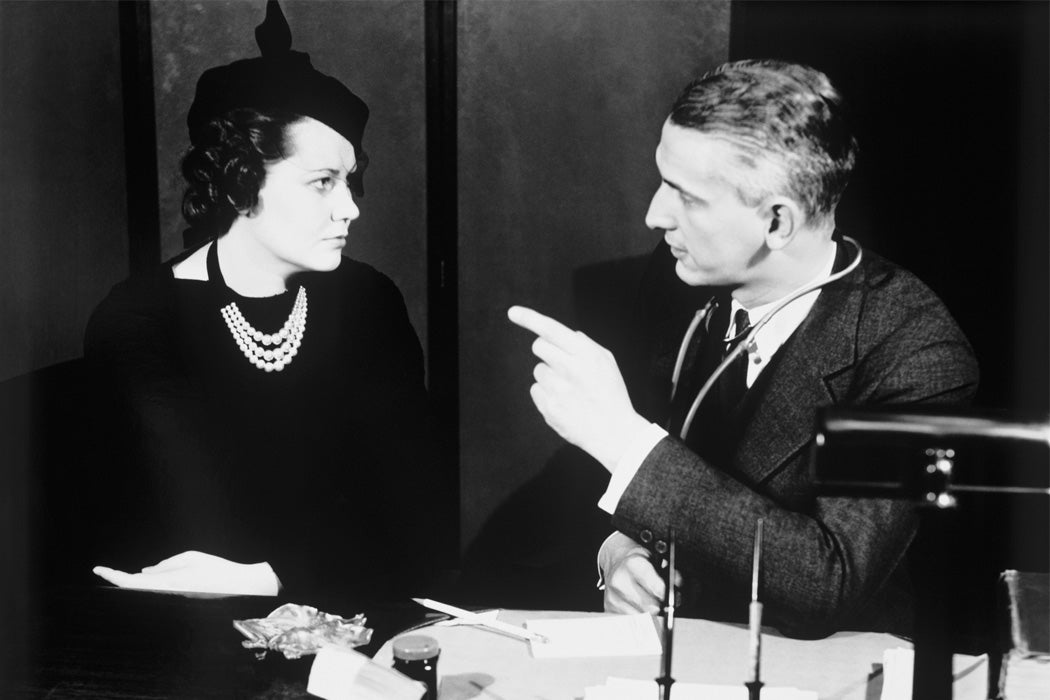 Infertility is notorious for its impact on mental health, with many people who are unable to conceive reporting shame, anxiety, and depression. Today, most medical providers assure patients that they’re not to blame for difficulty getting pregnant. But in the 1940s, blaming women for infertility was fairly common medical practice, as medical writer Randi Hutter Epstein explains.

In the U.S. at that time, Epstein writes, cultural ideas about infertility were changing. Physicians and women’s magazines brought the previously taboo topic into the open, heralding new medical treatments. At infertility clinics, doctors examined women’s fallopian tubes and ovaries and tested their hormone levels. And yet, even at top sterility clinics, only a quarter of patients managed to get pregnant.

The public came to believe that infertility could have a psychiatric root largely because non-psychiatric physicians got behind the idea.

Psychological researchers helped fill the gap, contributing to theories about mental causes of infertility. Some pointed to pathways between the brain and the endocrine system that might cause the release of harmful hormones. Others theorized that women’s unconscious hatred of their husbands or fear of sex might trigger spasms in the vaginal muscles or fallopian tubes, making conception impossible.

In one paper, two doctors proposed five psychological conditions that promoted sterility: stress, doubt about the ability to be a good parent, belief that sex is dirty, yearning for a baby because of “neurotic loneliness,” and “the women who resents her role in society because she perceives restrictions.”

As an example of that last issue, the authors pointed to a female lawyer who became pregnant after switching to a part-time schedule: “As her attitudes toward herself changed, her pelvic physiology underwent change and pregnancy then became a delightful anticipation rather than a hateful obligation.”

In another widely read case study, a psychoanalyst worked with “Sylvia,” a woman whose menstrual cycle had stopped as a result of restricted eating. Sylvia told the analyst that she had chosen to attend college in the hopes of suppressing her sexual urges, and had gone on to enter a loveless marriage. After months of treatment, she began eating better and eventually became pregnant. Epstein writes that the case was seen as proof that “infertility was the sad product of a personal battle against accepting women’s true role in society.”

Epstein writes that the public came to believe that infertility could have a psychiatric root largely because non-psychiatric physicians got behind the idea. She notes that fertility specialists had their own reason for buying into the mental health diagnoses: When they couldn’t help a patient with their medical solutions, labeling the problem as a mental one helped minimize the number of undiagnosable cases in their statistical reporting.

As the twentieth century went on, new studies discredited the psychiatric explanations for infertility. But they remained a strong force in the public imagination and continue to influence American attitudes today.

Infertility and The Art of Waiting

Our Friday Reads: a new book by Belle Boggs called The Art of Waiting.