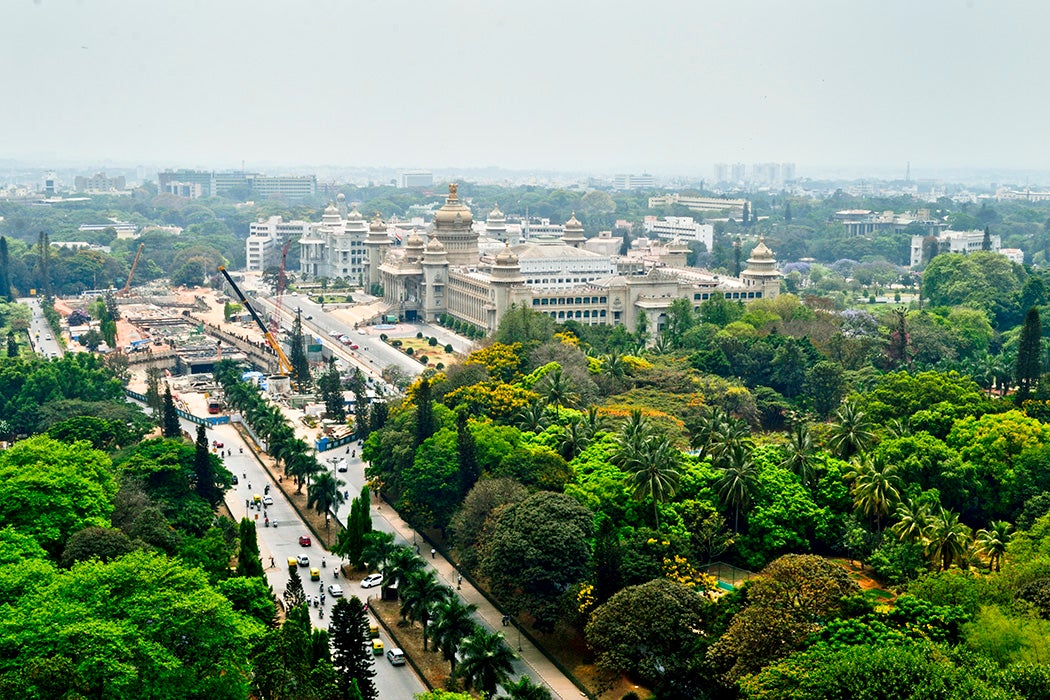 Fifty years ago, the burgeoning metropolis of Bangalore, soon to be dubbed the “Silicon Valley of India”, had a plan that seemed simple on paper. Based on a century-old British concept for city layout, they would preserve a “green belt” of land to encircle the urban center, zoned only for fields, forests, and open space. Instead of growing indiscriminately, the nearby city would be ringed by crops and pastureland, which could feed the urban population and provide a host of environmental benefits.

The “green belt” still exists, but might be unrecognizable to planners from the early 1970s. It is a source of tension and resentment among some residents, including farmers, and it’s hardly altogether “green”. Instead, Bangalore’s shifting and shrinking “green belt” reflects how complicated land planning can be in an ever-urbanizing world struggling to strike a balance with vegetated spaces.

Fruiting plants were so prolific in Bangalore through the mid twentieth century that it earned the nickname “garden city.

Decades before Bangalore’s green belt was proposed, a full quarter of the incorporated city was occupied by gardens. Just as California’s famous Silicon Valley was once known as the “Valley of Heart’s Delight” for its flourishing farms and orchards, fruiting plants were so prolific in Bangalore through the mid twentieth century that it earned the nickname “garden city.” Bangalore’s green belt was originally conceived to maintain a nearby supply of food, as the city expanded and grew denser.

By the 1980s, the purpose of the undeveloped land around the city had evolved to emphasize tree plantations and open spaces for leisure. By the 1990s, guidelines had been amended to allow exceptions for dozens of industries as well as resorts, hospitals, and infrastructure to proliferate.

“People who want to cheat farmers by paying a lesser price will come to buy our land,” offers one young van driver interviewed by urban researcher Meghana Eswar, as part of a study on the green belt’s evolution. Many farmers know they could earn more by selling their agricultural land to developers under the table than by farming it, especially since they can’t afford to pay young would-be farm hands enough to lure them away from lucrative city and factory jobs supporting the tech boom.

Despite these apparent failings, Eswar contends that the green belt is still useful. Zoning land within the “green belt” for agriculture or open space didn’t entirely deter development, but those areas are certainly less built up than nearby lands not included in the green belt. And the many adjustments to the green belt’s original intentions can be viewed as necessary changes to reflect realities early planners couldn’t have foreseen: a tech revolution, increasingly scarce water resources for agriculture, and back-to-back decades of exponential population growth within Bangalore. The result is a patchwork of “peri-urban” land: rural in some respects, urban in others, and evolving by the year, as both bureaucratic planners and the forces of human want and need continue to shape the land in tandem.

The Green Belt of Bangalore
By: Meghana Eswar
Theoretical and Empirical Researches in Urban Management, Vol. 16, No. 2 (May 2021), pp. 21-38
Research Center in Public Administration and Public Services 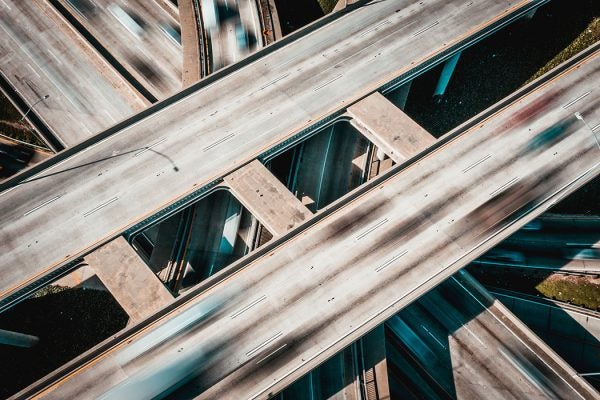 The Permanent Crisis of Infrastructure

Ever since it entered public consciousness in the 1980s, infrastructure has been synonymous with decline.