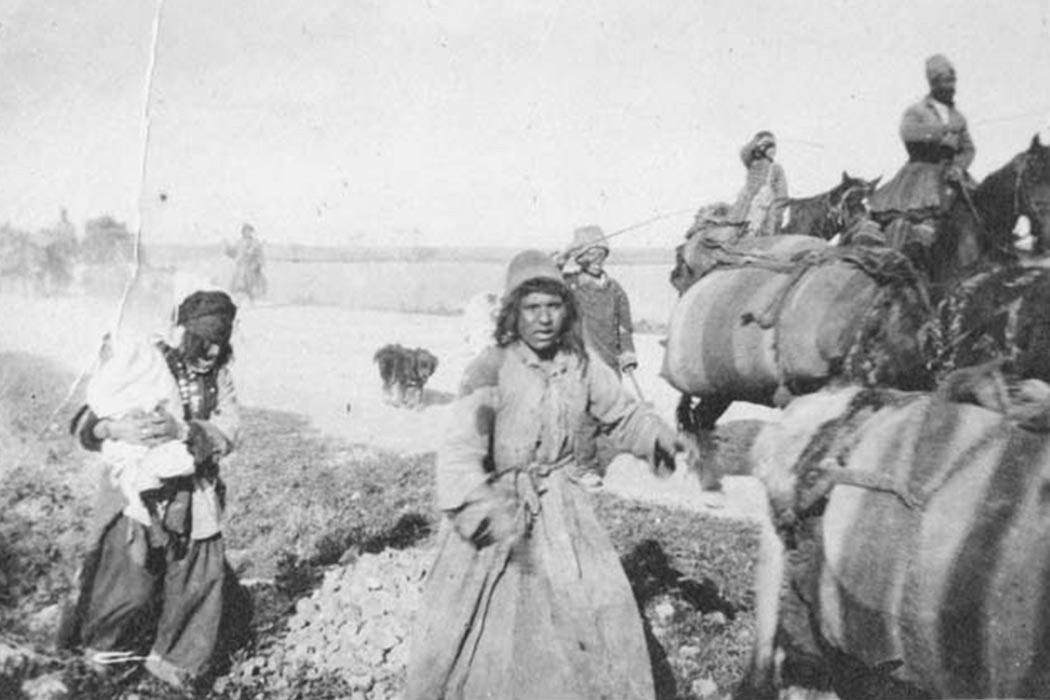 The European Court of Human Rights recently ruled that Switzerland violated Turkish socialist party chairman Doğu Perinçek’s freedom of expression after both district and federal Swiss courts found Perinçek guilty of racial discrimination. Perinçek had called the Armenian Genocide an “international lie” while visiting Switzerland, where it is illegal to deny it. But the ECHR said in the ruling that freedom of expression is guaranteed by Article 10 of the European Convention on Human Rights, and that ideas that offend, shock, or disturb are also protected by Article 10. While some see the ruling as a victory for free speech, hard-line nationalist Turks are hailing the court’s decision as confirmation that there was no Ottoman-perpetrated genocide.

The ruling against Switzerland for convicting Perinçek comes at a time of heightened international awareness of the 1915 Armenian killings, as 2015 marks the pogrom’s 100-year anniversary. Many events were organized to commemorate the anniversary in Armenia—where April 24 is Armenian Genocide Remembrance Day—and other places the Armenian diaspora live. But Turkey’s interpretation of the Perinçek ruling demonstrates that Turkey and Armenia are as far from reconciliation as ever.

The Armenians and Turks in Anatolia

The Armenians, who converted to Christianity in the early 4th century, are an ancient people who originate from the eastern part of modern Turkey near the region of Mount Ararat,. The largest Armenian kingdom, under Tigranes II the Great (95–55 BCE), encompassed Palmyra and Damascus in the south, the Caucasus in the north, and much of central and western Anatolia—the modern Turkish peninsula that lies between the Black and Mediterranean seas. Since the time of Tigranes, Armenian “independence ha[s] been interrupted by periods, often long periods, of conquest and subjugation by more powerful peoples,” including, eventually, various Turkish tribes.

The Turks hail originally from Central Asia. Beginning in the 10th century, Turkic-speaking nomadic warriors streamed from the steppe north of the Caspian and Aral seas and, eventually, pushed farther south and west over the Armenian plateau and into the Middle East and Anatolia. One powerful tribe, the Seljuqs, converted to Sunni Islam, captured Baghdad from the Arabs in 1055, and routed the Byzantines in one of the most pivotal battles in world history, the Battle of Manzikert, in 1071. At the time of the battle, Anatolia, where an estimated 12 million people lived (including Armenians, Byzantines, and others), was still largely Christian. But after 1071, the Turkish tribes that had before mostly raided Anatolia and returned to their homes near modern-day Iraq, now settled there. Five hundred thousand Turkish men, women, and children moved west, and Anatolia has been culturally Turkish and predominantly Sunni ever since.

The Young Turks seemed to represent a future in which all Ottoman subjects regardless of ethnicity or religion would be treated equally.

In the 14th century, an even more dominant—and longer-lasting—Turkish tribe emerged, the Ottomans. After their capture of Constantinople in 1453, the Ottomans consolidated their power in Anatolia and expanded their empire from south of Mecca to the outskirts of Vienna, which they nearly conquered (twice). However, after 1700, the Ottomans stagnated for more than a century and in the 1800s began to lose a massive amount of territory, in particular to France and Great Britain, even before World War I.

The Committee of Union and Progress (CUP, better known as the Young Turks) came to power in the Ottoman Empire in 1908 after ousting the authoritarian Sultan Abdülhamid II, who is widely considered the last Ottoman sultan who had any real power. (In 1922, the sultanate was abolished, and in 1923, the modern Republic of Turkey was founded.) Abdülhamid was responsible for a less well-known 1894 pogrom that resulted in the killing of between 100,000 and 300,000 Armenians. These are known as the Hamidian massacres. With the ousting of Abdülhamid, the Ottoman Armenians experienced a moment of relief, and even hope. The Young Turks seemed to represent a future in which all Ottoman subjects regardless of ethnicity or religion would be treated equally before the law, and some Armenians even allied with the Young Turks in the belief that replacing the sultan with a constitutional form of government would benefit Ottoman minorities.

Their hope was short-lived. As Belinda Cooper and Taner Akçam, writing for World Policy Journal, explain, resentment toward the Armenians grew in the years leading up to World War I as “preferential trade agreements forced upon the [Ottoman Empire] by the Western powers, whose nationals preferred dealing with Christians,” and increased “the economic and social power” of the Armenians at the expense of the Turks. At the same time, with nationalist movements sweeping Europe, ethnic and religious minorities within the Ottoman Empire’s borders also began to clamor for greater autonomy, and the Armenians, who had been subjugated by foreign powers for centuries, were no exception. The delicate balance the theocratic Ottoman state had created between its Muslim subjects and the dhimmi, or second-class (Christian) peoples—a system that had endured for hundreds of years—began to unravel.

Two million Armenians lived in the Ottoman Empire on the eve of World War I. By 1922, less than 400,000 had survived.

By the end of 1914, with the Ottomans at war against Russia, and already suffering major defeat in the Caucasus, the Young Turks viewed the large concentration of Armenians in eastern Anatolia, in particular, as a growing geopolitical threat. War Minister Enver Pasha’s Directive 8682 from February 25, 1915, called for the removal of all ethnic Armenians serving in the Ottoman army. In April that year, the Ottoman state began arresting—and executing—Armenians, beginning with 250 intellectuals and other high-profile leaders in Constantinople. And on May 29, the CUP passed the Temporary Law of Deportation, and the forced marches to the Syrian and Iraqi deserts began. Two million Armenians lived in the Ottoman Empire on the eve of World War I. By 1922, less than 400,000 had survived.

Turks don’t deny that large numbers of Armenians died during World War I, but the official explanation of the Turkish government is that their deaths were the result of war, not systematic, government-ordered extermination. Turks sometimes refer to the Armenian Genocide as “the so-called Armenian Genocide,” or sözde Ermeni soykirimi. Because some Armenians allied with the Russians against the Ottoman Empire, they also claim that the state had a right to protect itself.

Although it is illegal in Switzerland, and several other countries, to publicly deny the Ottoman’s genocide of Armenians in 1915, in Turkey the opposite is true.

Jeremy Salt, a British-Australian journalist-turned-academic who teaches at Bilkent University in Ankara, Turkey, concurs: “…the events of 1915…did not occur in a vacuum. The decision to ‘relocate’ the Armenians was taken after a year in which Armenian guerilla bands incited and armed by the Russians…had thrown themselves into the war effort against their own government” with the goal of “carving an independent state out of the historical Armenian homeland straddling the Ottoman-Russian border.”

Although it is illegal in Switzerland, and several other countries, to publicly deny the Ottoman’s genocide of Armenians in 1915, in Turkey the opposite is true. In a country with more 14 journalists imprisioned, the threat of jail—or worse—is real (and ironic, given the European Court of Human Rights’ free speech ruling in favor of permitting the genocide’s denial).

Turkish Nobel laureate Orhan Pamuk is the most famous of the dozens of writers who have had criminal charges brought against them under Article 301 for insulting Turkishness (a federal crime in Turkey) with regard to comments he has made about the killings of Armenians and Kurds during World War I. “A million Armenians and 30,000 Kurds were killed in this country, and I’m the only one who dares to talk about it,” he said in an interview in 2005. Threats against his life increased to such an extent after that comment that he had to leave Istanbul, and lived outside Turkey for nearly a year. But he had some protection—if no guarantee that he would be safe—as an international figure. Charges against him were dropped more recently, and the death threats have largely subsided so that he no longer always uses a bodyguard.

Another writer, Hrant Dink, less famous outside Turkey but very important within the country, was shot dead in Istanbul in January 2007 by a 17-year-old boy named Ogün Samast. Dink was a Turkish-Armenian editor and columnist who had been prosecuted three times for “denigrating Turkishness” and had already received several death threats from Turkish nationalists before being assassinated.

It’s clear that as the Armenian struggle for full official recognition of the World War I genocide enters its second century, the stakes for both countries remain high. Armenia says it will not seek to normalize relations with Turkey—the two countries have no diplomatic ties and their border remains closed—until Turkey admits that the Ottoman Empire tried to exterminate its people. And the European Union wonders aloud whether Turkey should be admitted into that body when it cannot come to terms with its history. Moreover, the atrocities committed against the Armenians are a matter of moral significance that affects us all, argues Robert Krikorian, because they are “connected to broader themes, such as universal human rights, humanitarian intervention, and limits to state sovereignty.” 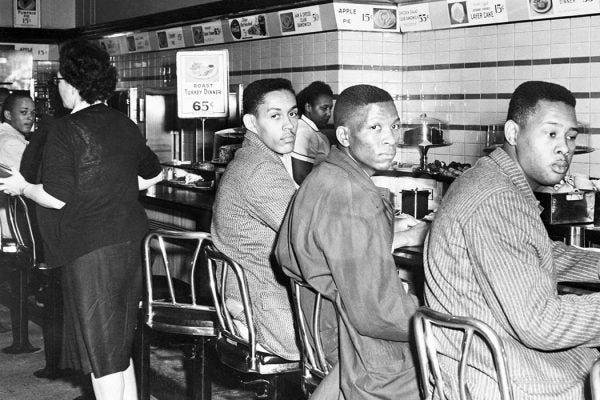 How the Body Can Shape Social Protest