An Artist Memorializes the Disappearing Palm Trees of Los Angeles 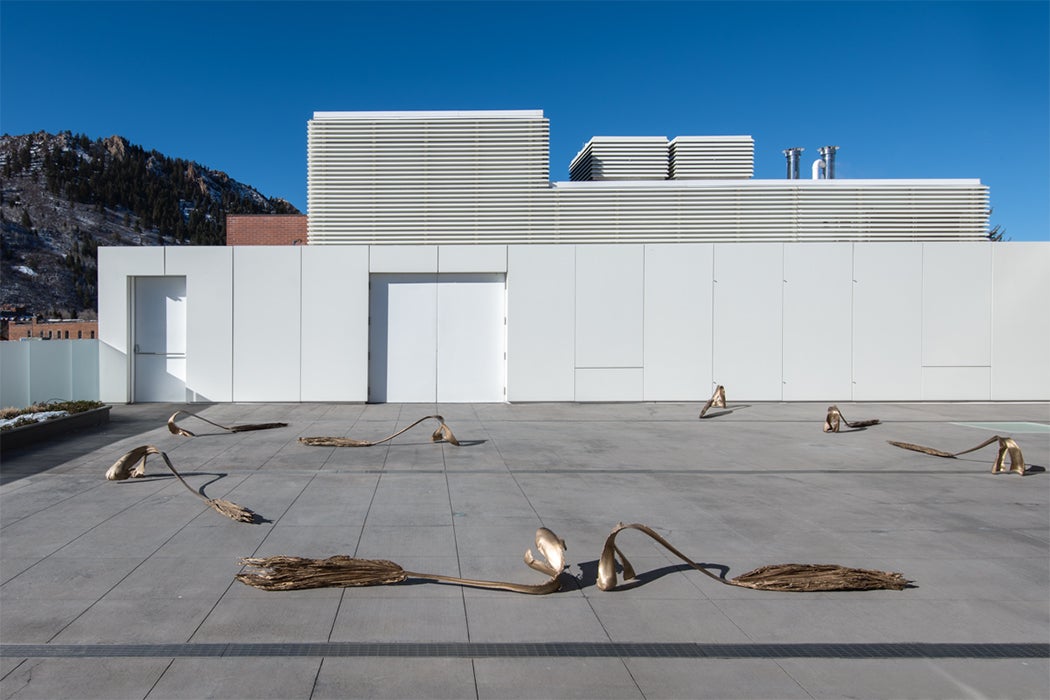 Every city has its local trash, from the pizza boxes of New York City to the rectangular metro tickets strewn on the sidewalks of Paris. In Los Angeles, it’s the palm fronds shed by the city’s iconic trees. Due to invasive insects, age, and a spreading fungus, they’re falling more frequently. Palm trees have a limited lifespan—about 75 to 100 years—often cut shorter by the invasive South American palm weevil (Rhynchophorus palmarum) and native Fusarium fungus. As scientists from Texas A&M and USDA-ARS describe in The Florida Entomologist, the weevil lays eggs in the base of the leaves, where larvae hatch and “damage the apical growth of the palm tree while feeding inside the trunk.” Soon, the trees themselves may vanish, or at least radically diminish in number.

In an ongoing project, Los Angeles-based artist Zoe Crosher casts found fronds in bronze. Her LA Like: Prospecting Palm Fronds series commemorates this detritus as a memorial to the disappearing trees. Using a lost-wax casting process, similar to that employed for grander monuments, the frond’s organic material is destroyed, leaving its spray of leaflets and fibrous stem immortalized in metal. Each is then titled with the intersection where it was collected. Crosher’s sculptures are currently displayed on the roof of the Aspen Art Museum, scattered as if dropped from tree.

Palm trees in LA are so ubiquitous, it’s easy to forget that they aren’t originally from Southern California.

Beginning in the early 1900s, Los Angeles was marketed as a “20th-century Garden of Eden,” an escape from the East Coast crowds with clean air and a Mediterranean feel. Palms were part of its exoticization. “The date palm (Phoenix dactylifera) played a role in helping to transform the California (and Arizona) desert into a Middle Eastern oasis,” writes historian Richard Francaviglia in Go East, Young Man. The silhouette of that tall palm topped with a dynamic crown is now as associated with Hollywood as it is with its native Fertile Crescent. Francaviglia adds, “The first date palms were brought to California by the Spaniards, but it was the Anglo-Americans who would help make them a premier symbol of the new Near East in Southern California.”

The 1905 aqueduct that transported water from the Colorado River to the Los Angeles Basin caused a surge in middle-class housing. One type of palm called Phoenix canariensis, the Canary Island date palm, was especially popular for its elegance. “Home owners of modest means could convincingly emulate the larger gardens of the state’s wealthiest citizens,” notes botanist Scott Zona in Garden History.

The date palm was joined by the towering queen palm, the squat but showy Chinese fan palm, the slow-growing Kentia palm, and others. In 1931 alone, 25,000 palms were planted by Los Angeles’s forestry division. While they are striking against the blue skies and lining Sunset Boulevard like sentries, their environmental benefits are minimal compared with other street trees. They offer little shade, and they need a lot of water.

As Ally J. Levine reported for the Los Angeles Times, when the palms die, the city plans to replace them with native trees more adaptable to drought, with branches for shade. However, Levine adds that the city “vowed to maintain trees in areas that are iconic or have historic significance.” The palms will likely not disappear entirely, yet their dominance will wane as Los Angeles looks to a more sustainable ecological future. 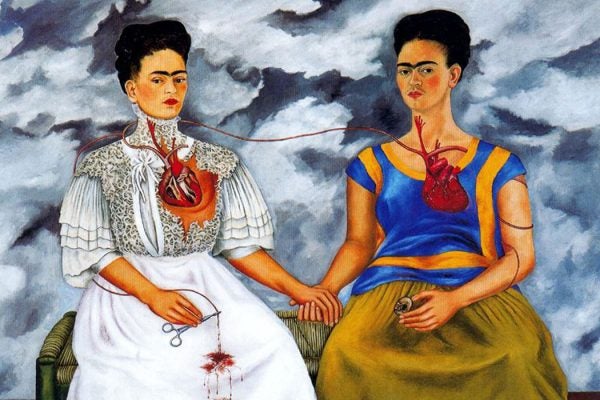 Did Frida Kahlo Suffer From Fibromyalgia?

Studying the artist's paintings may reveal more about the her early trauma and subsequent pain than suspected.