Did Frida Kahlo Suffer From Fibromyalgia?

Studying the artist’s paintings may reveal more about the her early trauma and subsequent pain than suspected. 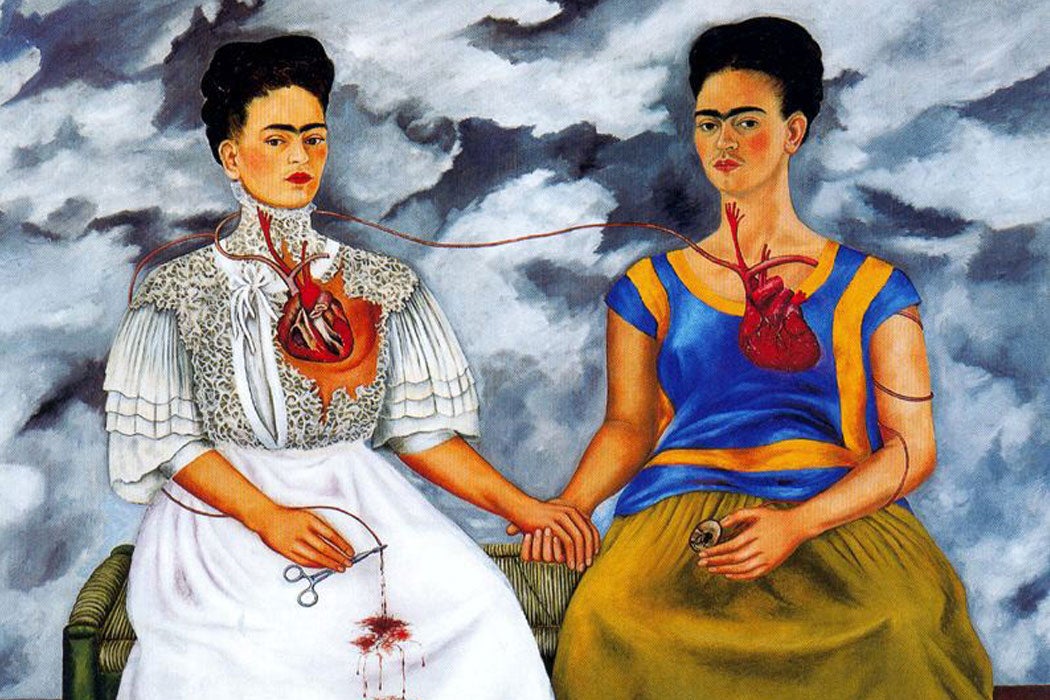 Artist Frida Kahlo has made the news in recent months—from Mattel’s newly released Frida Barbie and its subsequent legal battles with her estate, to actor and director Salma Hayek’s accusations against Harvey Weinstein when they worked together on Frida, to more recent medical considerations of Kahlo’s physical battle with ongoing pain and fatigue.

Over the years, many art historians and medical professionals have noted how Kahlo’s paintings address physical pain. In 1989, David Lomas and Rosemary Howell described Kahlo’s consistent depiction of medical injury and personal trauma related to her numerous miscarriages and ongoing surgeries. In discussing Kahlo’s accident, Lomas and Howell wrote that her “resulting scars were deeply etched.” They examine her painting The Broken Column, 1944, which they say references “that first trauma.”

In this self-portrait, Kahlo stands tall against an arid landscape, looking fiercely into the distance. The top half of her body is naked, wearing only brace and revealing a broken column where her spine would be. Scattered across her body, nails prick into her skin on her arms, shoulders, torso, neck, and face. “By using a technique gleaned from medical illustrations,” Lomas and Howell argue, “her body is shown open to display her shattered spine…The body as a temple has been desecrated and laid to ruin.”

The Broken Column is “a painting about penetration.”

Liza Bakewell’s feminist reading of this same painting states that “[t]his is a painting about pain, but it is also a painting about penetration—penetration of Frida’s body by the accident, by machines, and by modern medicine,—by the patriarchy.” She describes The Broken Column, noting that “[h]er body is Christ-like; nails pierce her; tears run down her cheeks; and a white sheet, a loincloth, covers her lower torso. Medical straps bind her since her spine—a broken, Ionic column—betrays her.”

In reconsidering this and Kahlo’s other self-portraits, more and more doctors and art historians are starting to speculate whether she actually suffered from fibromyalgia. Medical doctors Manuel Martínez-Lavín et al. argue that Kahlo likely suffered from post-traumatic fibromyalgia, possibly triggered by her well-documented and violent street-car accident at the age of 18. For most of her life thereafter, Kahlo endured widespread pain, multiple invasive corrective surgeries, and recurrent fatigue. The doctors note that the disorder “is characterized by persistent widespread pain, chronic fatigue, sleep disorders…and the presence of tender points in well-defined areas.” Perhaps the nails Kahlo painted document her multitude of tender spots, a common fibromyalgia symptom? These newer studies point to the fact that “the onset of fibromyalgia after physical trauma is well-recognized,” although it would not have been so during Kahlo’s life.

Kahlo carefully documented her physical and emotional pain, painting fifty-five self-portraits during her forty-seven years of life. In studying her paintings, new light might be shone on this disorder, expanding the ongoing conversation about gender and pain.