The American Counter-Narrative of Ledger Drawings

Plains Indian ledger drawings offer a rich counter-narrative to the often-glamorized, or forgotten, history of the American West. 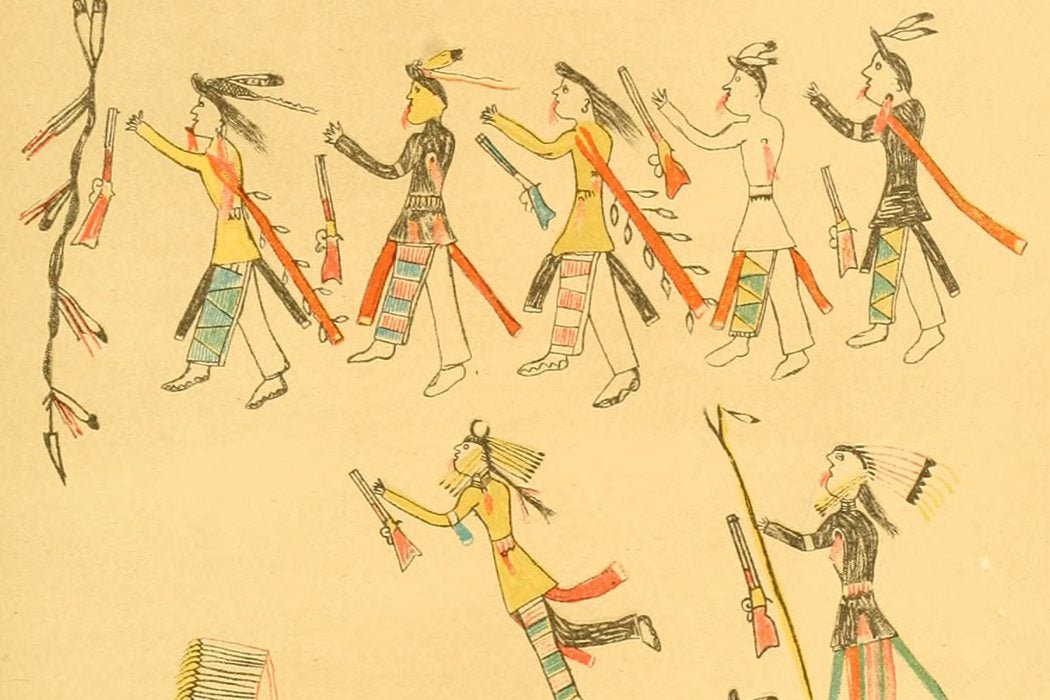 A group of US Army Veterans recently trekked to Standing Rock, North Dakota to offer support, solidarity, and protection to the water protectors there. These veterans, led by Wes Clark Jr. (son of retired US Army general Wesley Clark Sr.), visited Native American elders to offer apologies for the US military’s past wrongdoings. Such apologies are first steps towards reparations, and could serve as a catalyst for Americans to revisit our whitewashed U.S. history—one that is often fraught with collective amnesia.

Art historian Janet Catherine Berlo, however, reminds us of ledger drawings, artworks that offer a rich counter-narrative to US history, as told from the perspective of the Plains Indians. In these drawings, male Kiowa, Sioux, and Cheyenne artists offer insight into an often-ignored American history, including the depiction of battles, details of reservation life, and the process of forced and violent acculturation at boarding schools and prisons.

In the art of Native American ledger drawings, the dispossession is multi-layered and traumatic.

Two poignant examples of such counter-narratives both come from the ledger drawings of Wo-Haw. In “Reading Class at Fort Marion,” 1875–77, Wo-Haw depicts a groups of Native American men seated at two tables arranged in an L-shape, surrounding a white female teacher. These men depict some of the “six dozen Cheyenne, Kiowa, and other Plains warriors” who, as Berlo describes, “had been rounded up at Fort Sill, Oklahoma, in April of 1875, ostensibly for their crimes against white settlers, and sentenced to three years’ imprisonment at [Fort Marion].”

As prisoners there, these warriors were assimilated through a process of forced acculturation—made to cut their long hair, shed their cultural dress, and learn to read and write English. Wo-Haw documents this all powerfully, as he depicts the spirit of a Native American elder watching by from the sidelines,  making visible the culture which such prisons and boarding schools sought to eradicate.

Similarly in “Wo-Haw Between Two Worlds” from 1875, Wo-Haw depicts himself standing between his Native and Western life, with one foot quite literally in both, with one half of body, soul, livelihood, and surroundings now split between two disparate cultures and ways of life.

In the ledger drawings, the dispossession is multi-layered and traumatic: there is a dispossession of occupancy, property, education, and culture. Learning about this history is one step non-Native Americans can take on a path towards asking for forgiveness and making reparations. 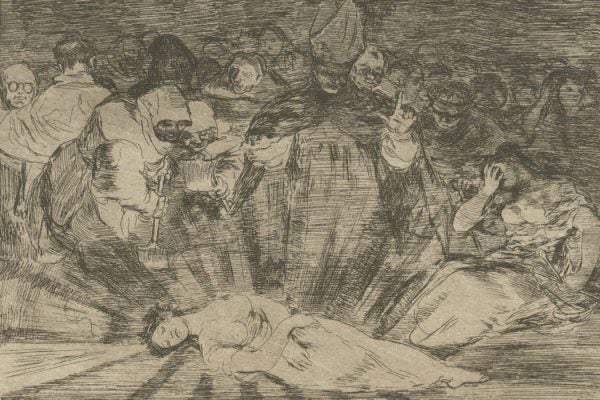 2016 was certainly an unstable time in history. Even the way we use language to convey our collective fears about the state of society seems fractured.