“Now the old men are folding their arms and going to sleep,” said William H. Seward while campaigning for Lincoln, “and the young men are Wide Awake.” 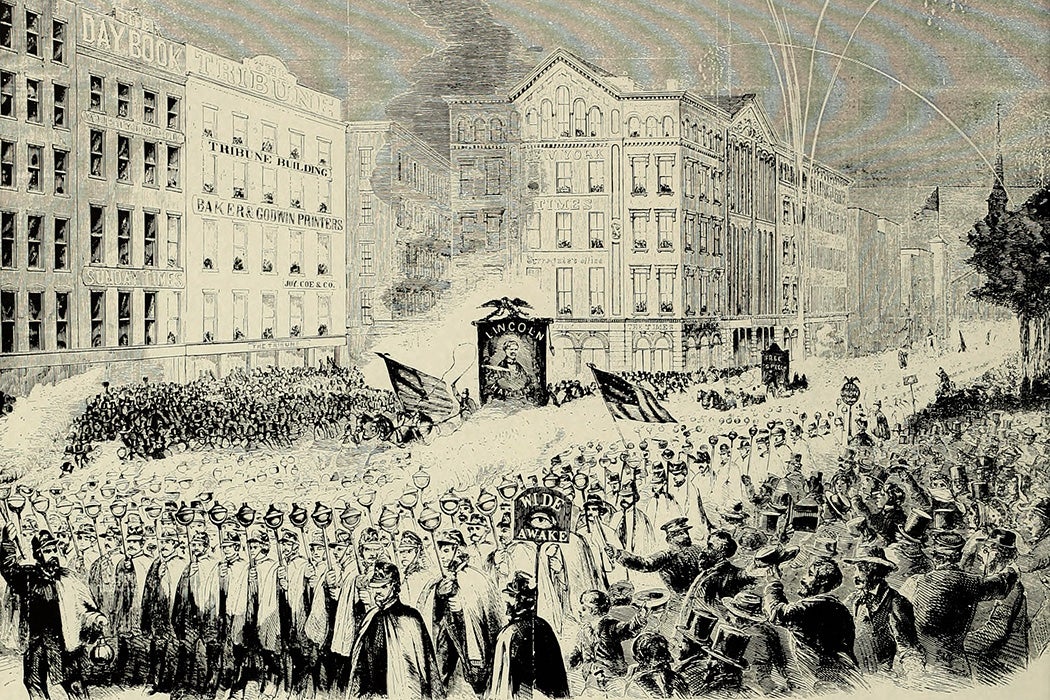 During the four-way race for President in 1860, the six-year-old Republican Party found support from a new generation of voters who helped push Abraham Lincoln to victory. They were known as the “Wide Awakes,” because of their youth, enthusiasm, and torch-lit nighttime marches. “Now the old men are folding their arms and going to sleep,” said William H. Seward while campaigning for Lincoln, “and the young men are Wide Awake.”

There were even anti-Wide Awake factions, like the Chloroformers, who would put the Wide Awakes to sleep.

The historian Jon Grinspan, writing in the Journal of American History, calls the Wide Awakes “a strange movement that electrified the presidential election.” He records the fact that:

Young men from Bangor to San Francisco and from huge Philadelphia clubs to tiny Iowa troupes donned uniforms, lit torches, and ‘fell in’ to pseudomilitary marching companies. They flooded every northern state and trickled into upper South cities like Baltimore, Wheeling and St. Louis.

Southern elites felt threatened by the Republicans, a party founded in 1854 by, among others, those who stood against slavery—or at least its expansion. Ballots for Lincoln wouldn’t even be distributed in ten Southern states. Some Southerners, and their Northern supporters, were sure the military-style Wide Awake cohorts were readying an invasion. There were even anti-Wide Awake factions, like the Chloroformers, who would put the Wide Awakes to sleep.

Grinspan’s history offers a bit of the flavor of mid-nineteenth-century campaigning. Elections were tumultuous, even on occasion violent, as rivals brawled. “Parties fielded complex campaign machines in a vicious public battle on behalf of their nominees,” he writes. At the time, presidential candidates didn’t tour the country. In fact, they were rarely seen. Lincoln spent the summer in “quiet seclusion in Springfield,” Illinois. The only mass media was print, and newspapers didn’t pretend to be nonpartisan. Candidates had surrogates, like Seward for Lincoln, and political machines rallied and paraded and bought drinks for voters.

The Wide Awakes were remarkable for their youthfulness, ranging from males too young to vote to males in their thirties, and for their uniforms. They wore military-style caps and cloaks, which were often enameled to protect them from the oil dripping from their torches. But all the excitement, torches, and uniforms were more about spectacle and socializing than ideology. Some Wide Awakes were avowed abolitionists, but most identified with the Republicans because of a “superficial but evocative sense of political and sectional unity.” They thought the future belonged to them, not the tired and corrupt figures of the previous quarter century—during which no President survived more than one term. Mechanics, clerks, other wage laborers, and farmers predominated in the Wide Awakes.

The only polling in 1860 was the actual voting. Turnout was 81.2% of those eligible to vote (a cohort that consisted only of white men). That’s the the second highest turnout in our history, after the election of 1876. The highest turnout of the twenty-first century so far has been 58.2%, in 2008. Grinspan writes:

Youth and militarism distinguished the Wide Awakes from the hundreds of other clubs milling around nineteenth century elections… Using popular social events, an ethos of competitive fraternity, and even promotional comic books, the Wide Awakes introduced many to political participation and proclaimed themselves the newfound voice of younger voters.

Lincoln, of course, won with a plurality of the popular vote, 39.9 of the vote, winning 18 northern and western states, with 180 electoral votes. John C. Breckinridge, winner in what would become the Confederacy, won 11 southern states and 72 electoral votes. Some of the Wide Awakes, who went on to fight for the Union in the Civil War, later wondered if they were preparing for it beforehand with their enthusiastic, military-style performances and rough and tumble politics.

But Grinspan doesn’t think the Wide Awakes themselves made much of a difference in the election. Although thousands of new voters were drawn to the polls, he thinks “Lincoln probably would have won without the movement.” What they helped create instead, he argues, was focus in muddled political times, a whipping up of the enthusiasm of other voters: “By the end of 1860, the nation was wide awake.”

"Young Men for War": The Wide Awakes and Lincoln's 1860 Presidential Campaign
By: Jon Grinspan
The Journal of American History, Vol. 96, No. 2, Abraham Lincoln at 200: History and Historiography (Sep., 2009), pp. 357-378
Oxford University Press on behalf of Organization of American Historians 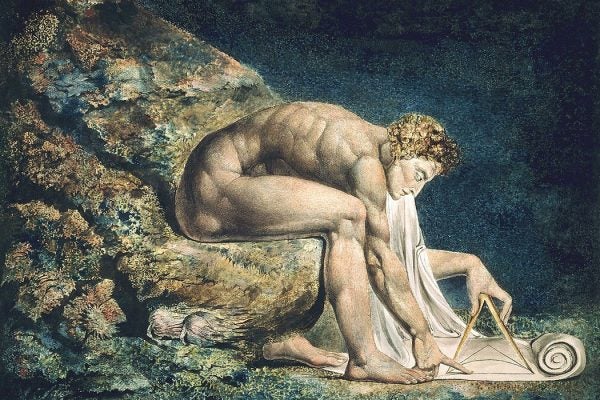