A Weed is but an Unloved Flower

“Whatever Otherness weeds may possess, it is an outcome of human artifice.” 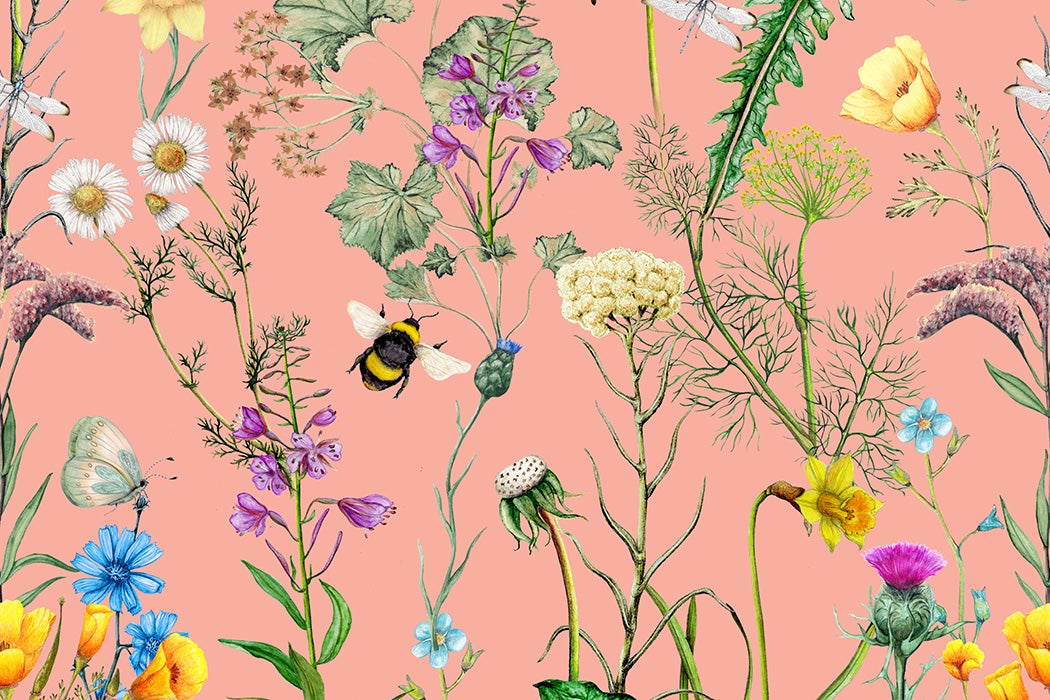 On sight, weeds and wildflowers don’t appear to differ much, as they’re both categories of plants that grow without intercession. But they’re usually perceived very differently—weeds are a nuisance, while wildflowers may be more desirable.

In this study , author Neil Clayton explores how weeds have been defined throughout history, demonstrating that humankind has often defined nature in many more ways than taxonomy – which can have its consequences.

While weeds have often examined in a scientific or geographic context, they have often been less explored historically or culturally. Despite this, the definition and discourse surrounding weeds can be found across cultures and time periods.

Historically, Egyptian, Sumerian, and Assyrian cultures did not have a parallel word for weed because all plants were considered useful.

Clayton defines the problem at hand simply: “ ‘Weeds’ and ‘weediness’ are two ideas that have been constructed and reconstructed across millennia. The flora which have come to be called weeds and we, the species which has called them that, have been contesting places for something like ten thousand years.”

To study how weeds have been defined throughout history, Clayton consulted texts ranging from old civilizations to more modern writings from herbalists, naturalists, and other authors.

Generally, it may be thought that you can determine a weed by sight. Clayton gives the example a mid-western American farmer may view weeds as plants that take away space or profit from agriculture. But it hasn’t always been that simple.

But historically, Egyptian, Sumerian, and Assyrian cultures did not have a parallel word for ‘weed,’ because all plants were considered useful. Greeks, however, had a word to categorize weeds as ‘noxious herbs.’ Similarly, Pliny and Virgil had words to describe weeds in their texts, but there is not a direct word in Latin. Biblically, weeds were used as parables in the Old Testament, comparing the toil of life to “a battle with weeds.”

On the other hand, otherness could be appealing. Romantic 18th and 19th century British poets often preferred wild gardens over manicured ones. They also often praised common agricultural weeds for their beauty. English writer John Ruskin referred to gardens as “an ‘ugly thing’ compared to wild nature.” In a similar metaphorical context, Thoreau famously wrote of meadows and forests as true nature.

More modern definitions of weeds continued to link weeds to agriculture or undesirability. Overall, these classifications are illuminating. “[These] syntheses give us an approximate measure of where and when some plants became the Other, and of where and when humanity, at least in the West, began to conceptualize and articulate weediness.”

There are differences in modern definitions as well. The director of London’s Kew Gardens in the 1960s defined weeds as “plants where we do not want them.” Similarly, modern agriculture in New Zealand, point to weeds as hindrances to farming and production noting that even nonnative species may be preferred as more productive species.

Ultimately, by exploring history and many different views on weeds, Clayton narrows in on one take-away. “Whatever Otherness [sic] weeds may possess, it is an outcome of human artifice.”