A War of Liberation for Afghan Women?

The Taliban’s gender-based repression was part of the US argument for invading Afghanistan. 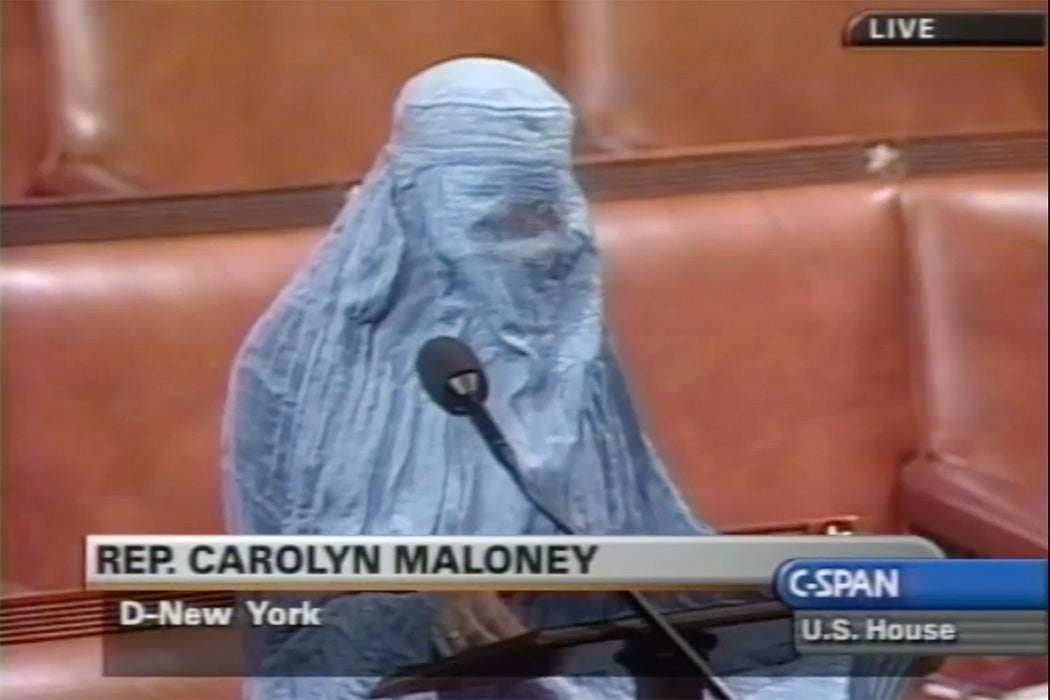 The plight of girls and women under the Taliban was a major selling point of the invasion of Afghanistan in 2001. Two decades later, with the withdrawal of foreign forces from the country and the return of the Taliban to power, the plight of Afghan women and girls has again taken center stage.

Sociologist Kim Berry details how public knowledge of the Taliban’s “gender-repressive strategies” spread during the initial conception of the “war on terror” after 9/11. But could a military effort to go after the masterminds of the 9/11 attacks also be a war of liberation for women?

There were “critical omissions and misrepresentations” in the symbolic use of Afghan women and girls during the mobilization for war.

Berry argues that there were “critical omissions and misrepresentations” in the symbolic use of Afghan women and girls during the mobilization for war.

For one, the history of American support for the Taliban and its precursors was ignored. During the Soviet–Afghan War (1979-1989), the United States and its allies funneled some $10 billion to the fundamentalist Mujaheddin. This, Berry writes, set the “material and ideological conditions for the eventual domination of the Islamicists in Afghan politics.”

Once the Soviets withdrew from Afghanistan, in 1989, the resulting power vacuum initially led many Afghans to welcome the Taliban, made up of elements of the Mujaheddin, in the name of law and order. American officials, on the other hand, were preoccupied by the prospects for a natural gas pipeline to be built by Unocal, a Texas-based oil company, and a Taliban crackdown on opium. The status of women was much less important to the Americans.

All this changed, at least rhetorically, after 9/11. For example, in a radio address, first lady Laura Bush argued that the “fight against terrorism is also a fight for the rights of women.” Representative Carolyn Maloney wore a burqa in Congress, while the State Department issued a report detailing Taliban misogyny. Mainstream media followed along, including a Time cover story entitled “Lifting the Veil.”

But then the stated agenda of liberating women met the reality of Afghanistan. Groups like the Northern Alliance, allied with the US-led invasion force, were often composed of former Mujaheddin who could be as violently patriarchal as the Taliban. Individual anti-Taliban allies like General Rashid Dostum were charged by human rights groups with “mass killings, torture, abduction, and rape.”

Meanwhile, the euphemism of “collateral damage” encompassed bombing raids and cruise missile assassination strikes that killed civilians, meaning women and girls as well as men and boys. Berry quotes one critic of the war who argued that the alleged concern for women put a “feminist glow on some of the most brutal bombings.”

In the end, Berry writes, both the Americans and the Taliban used women as symbols for their respective causes:

For the Taliban, control of women symbolized adherence to the hybridization of Pashtun traditions with a radical interpretation of Islam—their recipe for the creation of an ideal society. The United States has used Afghan women as a symbol to legitimate their bombing campaign…and more broadly to legitimate their “war on terror.”

All this made for a contradictory way of “fighting for the rights and dignity of women,” as Laura Bush put it.

THE SYMBOLIC USE OF AFGHAN WOMEN IN THE WAR ON TERROR
By: Kim Berry
Humboldt Journal of Social Relations, Vol. 27, No. 2 (2003), pp. 137-160
Department of Sociology, Humboldt State University