A Puritan War on Wigs

In colonial New England, moral quandaries were everywhere. A surprisingly big one in the 17th and 18th century was whether it was okay to wear a wig. 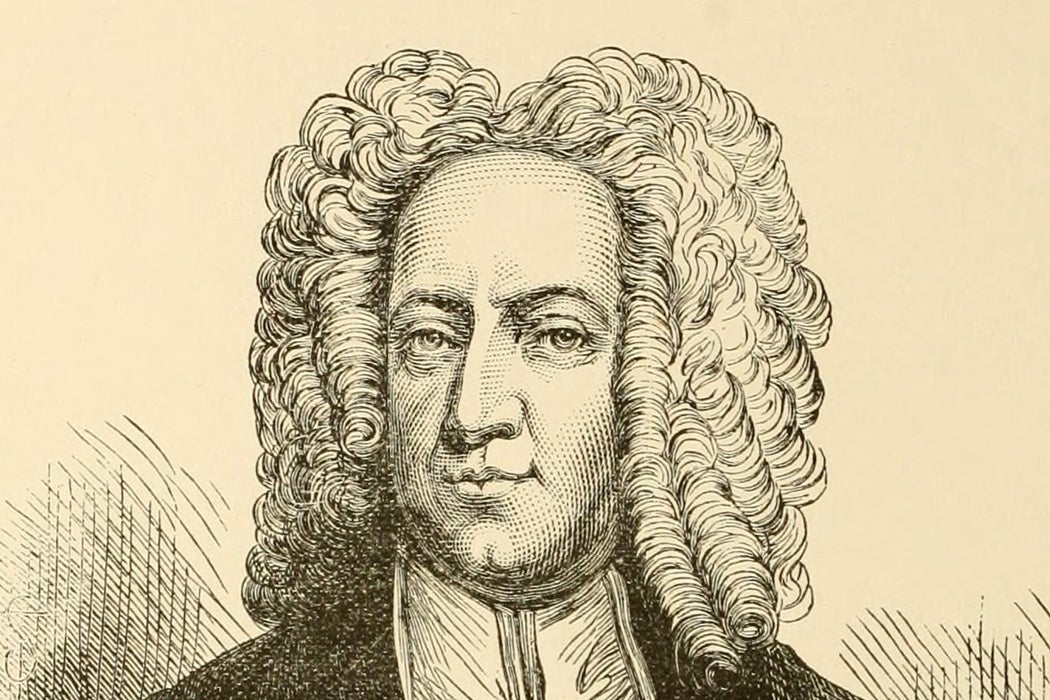 In colonial New England, moral quandaries were everywhere. And, as Richard Godbeer writes, a surprisingly big question in the late seventeenth and early eighteenth centuries was whether it was okay to wear a wig.

Even before wigs became trendy, some early colonial patriots despised all sorts of personal grooming choices that suggested vanity. In a 1654 treaties titled “The Loathsomeness of Long Hair,” Thomas Hall declared elaborate coifs to be “against the modest, civil, and commendable custom of our nation, til lately that we began to follow the French and Spaniards, who yet are known Papists and Idolaters.”

But as New England grew richer, and took in settlers who were less devout, it couldn’t avoid worldly fashions. Wigs arrived from France, symbolizing the rise of a more complicated, more consumer-oriented society. In towns where everyone once knew everyone else by sight, specific kinds of wigs and clothing now allowed people to recognize where a stranger fit in the social hierarchy. But some worried that they could also help poorer people impersonate someone above their station.

For some clergy, wigs disrupted the key value of stable, hierarchical “gospel-order.”

Cultural conservatives “feared the moral implications of social ostentation and of the commercialization that made it possible,” Godbeer writes. “[T]he use of trade to acquire status and of debt to enable what was otherwise impossible struck many preachers as dishonest and disruptive.”

To some colonists, wigs seemed like an innocuous way to stay warm and achieve an appropriate appearance. Congregationalist pastor Solomon Stoddard argued that God allowed man “by art to supply the defects of nature.” And Cotton Mather—who, himself wore a shoulder-length white wig in a 1728 portrait—preached against excessive zeal directed toward “an innocent fashion” in the face of larger moral concerns.

But for others, wigs disrupted the key value of stable, hierarchical “gospel-order.” In a 1702 “Essay against Periwigs,” Nicholas Noyes worried that older men used wigs to appear younger, shirking the honor and responsibility of becoming an elder advisor to the young. Benjamin Colman warned that those who tried to “trip with levity to [their] grave[s]” and adopted “the modes, liberties, and customs” of youth would undermine their own authority and become ridiculous.

Just as worryingly, wigs blurred the lines between men and women. Noyes noted that most wigs were made from women’s hair, which created “an unnatural incongruity between the complexion and hair, when the complexion and constitution [was] masculine and the hair feminine”—something akin to the locusts of Revelation, “man-faced, woman-haired, lion-toothed, scorpion-tailed, horse-shaped.”

But warnings about vanity and subverting the natural order didn’t win everyone over. Wigs seemed to many colonial men like a sensible fashion choice. By the early eighteenth century, Samuel Sewall, an adamant opponent of wigs, earned the scorn and embarrassment of some acquaintances for the plain black cap he wore to public occasions. In 1720, as widower, he went courting Katherine Winthrop, who “spake something of [his] needing a Wigg.” Sewall responded that God “began to find me with Hair before I was born, and had continued to do so ever since; and I could not find in my heart to go to another.”

Reader, she did not marry him. 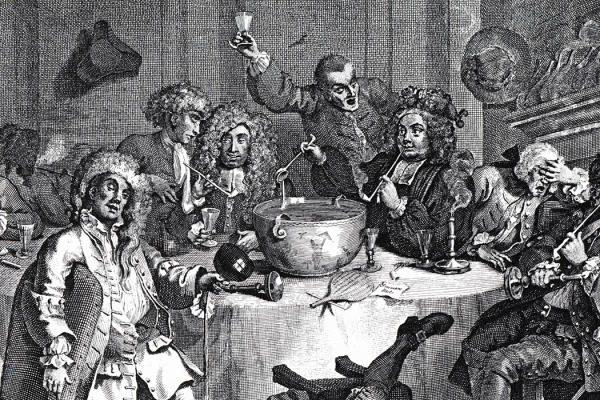 Punch vs. Tea in the 18th Century

In the 18th century, whether a person drank punch or tea revealed a lot about gender, stereotypes, sociability, and domesticity.