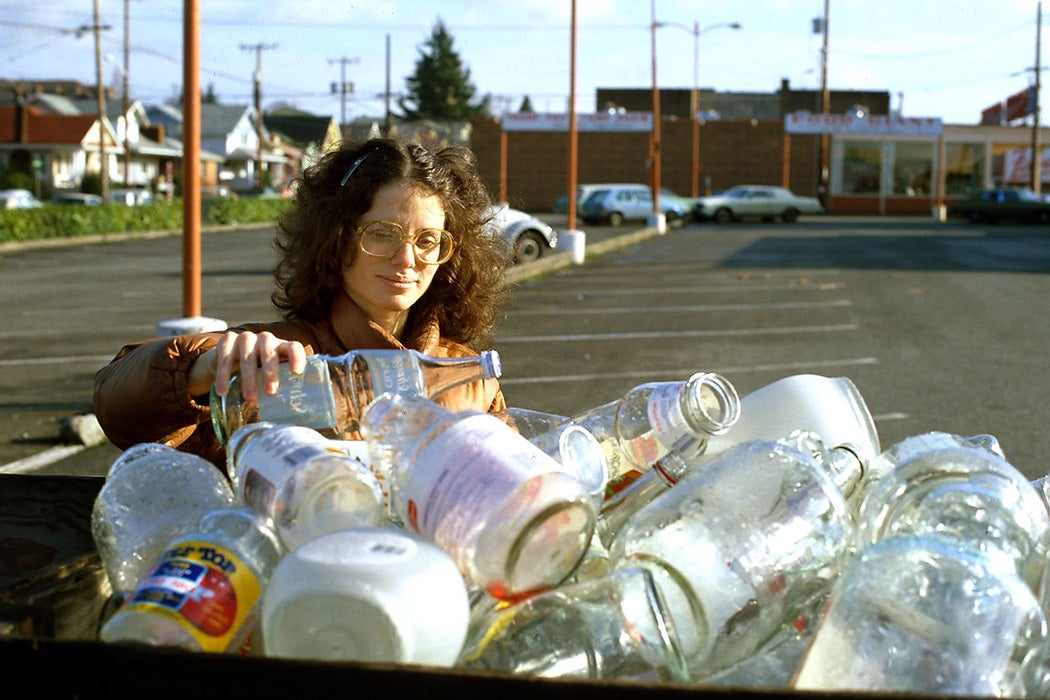 Maine recently became the first state to require companies to pay for the cost of recycling their packaging. The new law comes several years after China banned the importation of plastic waste, helping to crash the US market for recyclables. But as historian Bartow J. Elmore explains, the debate over companies’ responsibility for their own waste has been going on for decades—and those very corporations helped bring us municipal curbside recycling systems that were always pretty dysfunctional.

At the turn of the twentieth century, Elmore writes, soft-drink and brewing companies sold beverages in glass bottles that could be used repeatedly. Customers returned their empties to retail stores, sometimes in exchange for the return of a one- or two-cent deposit. While some bottles inevitably got broken, a 1948 study found that about 96 percent of soda bottles ended up back at their manufacturers.

After Prohibition, the beer industry became consolidated, with three big companies taking over the market in large swaths of the country. These companies had centralized brewing operations, which made it difficult to get the bottles back to the right place. So they switched to steel cans. Soda makers followed suit, beginning with the Pepsi-Cola Company’s 1953 introduction of “Super” soft drinks, available only in cans.

Elmore writes that one-way distribution systems helped big beverage companies undercut smaller competitors. They also left cans and, eventually, plastic bottles, strewn across the country. State legislators responded to the litter problem by proposing laws demanding that containers be returnable. To head off those efforts, in the 1950s the beverage industry created the group Keep American Beautiful. KAB ran ads decrying litter and organized local cleanup drives, all in the interest of placing the responsibility for properly disposing of packaging waste on consumers and municipal garbage systems.

But efforts to ban nonreturnable containers continued, and in the 1970s the industry tried a new tack. Beverage lobbyists asked Congress to devote federal funds to supporting municipal recycling programs (joining forces with conservation groups that saw public recycling as part of a broader strategy that also included reducing waste). And in 1976, Congress did just that, through the Resource Conservation and Recovery Act (RCRA).

The years that followed brought state-level competitions between mandatory deposit laws, which forced manufacturers to take responsibility for packaging waste, and plans for municipal recycling programs.

“Curbside reclamation programs became the alternative to mandatory deposits and returnable bans, a system pitched as a fix-all rather than as a complement to additional waste-reduction initiatives,” Elmore writes.

The industry promoted public recycling systems as self-sustaining, since they could make money selling recycled materials back to manufacturers. But according to a 1999 study, that revenue covered less than 35 percent of the programs’ expenses. And most waste still didn’t end up recycled. Far from ushering in a zero-waste world, curbside recycling provided cover for the creation of ever more packaging, and ever more trash.

The American Beverage Industry and the Development of Curbside Recycling Programs, 1950-2000
By: Bartow J. Elmore
The Business History Review, Vol. 86, No. 3 (AUTUMN 2012), pp. 477-501
The President and Fellows of Harvard College