How Women Dentists Were Perceived in the 1960s

A look at how women dentists were perceived in the 1960s, emphasizing the overall professional entrance of women in the workplace. In 2014, a full 57 percent of the American labor force was female. But that number was much smaller in 1970, when just 38 percent of the labor force was made up of women. As women entered professional life in larger numbers, researchers turned their attention to how professional woman juggled work and home life. One such study, conducted by Erwin L. Linn in 1968 and published in 1971, focused on women dentists—and it revealed fascinating clues as to public perceptions of working women at the time.

“The woman who chooses a profession conventionally male in the United States,” wrote Linn, “is made especially sensitive” to her commitment to her profession. However, he wrote, “inevitably family and career tend to intrude on each other.”

In responses received from 803 questionnaires—what Linn calculated to be a good 51 percent of women dentists in the field at the time—Linn learned that women dentists were less likely to marry than the general population, but still quite likely to marry. Ninety-seven percent of the women reported that their husbands expressed pride in their professions, a fact that Linn chalked up to “selectivity in marriage.” Two respondents reported that their marriages had ended over conflicts with their husbands over continuing in a dental career, and that “some of the women dentists did cut down the time at work or left dentistry because their husbands wanted them to.” Sixty-four percent of female dentists with children expressed the desire for more time with their children 12 and under, and 50 percent with a child over 12 wished for the same thing.

The respondents’ answers to a question about things that diminished job satisfaction reflect the period’s lingering ambiguity about professional women. In a write-in question, eight percent of respondents noted that they experienced prejudice against women in the profession, and over 50 percent wrote that they had experienced a patient’s prejudice.

Though Linn’s study found that women were happy in their careers, the language he used to describe his research reveals the era’s preoccupation with women’s increased entrance into professional life. When Linn noted results that showed “a high percentage of husbands who accepted their wives’ careers” and “few who expressed regrets about becoming dentists,” he not only reflected the satisfaction of the women dentists of the late 1960s, but also the expectation that they wouldn’t be satisfied (or approved of) in the first place. 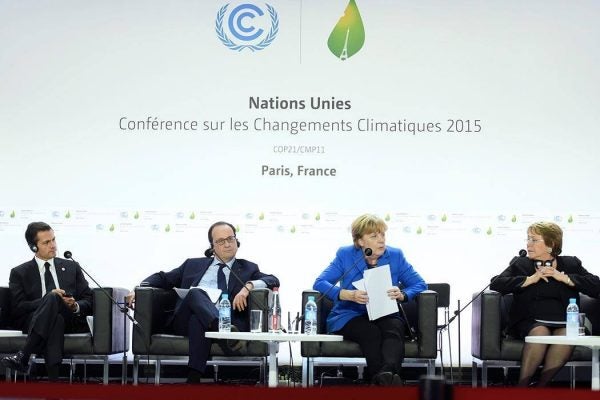 How We Perceive Climate Change: A Global Analysis

A country to country analysis of how global populations perceive the threat of climate change.