William Goldman and the Mystery of Screenwriting

Authorship of Hollywood screenplays is often a complicated matter. But William Goldman was truly a writer in Hollywood. 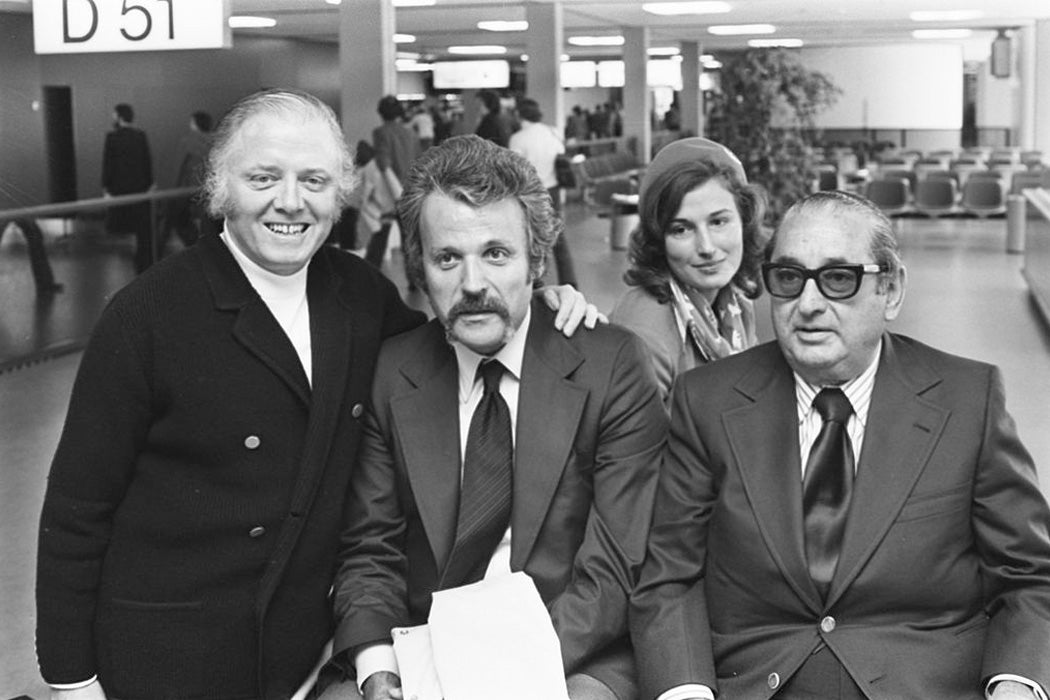 Richard Attenborough, William Goldman, and Joe Levine, 1975. [Can anyone identify the woman in this photo? DM us.]
via Wikimedia Commons
By: Matthew Wills
2 minutes
Share Tweet Email Print

The recent passing of William Goldman, storied Hollywood screenwriter of Butch Cassidy and the Sundance Kid, All The President’s Men, and The Princess Bride, should remind us all that authorship at the movies is a very complicated affair. Goldman himself was a consultant and writer on several films for which he received no credit line, even with his two Academy Awards for screenplays.

Hidden behind the credit line could be a stratum of consultants, script doctors, re-writers, and ghostwriters.

So who wrote which movie? Critic Michael Sragow describes this as the “essential mystery of movie authorship.” The fact is, screenplays are usually committee affairs. One of Sragow’s case-studies is Tootsie, which had at least eight writers working on it. Two are credited for the screenplay, two more for the story. The script for Casablanca had six people working on it, including the director, but not including the original playwrights of the drama the movie is based on. Gone With The Wind has a sole writing credit, although at least ten writers worked on the script, including F. Scott Fitzgerald. According to Sragow:

Screenwriters have always been the most mysterious creators in the moviemaking process. To judge from the number of them used on a single project, they’re also the most disposable. But at their best they provide the ideas and even the imagery that galvanize their collaborators.

The names on the credit line of a finished film—approved by the Writers Guild, the director, and the producers—are almost always a compromise. Hidden behind the credit line could be a stratum of consultants, script doctors, re-writers, and ghostwriters (Sragow calls ghosting “a Hollywood way of life”). There’s even a word for revising the official script by adding in the ad-lib parts of a finished film: retroscripting.

Of course, William Goldman was also a writer in Hollywood. At Oberlin, Goldman was the editor of the college literary magazine. The Princess Bride was a novel fourteen years before it became a movie. This story of his in The Transatlantic Review, published a year after The Princess Bride, mischievously suggests both his fictional and cinematic powers:

And right on cue, too, for the Duchess, in black spangled toreador pants raced down the steps into the living room, threw her cape across the piano, and flopped into a chair before the chilled fireplace, giggling.