Why Suicide Was a Sin in Medieval Europe

Although there were historical and scriptural precedents for honorable suicide, Christian theology saw it much differently. 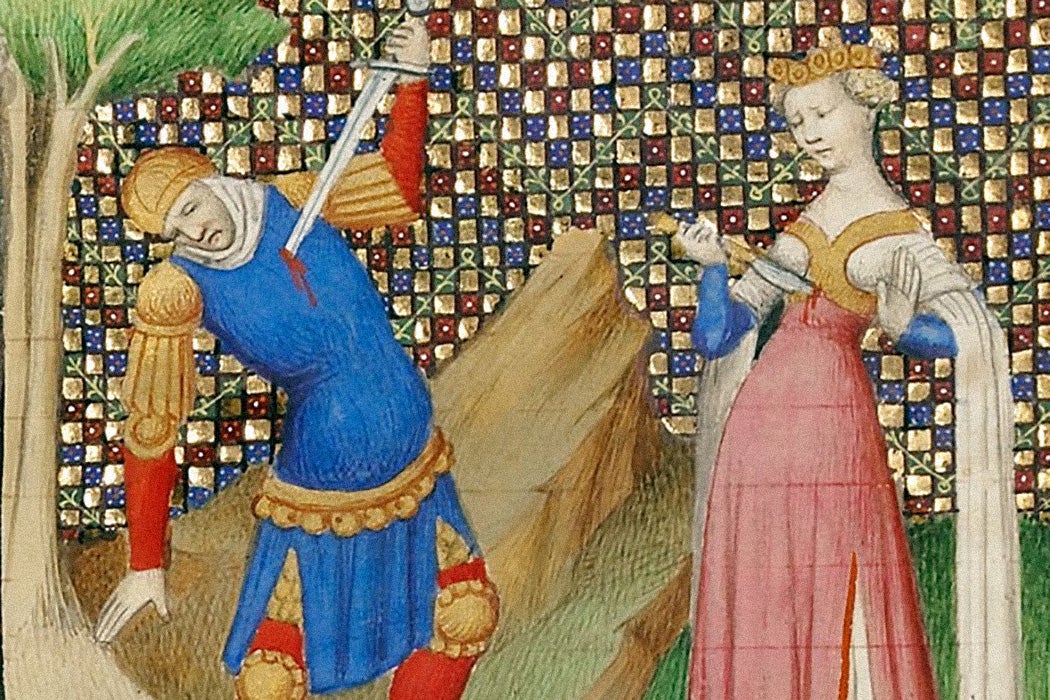 As we see a light at the end of the pandemic tunnel, one lingering question is whether the disruptions of the past year—the isolation, unemployment, fear, and uncertainty—have fueled a rise in suicides. Today, we typically think of the problem of suicide as a psychological and sometimes public health issue. But as religion scholar Carole M. Cusack writes, for medieval Europeans it was largely a matter of sin and criminality.

Some ancient Roman philosophers and statesmen had preached (and sometimes practiced) suicide as a noble course of action under certain impossible circumstances. There are also biblical examples of apparently honorable suicide, including the Israeli king Saul, who falls on his sword rather than be killed by enemy forces but still receives an honorable burial.

In early fifteenth-century France, the law called for the house of a suicide victim to be pulled down, his fields burned, and his woods felled.

But, Cusack writes, medieval Christian theologians were heavily influenced by Augustine of Hippo’s writings on suicide, which he viewed as a form of murder, forbidden by the Sixth Commandment. From the sixth century on, the Catholic Church denied formal funeral rites to people who died by suicide. One touchstone for medieval Christian understandings of suicide was the story of Judas, who, at least according to the Gospel of Matthew, hanged himself after feeling remorse for betraying Jesus. In medieval Christian thought, this narrative connected the act of killing oneself with the sin of despair—the loss of faith in God and divine forgiveness.

Between 1000 and 1200, the secular justice system began to condemn suicide more harshly as well. In the twelfth century, many parts of Europe began defining self-murder as a felony, in part because it deprived an individual’s feudal lord of his possession. Depending on the specific time and place, the possessions of someone who had died by suicide could be seized by a lord or by the monarchy. In early fifteenth-century France, the law called for the house of a suicide victim to be pulled down, his fields burned, and his woods felled.

Not only did laws demand that the wealth of someone who died by suicide be seized, but they often called for the “torture” of their bodies.

“These post-mortem tortures were in part inspired by folkloric beliefs about the restless dead but were also intended to instill intense fear and disgust around suicide in the medieval laity, and to convince them of the utter monstrosity of the self-murder,” Cusack writes.

The body of a person who had died by suicide might be treated like a living murderer and hanged (or, in the case of women, burned), or they might be dragged by a horse, or buried at a crossroads with a stake through their heart. Folk beliefs held that the failure to do this could cause big problems. In one case in Switzerland, for example, bad weather was blamed on the burial in consecrated ground of a woman who had died by suicide. The local city council determined that her body should “be dug up and thrown into the Rhine.”