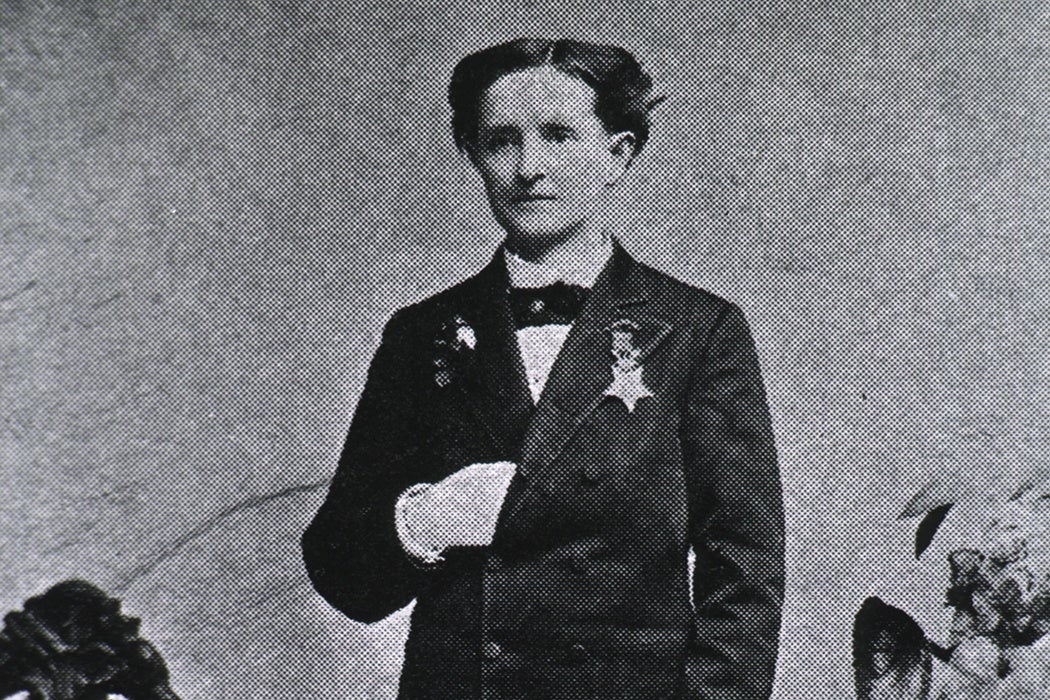 “What a relief it is to be freed from chignon, extra braids, fizzes, rats, mice, combs, pins, etc., etc.,” declared Dr. Mary Edwards Walker (1832-1919), feminist, abolitionist, prohibitionist, surgeon, prisoner of war, the only woman to win the Medal of Honor, and cross-dresser. An advocate of Amelia Bloomer’s dress reform in the 1850s, Mary Walker wore trousers on the battlefields in the 1860s and, in her later years, the evening dress of the early twentieth century male. Including the tall silk hat.

In her essay on the “blessings in disguise” of cross-dressing for female modernists, Susan Gubar introduces us to Dr. Walker, who was proud of having been swapped “man for man” with a Confederate soldier at a prisoner exchange. Walker’s writing on the liberation inherent in getting rid of the bondage of Victorian women’s clothing helps set the stage for the women at the forefront of what was once thought of as the exclusively male movement: Modernism. (“Stage” isn’t just a cliché here, since clothing is the costume of the performance of gender.)

Women like Gertrude Stein, Romaine Brooks, Frida Kahlo, Radclyffe Hall, Djuna Barnes, Vita Sackville-West, H.D., and others took all it a step further than “tom boys” of an earlier era, like Willa (“Willie”) Cather, who liked to wear trousers and a Civil War cap when young. The women of the early twentieth century, were, as Guber notes, making “a travesty of sexual signs.”

Female Modernists “tended to be more extreme both in actually playing the male role and their reaction against such camouflaging” as male pseudonyms. Gubar cites the male names used by the Brontes, Mary Ann Evans, and Olive Schreiner, among others, here. The moderns “exploited transvestism only initially to in-vest the traditional forms of patriarchy with authority, for ultimately such artists di-vest conventional forms of legitimacy.”

Nearly a century after the Great War put a defiant end to the nineteenth century, women in trousers are mainstream, an illustration of the radical becoming conventional. 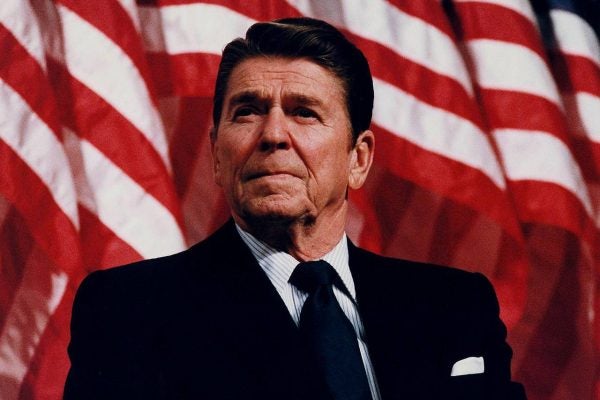 Ronald Reagan is at the heart of the modern American politics of advertising, public relations, and a television in every home.