In No Time to Die, Bond blows up the villain’s post-Soviet missile silo—just as he does every other modernist building he encounters. 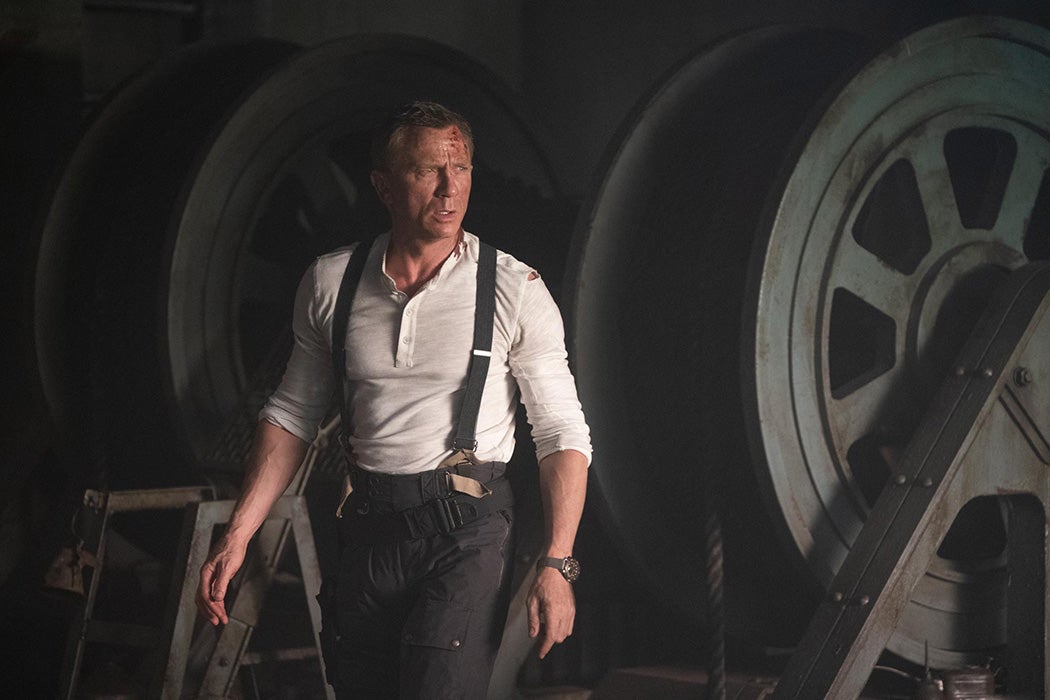 When Ian Fleming started writing the James Bond series in the 1950s, Britain was emerging from the rubble of a catastrophic war. While Britain was victorious in World War II, it lost more than it cared to admit. Inside the country, the population enjoyed a transition from wartime austerity to post-war affluence. Externally, however, the once-dominant empire was in shambles. Fleming’s Bond reflects these two opposing tendencies: he is both contemporary and classic, a man who enjoys the spoils of modernity while vigorously defending Britain’s prewar status as a world power.

By 1953, when Fleming published Casino Royale, the first book in the Bond series, Britain was on its way out as a global superpower. As the British historian P. J. Marshall notes, just a few years earlier, India had declared independence and Britain had given up Mandatory Palestine. The early Bond books would come amid the British Empire’s withdrawal from Africa and the Caribbean. Dr. No, the first film adaptation, was released a few days before Uganda declared independence from the United Kingdom.

That didn’t stop Fleming from painting Bond as a distinctly British hero, one whose national identity was central to his character and to the success of his mission. Instead of acknowledging the decline of the British Empire, Fleming ignored it and carried on as though the past two decades simply hadn’t occurred. Every enemy seems to have the singular intent of destroying Britain, and regards the British intelligence service as its most formidable opponent. In From Russia With Love, even Bond’s enemies in Moscow acknowledge the superiority of MI6 and its intelligence operations. This particular brand of Britishness, one that merges the UK’s prewar glory with postwar modernity, is one of the strongest lasting cultural effects of the Bond franchise.

The architecture that Bond inhabits resembles a kind of self-assured, institutional power, comparable to the status of the British before WWII.

If Bond represents Britain, his enemies had to be the enemies of the state. Falling back on a classic imperialist trope, Fleming chooses enemies from the East and goes to great lengths to orientalize. Dr. No is Chinese and German, Sir Hugo Drax is German, and Goldfinger, perhaps the most iconic Bond villain, is from the Baltics. Fleming plays up stereotypes about these nationalities, portraying them—and the countries they represent—as inherently immoral and subservient to Bond’s British morality. When Bond wins (which he always does), the victory is for Britain as a whole.

In the films, this trope is reflected in the design of the sets and the filming locations. Ken Adam, the set designer for many of the early films, paralleled Bond’s prewar traditionalism with an affinity for classical architecture. The British intelligence agency where Bond works is usually housed in a classical building. Likewise, Bond’s apartment, of which we catch a glimpse in Dr. No, is located in a Georgian-style building. The architecture that Bond inhabits resembles a kind of self-assured, institutional power, comparable to the status of the British before WWII.

In contrast, Bond villains tend to inhabit sprawling modern spaces. Adam saw a link between modernist architecture and postwar power, one that was rooted in absolute control and a Cold War-era fear of worldwide destruction. Modernism, in Adam’s sets, represented a kind of cold power, one that is equal parts glamorous and evil. These sets were often specifically constructed to symbolize the megalomania of the villains themselves, as was the case for Blofeld’s volcano lair in You Only Live Twice. In other films, Adam takes iconic modernist buildings, like the Elrod House in Diamonds Are Forever, and turns their smooth lines and sweeping rooms into metaphors for the inhabitants’ calculated and ambitious evil plans. At the same time, the allure of these spaces is undeniable, creating a sense of heightened emotion and fantasy.

Adam’s approach was also a product of Fleming’s own ideology. Ian Fleming had a personal hatred of modernism, and was known to despise Le Corbusier, one of the pioneers of modern architecture. Fleming even went as far as to name one of his most famous villains after Erno Goldfinger, a modernist architect (and, incidentally, Fleming’s neighbor).

In particular, Fleming objected to modernism’s obsession with utopia, which was antithetical to his conservative ideology. Fleming saw the ideal world as existing in the past, within an already-existing power structure. Modernists like Le Corbusier and Mies van der Rohe believed that architecture could be used to create a better, more ideal world, full of new conceptions of power. The Western world ran with modernism as a way to remove inefficiencies, construct a more prosperous society, and generally live out the principles of capitalism. In the USSR, modernism came to represent the goals of the communist project: leveling, equality, and a strong presence of the state.

Fleming’s distrust of modernism and utopia played out in the ideologies of Bond villains, which tend to be grounded in a distinctly modernist idea that technology and utilitarianism can radically improve humanity. Part of the reason that modernists were so drawn to utopia was that they shared a twin interest in the end of history. In creating the villains of the Bond franchise, Fleming took this theoretical idea and made it quite literal: nearly all of them harbor an obsession with ending history, usually through mass destruction.

The newer films, including the most recent series featuring Daniel Craig, are indebted to this architectural and ideological legacy. Like in Dr. No, Bond’s apartment in Spectre is located in a Georgian-style building. While the interior is notably sparse, the furniture and ornamentation in the space is unmistakably traditional. The lairs in the newer films contain elements of Adam’s modernist structures. In Spectre, Blofeld’s lair is a strikingly modern house in the Moroccan desert, while Dominic Greene’s eco-hotel in Quantum of Solace was filmed at the Paranal Observatory, another architecturally significant structure with a modernist edge.

In some regards, the most recent Bond film, No Time to Die, is an extension of the tropes that carried the franchise through the past half-century. Bond is still British, he still walks the line between traditional and modern, and still exists among largely classical architecture. The villain, Lyutsifer Safin, is of Eastern European descent and possesses a devastating vision of world domination. His lair, located in an abandoned missile silo somewhere off the coast of Russia, was similarly inspired by Adam’s designs. The space itself is cavernous and full of sloping angles—a concrete utopia.

But unlike previous Bond films, Safin’s hideout in No Time to Die builds on the ruins of a monument of Soviet modernism, restoring it to its former grandeur. In the main hall of the silo, Safin has installed a long row of lights (their purpose remains unclear throughout the film) that evoke an Olafur Eliasson installation. Elsewhere, another part of the silo was remade into a manicured Zen garden. The adaptive reuse of this space takes on an almost nostalgic tinge—not just because it harkens back to Adam’s skillful use of modernism, but because it looks to restore the past rather than build anew.

Finding nostalgia in modernist ruins is itself nothing new. “We are nostalgic for the ruins of modernity because they still seem to hold a promise that has vanished from our own age: the promise of an alternative future,” writes the comparative literature scholar Andreas Huyssen. This future, Huyssen suggests, is a utopian one, a dream of freedom, progress, and rational thought. Huyssen dates this nostalgia to the Enlightenment, the earliest moment of modernity. The Enlightenment’s obsession with reason, he argues, spurred modernity’s self-reflexive impulse. This self-awareness lends itself to nostalgia, especially when it comes to ruins. Put another way, we become nostalgic when we see the ruin as it was, while imagining what it could be.

[Spoilers for No Time to Die below this image.]

Despite this natural tendency toward nostalgia, the years following the fall of Soviet communism saw a general denouncement, among architects, of modernism and its utopian thinking. The modernists, many thought, had ruined cities and destroyed quality of life in pursuit of false utopias. Within the past decade, however, utopia made a comeback; first in academia, and then, gradually, in popular culture. This is perhaps most visible in a revived interest in Brutalism, which inspired restoration projects and new construction modeled after these concrete masterpieces.

Gradually, we began to warm up to communist utopias, too, seeing them for their glamour, not their decline. This acceptance of communist styles is most apparent in a series of museum exhibitions and editorial projects dedicated to exploring communist architecture for its utopian potential. No Time to Die, as steadfastly dedicated to clichés as it is, still takes a much warmer approach to the communist utopia than the previous Daniel Craig movies. By bringing us back to the set designs of Adam and the 1960s, it breathes new life into modernism.

Nearly every Bond movie ends the same way: Bond thwarts his enemy’s plans for worldwide destruction and, in the process, destroys their modernist lairs and the utopias they represent. The most recent film holds true to that trope. Bond blows up Safin’s missile silo, just as he does every other modernist building he encounters. But, unlike in previous films, he doesn’t live to see it destroyed. This might just be a helpful plot device to cap Daniel Craig’s tenure as 007. But it could also represent a larger shift in the franchise’s approach to modernism—a tacit acknowledgement that the Cold War logic that sustained the series is outdated (or at least in desperate need of a reboot). 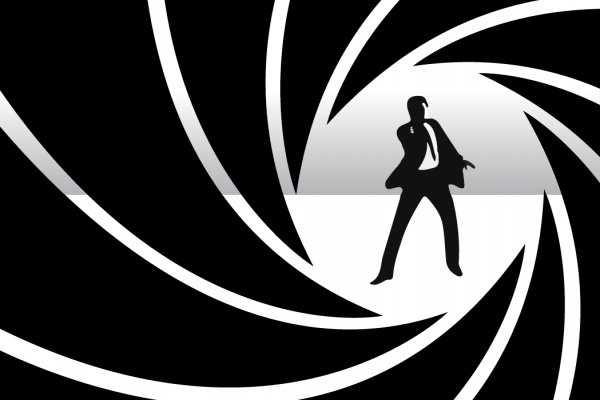 The Marketable Misogyny of James Bond

The attitudes reflected in the James Bond franchise are wildly out of touch with social reality.