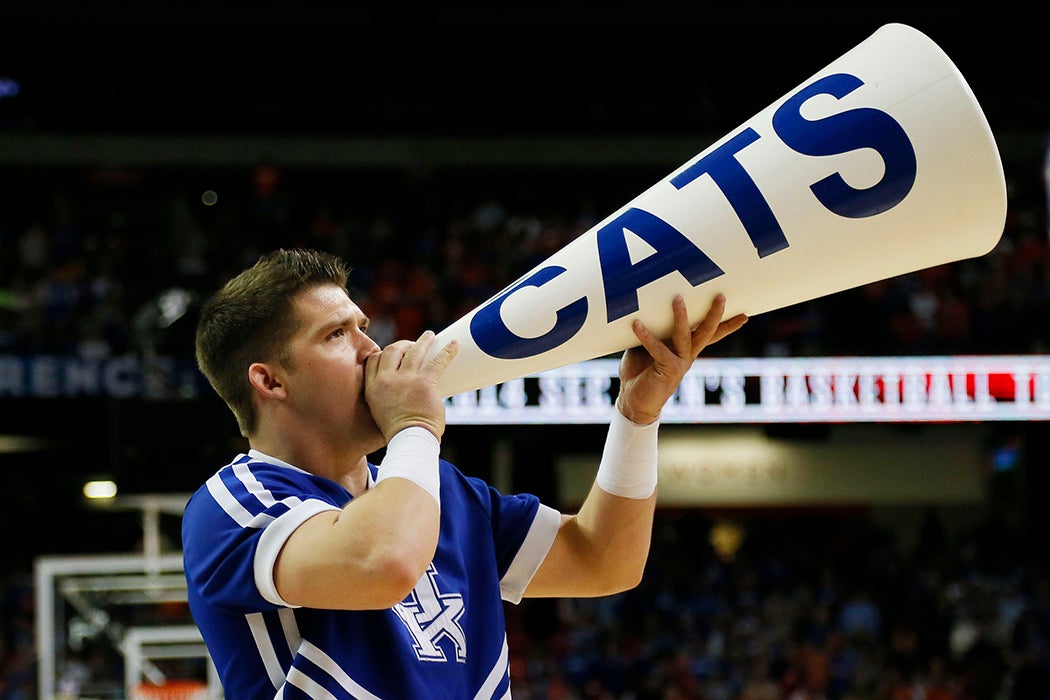 A Kentucky Wildcats cheerleader performs in th first half against the Florida Gators during the Championship game of the 2014 Men's SEC Basketball Tournament
Getty
By: Livia Gershon
3 minutes
Share Tweet Email Print

When it comes to the merits of co-ed sports versus men and women’s leagues, much discussion focuses on women’s experiences. In 2008, sociologist Eric Anderson looked instead at men—and, specifically, how their attitudes toward women changed when they joined co-ed cheerleading teams.

Anderson interviewed sixty-eight self-identified heterosexual male cheerleaders from colleges and universities around the US. These men played football in high school but, after failing to make their college’s football teams, switched to cheerleading as a way to remain involved in competitive athletics. The purpose of Anderson’s study was to see how their views changed as they moved from an all-male sports environment to a mixed one. Anderson also organized informal mixed-gender group interviews and observed four gender-integrated cheerleading teams during practice and competitions.

Many of the male cheerleaders described being surprised by their female teammates’ abilities.

Many of the male cheerleaders described being surprised by their female teammates’ abilities. At one practice “Jeff” and another man were lifting a female teammate over their heads. Then, bored, they switched positions so that Jeff was on top of the pyramid, standing on the arms of one man and one woman.

“I never would have guessed women could do that before I joined cheer,” he said afterward. “It’s not like I’m a hundred pounds you know.”

He added that, while he had seen cheerleaders’ routines during his time as a high school football player, “you don’t really get an idea of just how physically tough it is until you try it.”

The shift in perspective extended to other sports. “Brad” recalled hearing in high school about another school that had a girl on their football team. “I thought that it was wrong,” he admitted. “My teammates and I were talking about it, and we all agreed that a woman just couldn’t handle what we could. Now I see that women can handle a lot and they aren’t as fragile as I thought they were.”

Unlike the men, many of the women on the co-ed cheer teams had done cheer in high school. This created a situation in which men often deferred to their female teammates’ expertise. Anderson describes “Emily” teaching “David” a complicated, dangerous stunt.

“Immediately after landing the stunt, he turned to hug her, beaming with self-pride,” Anderson writes. “He then awaited her congratulations and smiled again upon receiving it.”

About half the men said that, before joining cheer, they held what Anderson identifies as misogynistic attitudes—typically hyper-sexualizing women and wanting to exclude them from positions of power. Most, though not all, said cheerleading changed their thinking by putting them in more direct contact with women in a situation where they depended on each other.

“In high school it was all about the cheerleaders making signs for our games or baking us cookies,” one male cheerleader said. “I mean, we hung out with them at parties, but it was nothing like what occurs here. We didn’t travel with them or have team dinners and stuff… I’ve never before had best friends that weren’t men. But now, some of my best friends are women.” 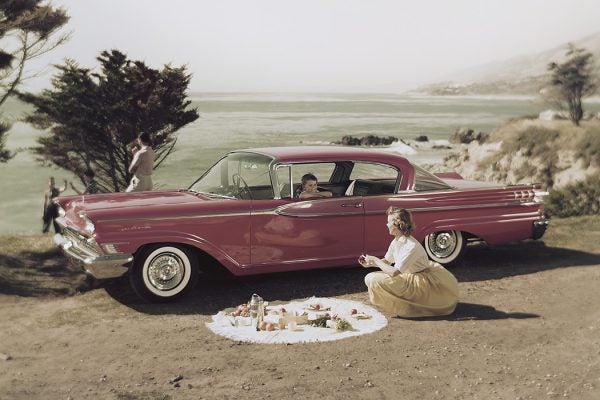