Volcanic Ecosystems in the Deep Ocean

Undersea volcanoes, like Hawaii’s Kīlauea, foster diverse ecosystems in an environment far from sunlight—and as acidic as lemon juice. 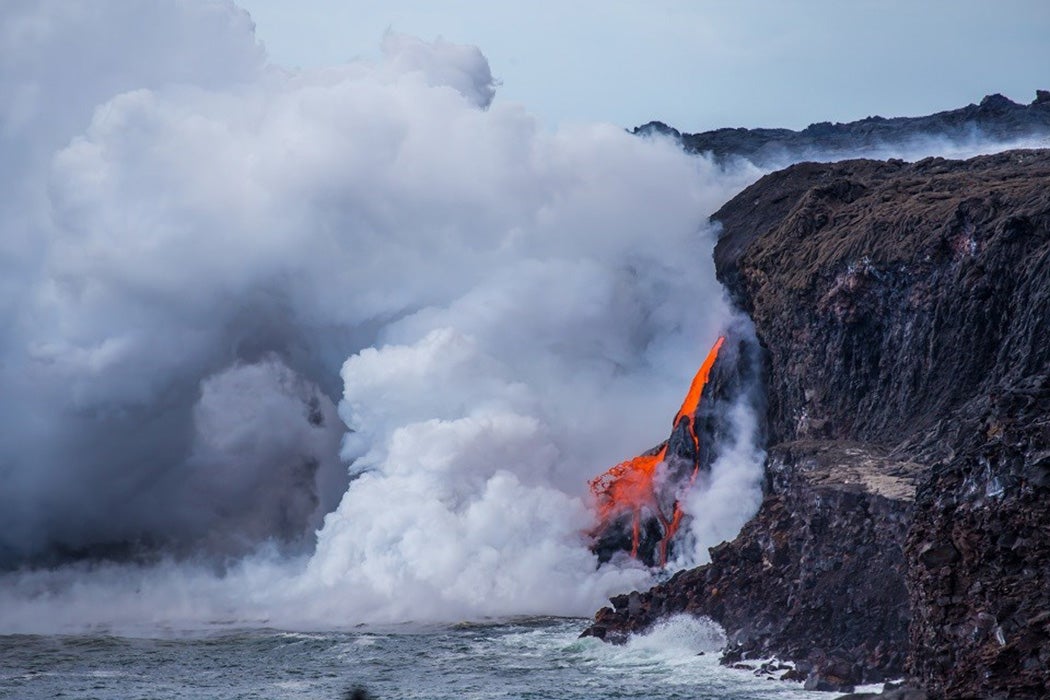 The waters around Hawaii are currently experiencing an epic phytoplankton bloom, courtesy of Kīlauea, an active volcano in the area. Lava from the volcano is fertilizing the tiny organisms and enabling a huge bloom in productivity. It’s just one example of the many links between volcanoes and marine ecosystems. Deep beneath the surface, where sunlight doesn’t penetrate, volcanoes can play vital roles, nourishing and enabling entire worlds.

Hubert Staudigel and colleagues chronicled one example of an undersea volcanic system at the Vailulu’u Seamount, near American Samoa. It is not a hospitable place. Starting at the seafloor, one kilometer down, a large volcanic cone has been steadily growing for years and may one day breach the surface. Near the cone, hydrothermal vents discharge highly acidic liquid, with a pH of 2.7, compared to a regular level of 8.5 for ordinary seawater. It’s a logarithmic scale, so the vent area is exponentially more acidic than ordinary seawater. For comparison, straight lemon juice is around 2.5. The acidic vents discharge at around 81 degrees C (a balmy 177 degrees F). Drops of carbon dioxide belch from the openings, and the water is full of fine particulate matter. Iron oxide deposits blanket the area, sometimes forming tall chimneys.

Some of the highest concentrations of life result not from the biological sources, but from cyclonic currents created by the volcano.

Deep below, there’s almost no sunlight, so chemosynthetic bacteria, which make sugar from chemical energy from the vent discharge rather than solar energy from sunlight, form the base of the hydrothermal food web. Where the acid is mixed with fresh seawater, sponges, crustaceans and fish are able to eke out a living. On the rocky slopes outside the crater, deepwater corals, along with fish and octopus, have been observed.

At Vailulu’u, though, some of the highest concentrations of life result not from the biological sources, but from cyclonic currents created by the volcano. The currents trap tiny shrimp and other crustaceans near the volcano’s summit, which in turn provide sustenance for a large population of small eels.

But what the volcano giveth to the eels, the volcano taketh away elsewhere. Areas where the acid discharge is high and circulation is limited are death traps for fish, squid, and other animals, which quickly succumb to the acid. Acid resistant bacteria grow on the carcasses, which in turn feed lurid red Polychaete worms. Nothing else survives in the acid zone.

It’s remarkable. An active volcano is by nature an unstable system, but as long as it lasts, this one volcano is creating at least 4 distinct habitats. Organisms large and small live in or utilize these ecosystems, far from the sun’s light. It’s dark and violent, but full of life. 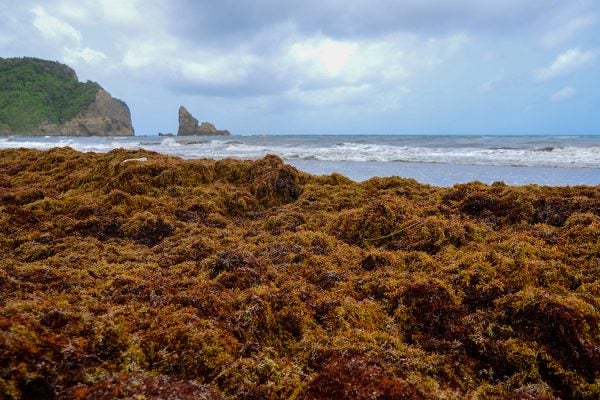