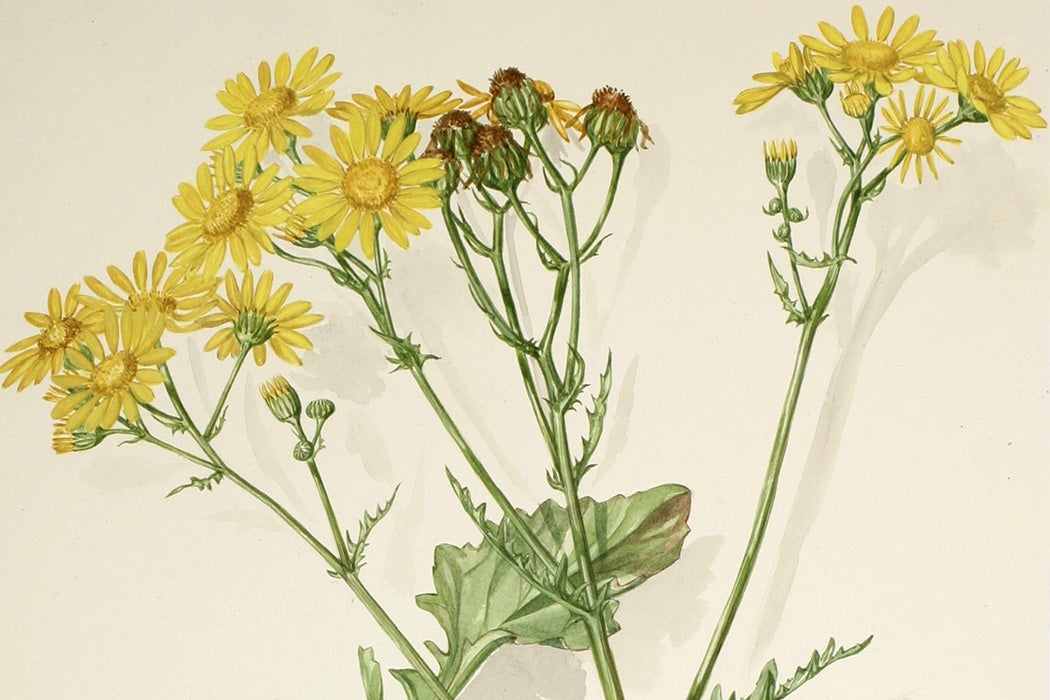 Margaret Rebecca Dickinson (1821-1918) was an amateur Victorian botanist and artist who lived in the village of Norham, on the border of England and Scotland near the river Tweed. She was a member of the Berwickshire Naturalists’ Club, one of the earliest field clubs in Britain. We spoke to current club member and Chair of Norham’s Natural Environment Group, Dr. Elizabeth Towner, about Margaret Rebecca Dickinson’s life, her personal herbarium of over 1000 British plant specimens, and her stunning botanical watercolors, which archivist June Holmes catalogued for the Natural History Society of Northumbria in 2001. You can now browse the collection on JSTOR.

She had wide ranging interests in natural history, including mosses, fresh-water algae and seaweeds, some shells and other remains of shore life, and in moths. She also had a small microscope and some botanical books. Many of her fellow Berwickshire Naturalists Club members probably thought of themselves as informed amateurs as well.

Did she share her work with anyone else?
MRD was admitted to the Berwickshire Naturalists Club as an Honorary Member in 1873 and had a very long association with the Club, from 1873 to her death in 1918. (The Berwickshire Naturalists Club was one of the earliest field clubs in Britain—it was founded in 1831 by Dr George Johnston and admitted women honorary members from its inception). MRD regularly attended natural history meetings, contributed natural history specimens, and exhibited her paintings at meetings of the club when members met in Berwick on a number of occasions. A reference to MRD in the History of the Berwickshire Naturalists Club acknowledges her work: “the beautiful paintings of wild flowers by Miss Dickinson of Norham, whose delineations of our Flora have secured for her a place in the very first rank of floral artists.” But there are no details of which pictures she exhibited.

Might she have had a sense that she was part of a larger network of citizen scientists?

In her will, MRD left…

This suggests that although she felt that her collection was important, she was still not quite sure if the Committee would choose to accept them. She would have been delighted with the comments of E. Leonard Gill, Curator of the Hancock Museum (from the National History Society of Northumbria), who wrote in the Society’s Report for 1919:

The largest and in many ways the most remarkable acquisition of the year has come to us by bequest of the late Miss M.R. Dickinson of Norham, a lady who retained to an advanced age a boundless energy and unusual versatility. The bequest includes a great series of beautifully executed water-colour drawings of wild flowers, in itself a remarkable life-work.

Is there anything about her or or her work that you’d like to let our readers know?

MRD appears to have been a keen gardener. In addition to her wild flower collection, she also produced 30 paintings of narcissus cultivars, which are housed in the Lindley Library Collections of the Royal Horticultural Society. She grew most of the daffodil specimens in her own garden in Norham and three from nearby gardens.

She was a woman of independent means, which allowed her the time to devote to her hobby and also to travel widely across the British Isles to collect her plants. She concentrated on those plants that she found locally around the three main areas where she lived —in north east England and the Borders of Scotland. Her Gallery includes plants found in parts of Ireland, Wales, Northern Scotland and other parts of England.

Any specimens that strike you as particularly notable? How so?

I think that it is interesting that MRD did not just concentrate on showy or beautiful or very rare specimens. Some depict very modest plants and some are very widespread specimens. One example from Norham is of Wild Angelica (No.413) growing in Newbiggin Dene, which is a beautiful, meticulously observed portrait of a commonly occurring plant.

There are some habitats that have been completely altered after she painted her plants. For example one of these is Prestwick Carr, just to the north of Newcastle where she painted a number of pictures in 1846 and 1850. Earlier in the nineteenth century, this wetland had been known as a botanists’ paradise, but following extensive drainage for agriculture in the mid 1850s, only fragments of the habitat survived and many species were lost. 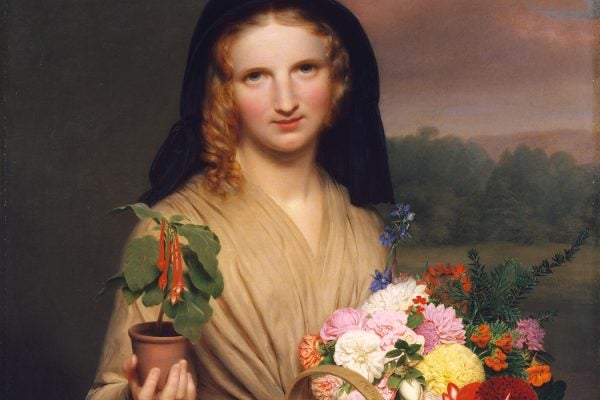