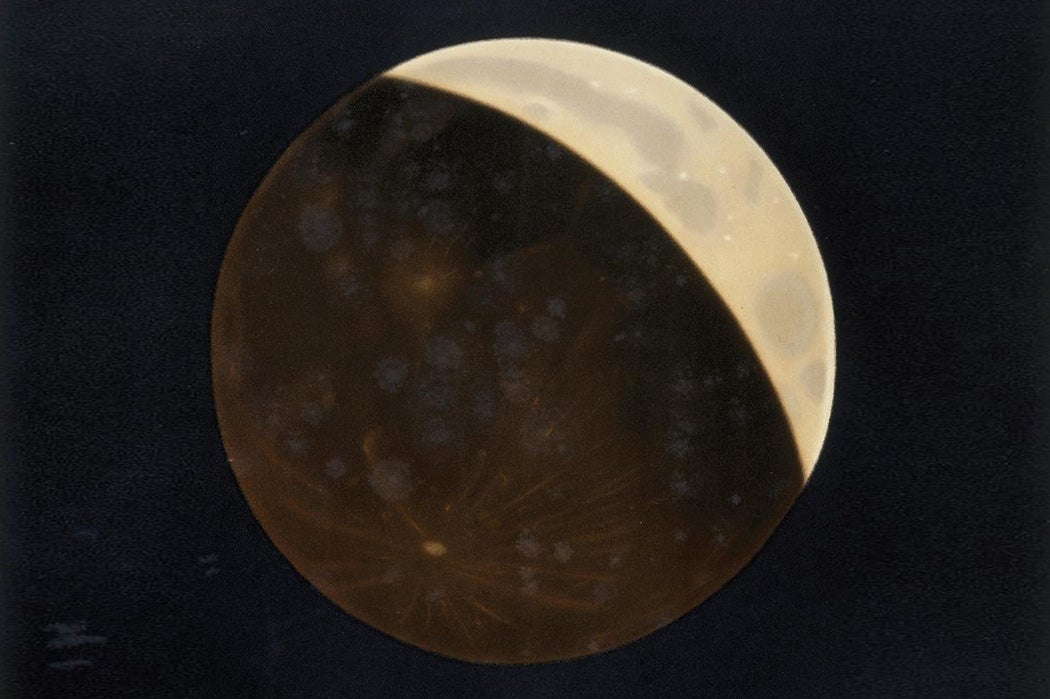 On the night of October 24, 1874, people throughout the United States looked to the sky in anticipation of seeing a total lunar eclipse. In theory, the spectacle would be visible across North America and most of South America. As it turned out, many missed the show due to poor weather (clouds in New York, fog in San Francisco).

Fortunately for posterity, one of the era’s greatest observers, Étienne Léopold Trouvelot, witnessed at least part of the event. Included in his celebrated collection of 15 chromolithographs, The Trouvelot Astronomical Drawings (1882), was his depiction of the partially eclipsed Moon.

At the time of the eclipse, Trouvelot was a member of the Harvard College Observatory staff and a frequent user of its telescope, a 15-inch refractor. However, his notes from that evening, published in the manual that accompanied The Trouvelot Astronomical Drawings, confirm that this full-color view was based on naked-eye observations. Trouvelot’s rendering of the event is remarkable for both its beauty and the accuracy of the lunarscape. Clearly visible through the deep copper of Earth’s shadow is the dramatically rayed crater of Tycho. Above, the rayed crater Copernicus appears as a slightly weaker smudge.

Aware of Trouvelot’s expertise as an observer, the great telescope makers Alvan Clark & Sons offered him access to the 26-inch refractor they were manufacturing in their Cambridgeport workshop for the Leander McCormick Observatory at the University of Virginia. And in 1875, Trouvelot was invited to spend a year in Washington, DC, where he was a frequent user of the US Naval Observatory’s 26-inch “Great Equatorial.” Most of his sketches for the chromolithographs in The Trouvelot Astronomical Drawings were made at the eyepieces of these instruments, then the largest in the world, supplemented with observations made with his own 6-inch telescope.

Even as Trouvelot honed his craft, transforming sketches made at the eyepiece into pastel drawings that would inform the lithography process, his work was being challenged by the supposed fidelity of astrophotography. Admitting that “no human skill can reproduce upon paper the majestic beauty and radiance of the celestial objects,” he still maintained that the products of astrophotography “are in general so blurred and indistinct that no details of any great value can be secured.”

Advances in photography since Trouvelot’s era argue against this position. Yet, as these chromolithographs demonstrate, his illustrations are visually seductive and endlessly fascinating. Perhaps there was something to his claim that “a well-trained eye alone is capable of seizing the delicate details and structure and of configuration of the heavenly bodies.” 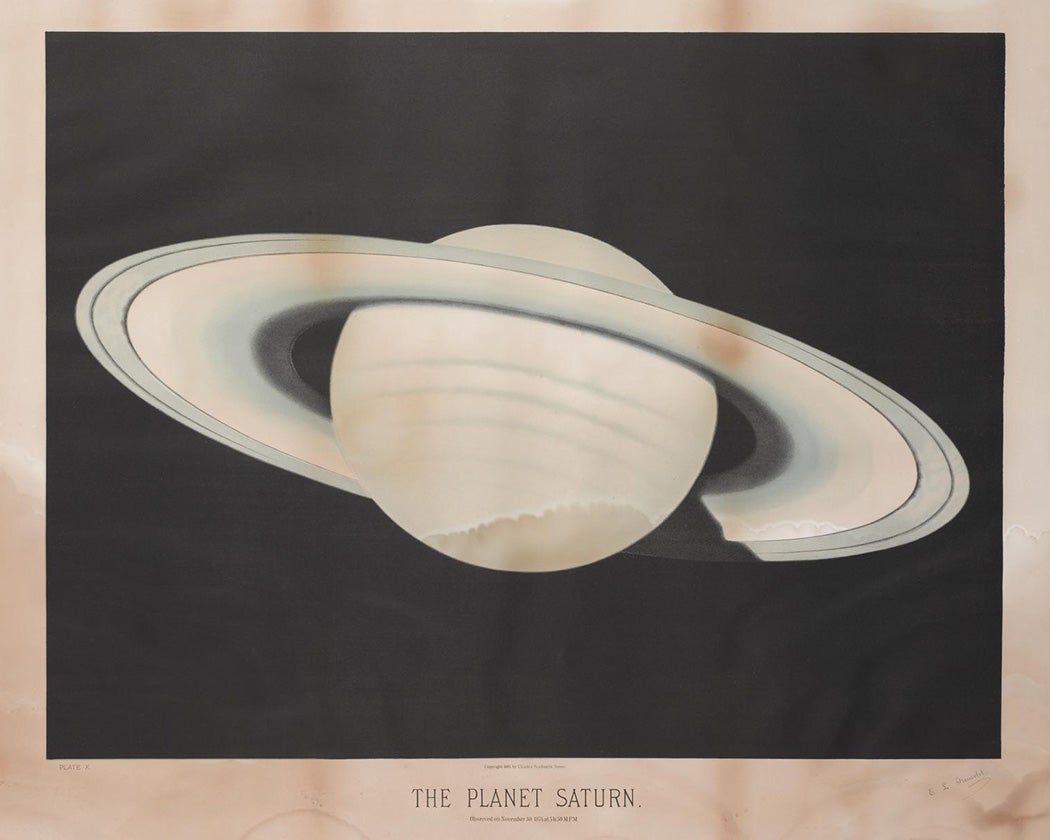 Colour lithograph of Saturn, 1882 via JSTOR 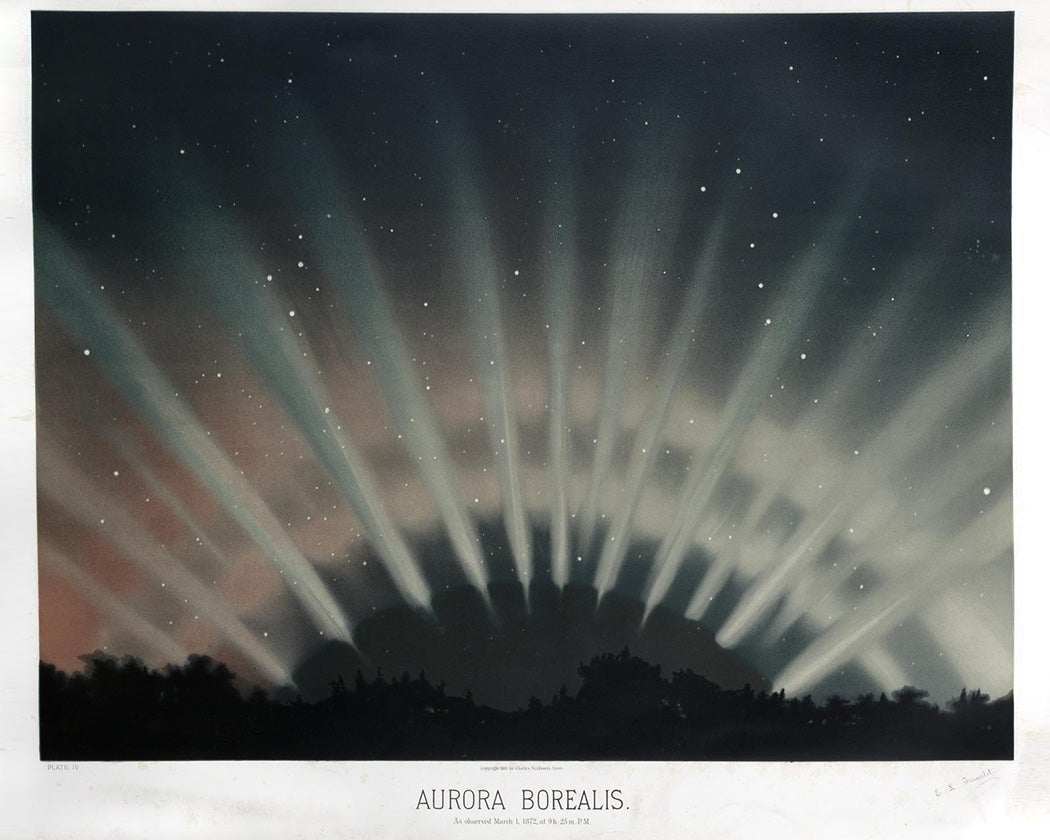 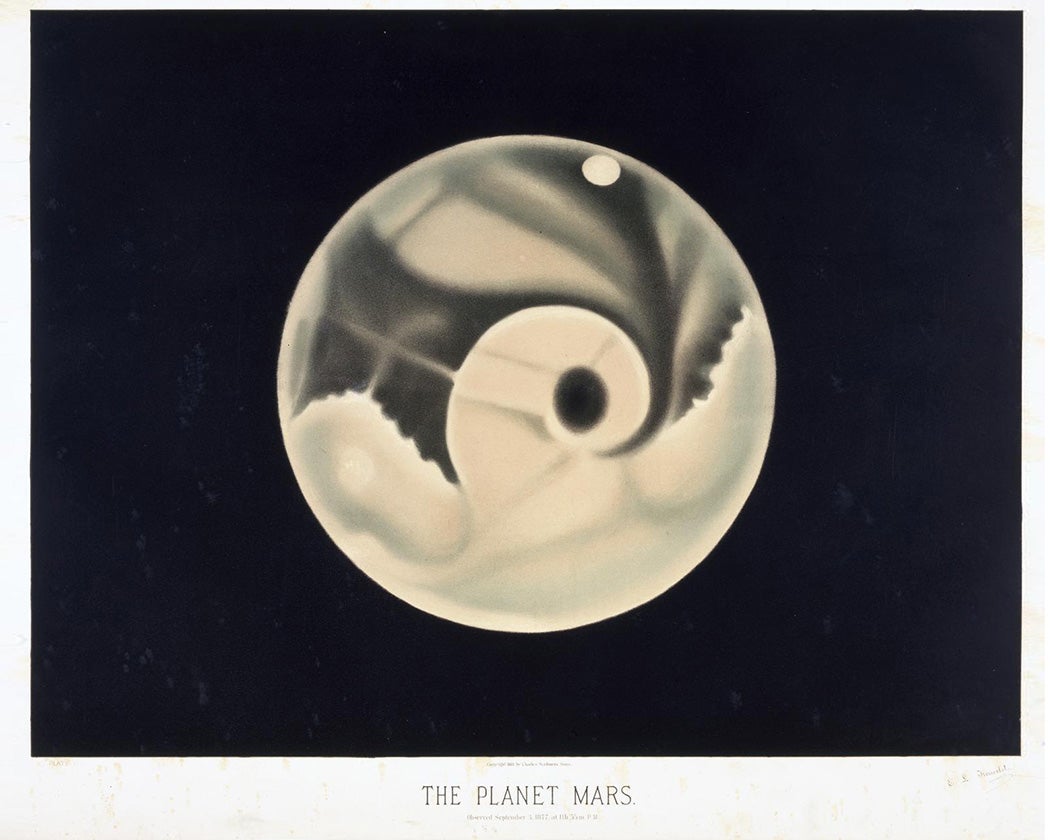 Colour lithograph of Mars, 1882 via JSTOR 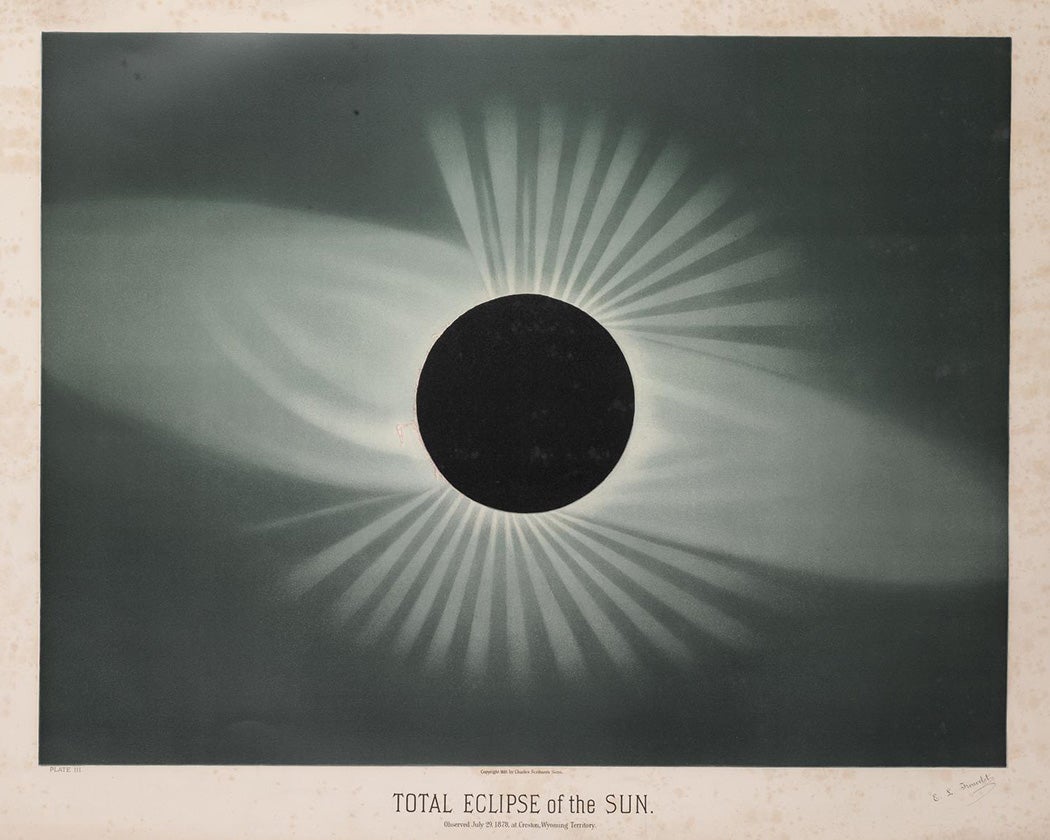 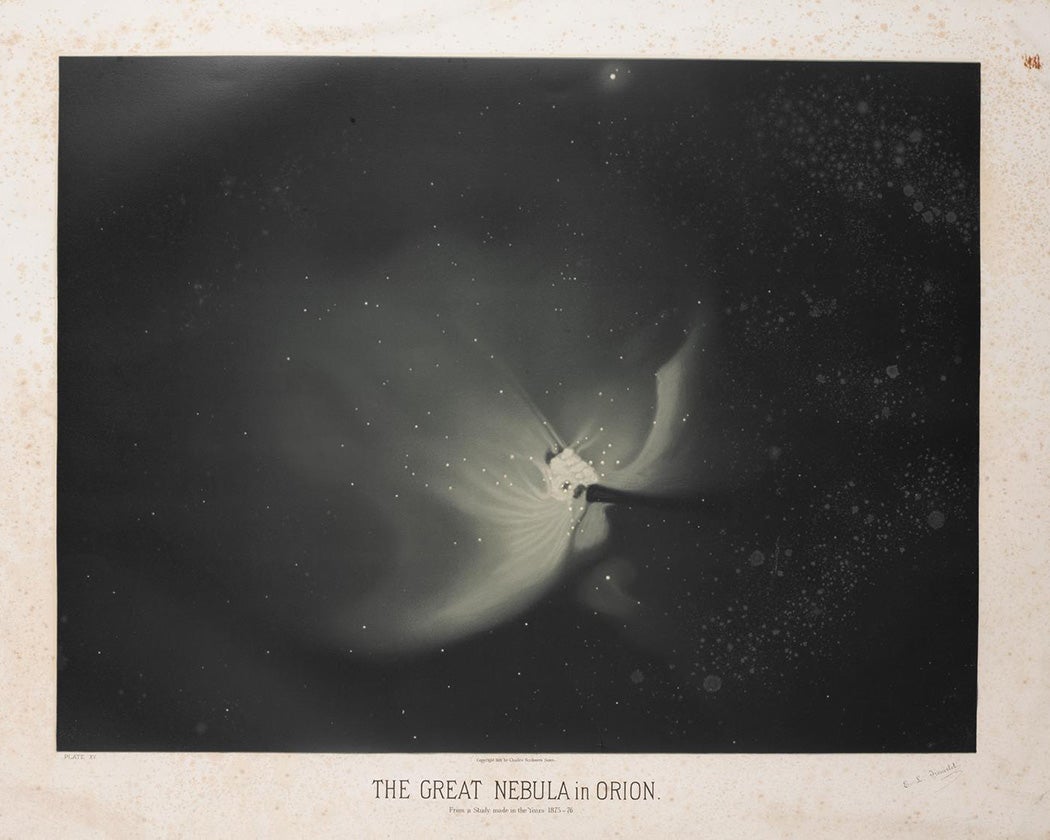 Colour lithograph of the great nebula of Orion, 1882 via JSTOR

These are just a few of Trouvelot’s lithographs—you can find more in the Science Museum Group Collection.