These Lizard-Dolphin Creatures Ruled the Seas for 150 Million Years

Ichthyosaurs gave birth to live offspring, had huge eyes and lived all over the world. 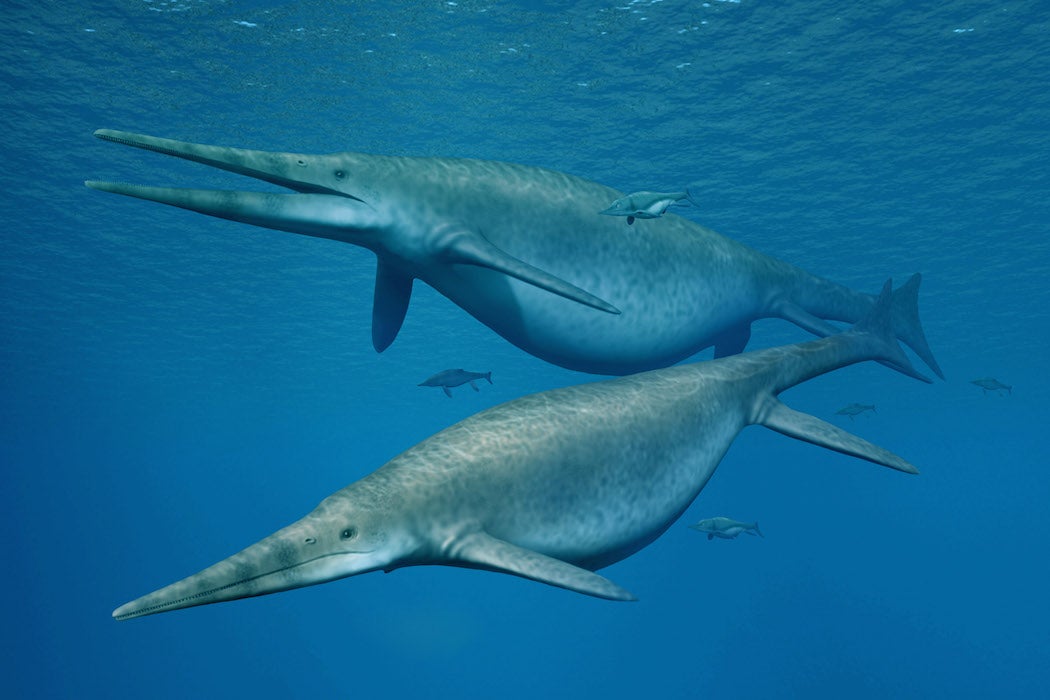 It was just another morning in Lilstock, United Kingdom, when Paul de la Salle, a retired electronic engineer and passionate fossil collector was walking on the beach looking for anything interesting that may have washed up on the sand. The day wasn’t looking promising so far. It was getting close to lunchtime, and De la Salle almost decided to call it a day when he spotted a rock-like object, which on closer inspection appeared to have a bone structure—a matrix of cells. “It was an odd-looking piece of rock which seemed to have a grove on it, and I immediately thought it was a bone of some sort,” De la Salle says. “It looked like an ichthyosaur jaw.”

Ichthyosaurs fed on squid, had huge eyes, and ranged from small to giant, with the largest ones reaching the size of a city bus.

Ichthyosaurs were prehistoric marine creatures that ruled the seas during the Triassic period and had features of both reptiles and mammals. Shaped partly like lizards and partly like modern day dolphins and blue whales, they thrived in the open seas. Ichthyosaurs fed on squid, had huge eyes, and ranged from small to giant, with the largest ones reaching the size of a city bus. Unlike most reptiles,they didn’t lay eggs, but, akin to mammals, gave birth to live offspring. When paleontologists first found fossilized ichthyosaurs with embryos preserved inside them, they thought it was “stomach content”—something that the animals had eaten. Later, they realized they were pregnant ichthyosaur females, and now some scientific renderings show the babies exiting through the birth canals.

Within the next couple of weeks De la Salle found more matching fragments that washed up from the mud around the same spot—enough to reconstruct an entire bone. So De la Salle contacted ichthyosaur specialists Dean Lomax at the University of Manchester in England, and Judy Massare from the SUNY College at Brockport, New York, in the United States, as well a geologist who dated the fossil to the late Triassic period.

To properly identify the discovery, the scientists travelled to the Royal Tyrrell Museum of Paleontology in Alberta, Canada—home of the largest known ichthyosaur, a 21-meter long Shonisaurus sikanniensis. The newly found jawbone, however, stayed in England. It was too heavy and too delicate to take along. “We couldn’t physically take the specimen,” says Lomax, “It weights between 10 to 20 kilograms, and is too fragile, so instead we spent two entire full days taking lots and lots of measurements and photographs.” At the end, they confirmed that the jawbone, called the surangular, belonged to a giant S. sikanniensis—one of the largest animals ever found. De la Salle donated it to the Bristol Museum of Art Gallery.

Ichthyosaurs bones periodically wash up on beaches from mud flats all over the world—in England, China, and Japan. They are also found in British Columbia, South America, and even in Antarctica, under the ice and rocks. They also turn up in the middle of continents, where prehistoric seas had once been. For instance, Ichthyosaurs bones are often found in Nevada. Nobody knows why the bones are so abundant in that particular spot, but one hypothesis is that the ancient creatures may have beached themselves in a way similar to modern whales.

Ichthyosaurs were so well adapted to their environment that they reigned for over 150 millions years. The experts are still debating exactly when and why the species went extinct. Whether it was competition from other species, an asteroid impact, or climate change, the exact cause of the ichthyosaurs extinction remains an unsolved mystery, the periodic vestiges of which continue to wash up onshore. 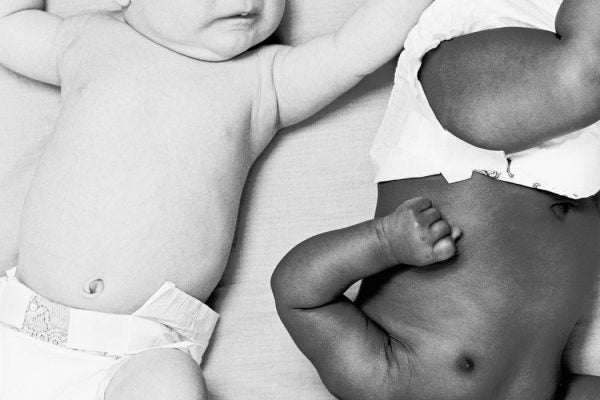