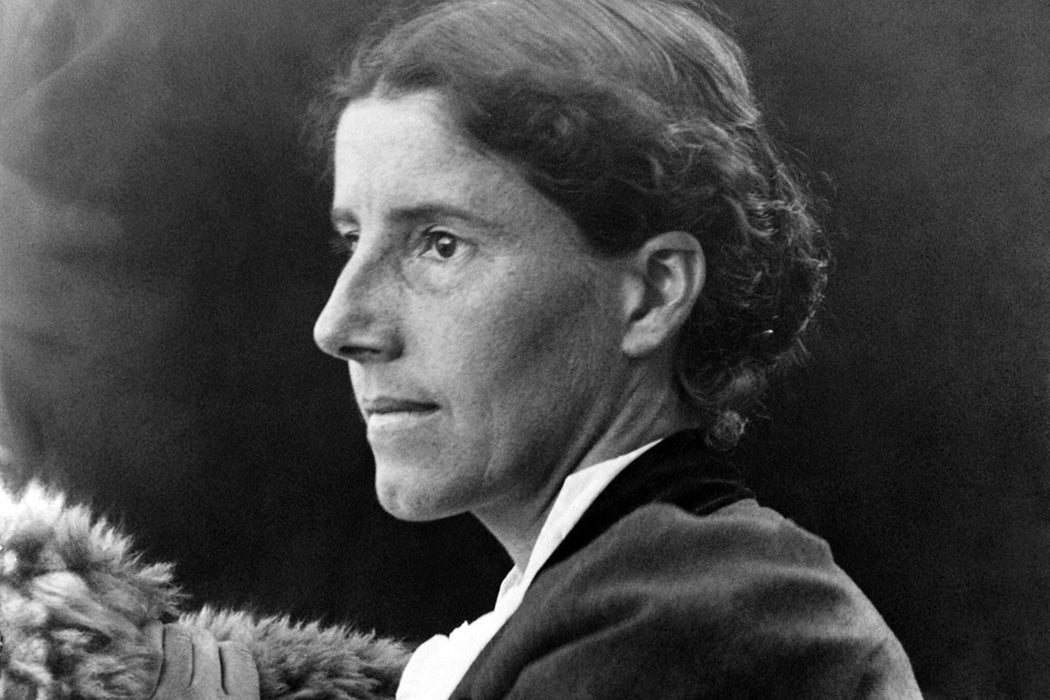 The woman is ill, but nobody believes her. She sits in a room with yellow wallpaper, unable to convince the men around her that her suffering is real. “You see he does not believe I am sick!” she writes of her doctor husband.

That cry, uttered by the unnamed protagonist of Charlotte Perkins Gilman’s 1892 short story “The Yellow Wallpaper,” could just as well be that of Abby Norman, author of Ask Me About My Uterus, or Porochista Khakpour, author of Sick. Both memoirs, published this year, focus on women whose physical symptoms are downplayed and disbelieved. And both carry uncomfortable echoes of Gilman’s creepy story.

The tale, which follows its protagonist’s slow descent into madness as she gradually discerns a woman trapped inside the yellow wallpaper of her sickroom, has long been heralded as a feminist masterpiece, a cry against the silencing patriarchy. But literary scholar Jane F. Thrailkill warns against looking too hard for those meanings in the text. Instead, she focuses on Gilman’s own insistence that medical gender distinctions hurt female patients.

“The Yellow Wallpaper” comes from Gilman’s own struggle with a “nervous disorder,” a depression for which she was treated by a physician named S. Weir Mitchell. It was a new diagnosis at the time, and when physicians treated women with complaints for which they could find no obvious source, they turned to new diagnostic techniques and treatments.

Charlotte Perkins Gilman bucked hard against her treatment and her doctor’s misogynistic reign. Nonetheless, notes one scholar, she shared some of his views.

Mitchell was entirely interested in the body, not what women had to say about their own symptoms. His signature “rest cure” relied on severe restriction of the body. Patients were kept completely isolated, fed rich, creamy foods and forbidden to do any kind of activity, from reading a book to going on a walk. “Complete submission to the authority of the physician” and enforced rest were seen as part of the cure.

But Mitchell was no women’s specialist. In fact, writes Thrailkill, he honed his medical skills during the Civil War, treating soldiers who became “hysterical” or developed symptoms like phantom limbs after amputations, surgeries, and traumatic battles. As a result, Gilman was treated with what Thrailkill calls “a model of disease articulated through experience with male bodies.” Mitchell likened the strain of the nineteenth-century home to that of war and his female patients to vampires who sucked the life out of everyone around them.

Gilman bucked hard against her treatment and Mitchell’s misogynistic reign. Nonetheless, notes Thrailkill, she shared some of his views. Like Mitchell, Gilman believed that psychological conditions were physical ones. But she used that belief to push for equality both in medical treatment and in life. Women’s brains are no different than men’s, she argued, and women should be able to sidestep a stifling home life in favor of a professional career.

Today, it’s more common for women to document their pain through memoir as opposed to fiction. Books like Sick and Ask Me About My Uterus insist on gender parity in medicine, while also situating women’s pain within a patriarchy that stifles and silences. Thrailkill encourages readers to try reading “ The Yellow Wallpaper” literally. Gilman, she writes, wanted the story to shock readers—specifically, her own doctor—into changing their treatment of women.