Today’s teacher’s strikes in places like Oklahoma and West Virginia are the result of labor battles back in 2010, and the declining presence of unions across the economy generally. 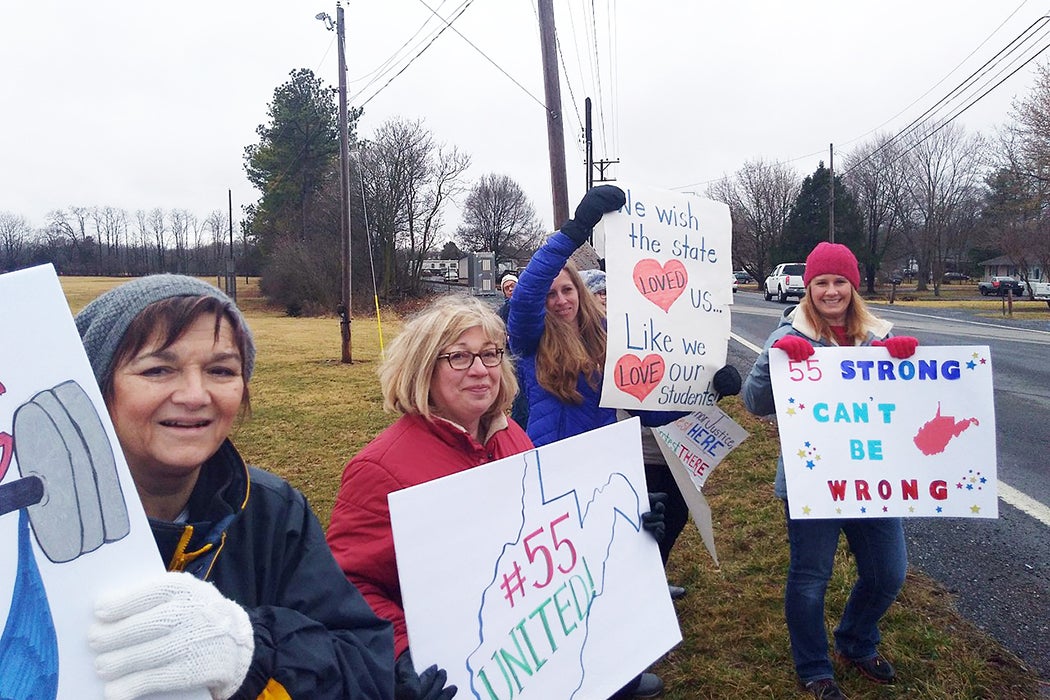 The successful strike by teachers in West Virginia in March has kicked off a wave of organizing and walk-outs in other places, including Oklahoma, Arizona, and Kentucky. To appreciate the significance of this movement, it’s worth looking at the wave of attacks on teachers’ unions that swept the country starting back in 2010, as labor relations scholar Étienne Cantin did in a 2012 paper.

When teachers’ unions rose up in the 1960s and ‘70s, using radical and often illegal techniques to gain recognition, they relied on the rest of the labor movement for support. But, Cantin writes, as private-sector unions declined, this support disappeared. Meanwhile, wage stagnation and declining benefits in the private sector left many of these workers feeling like they were paying too much in taxes to support teachers and other public workers. That issue became even more salient with the onset of the Great Recession.

The states putting teachers’ unions in the headlines are largely places where public workers have a very limited legal right to organize.

After a wave election swept Republicans into state and federal offices in 2010, Wisconsin Governor Scott Walker became the standard-bearer for the anti-public-union forces. Historically, Wisconsin had been a fairly pro-union state. But Walker and his supporters quickly passed a law eliminating or curtailing collective bargaining rights for various types of public employees.

Cantin notes that a number of other states, including Oklahoma, quickly followed Wisconsin, passing laws limiting the ability of teachers and other public-sector workers to bargain contracts. Many also passed right-to-work laws, which limit the ability of all unions to represent workers.

In the years that followed, teachers’ pay fell significantly in most states. Republicans also gained politically from the changes, as right-to-work laws reduced the political power of unions, which usually support Democratic candidates. Now, the Supreme Court is preparing to rule on a case that could extend right-to-work provisions to public-sector jobs nationwide.

Today’s situation is in many ways a mirror image of 2010. With a Republican president and Congress, liberals are motivated to get involved in politics, much as Tea Party activists were back then. The economy has gone from deep recession to gradual growth, making it easy for teachers to argue that they deserve a share in the growing prosperity. And the states putting teachers’ unions in the headlines are largely places where public workers have a very limited legal right to organize.

There is one marked difference, though: this year’s pro-union movement hasn’t been conducted by elected leaders but by rank-and-file teachers with more ambitious goals than even their union officials. Perhaps, for a movement that got its start in grassroots direct action, that’s the only way to overcome growing legal barriers to success.