SPAM was introduced 80 years, but it was a military-style corps of singing women that helped the canned meat skyrocket in the years after World War II. 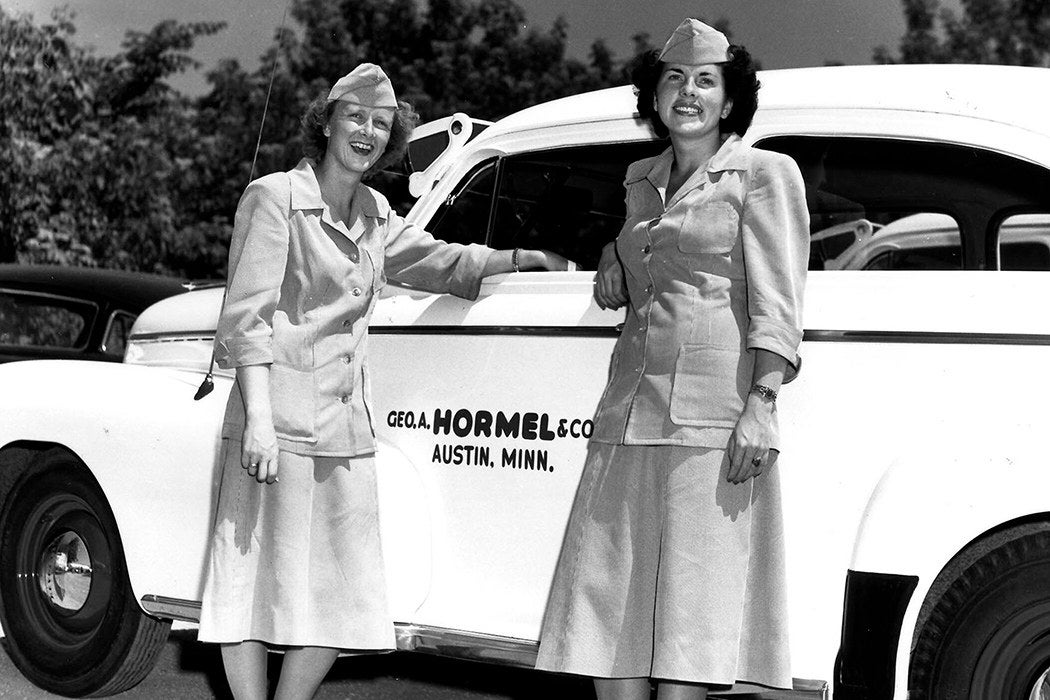 “Canned cooked meat” might not sound appetizing these days, but SPAM is still going strong. In the 80 years since the product was introduced, it’s become an international icon. Maybe it’s the shelf life, but savvy marketing also played a role. And as Jill M. Sullivan and Danelle D. Keck reveal, a military-style corps of singing women helped SPAM skyrocket in the years after World War II.

They were called the Hormel Girls, and they used the era’s fascination with war to sell canned meat.

In 1947, women were being encouraged to go back into the home after their arduous service in World War II. The very war that had brought women into the job force in record numbers also gave rise to SPAM. Though the food was invented in the late 1930s, it came to prominence during the war as a food that was long-lasting and easy to ship. SPAM became synonymous with the United States as hundreds of millions of pounds were shipped to U.S. allies.

Once the war ended, most of the women who replaced men in Hormel’s factories were given the boot. Most, but not all. Jay Hormel, the CEO (and son of Hormel’s founder), wanted his company to give jobs to returning vets—and many of those were women. He used military service as a way of recruiting women into the Hormel workforce, targeting military bands and creating the Hormel Drum and Bugle Corps. They were taken on the road as a way to promote SPAM. But their first competitive outings—against male American Legion bands—were a disaster. So Hormel turned their talents more toward selling SPAM than playing drums and bugles.

Soon, the Hormel Girls were selling SPAM door to door. They marched in local parades, appeared at grocery stores, and held contests. Then, Hormel decided to put them on the radio. They morphed into a radio orchestra and went on the air Sunday nights as Music with the Hormel Girls.

It was “a bona fide hit,” write Sullivan and Keck. They played popular tunes, read poems, sang songs, and pushed SPAM to the masses. They still traveled the country in a caravan of thirty-five white Chevys, attracting as much attention as a military parade. They took their radio show on the road, too, traveling with their own sound engineers and doing a folksy “Barnyard Capers” routine in farm animal masks before breaking into individual numbers.

The job might seem semi-humiliating—who wants to go on the road for the sake of SPAM? But keep in mind that the Hormel Girls were paid four times what the military paid them. And that investment was worth it for Hormel. Since SPAM had connected with families as a wartime food, “he determined to capitalize on the goodwill his company had earned.”

The Hormel Girls disbanded in 1953. The group may have been paternalistic, write Sullivan and Keck, but it helped build women’s postwar careers. Who knows? Without it, we might not still have SPAM today. 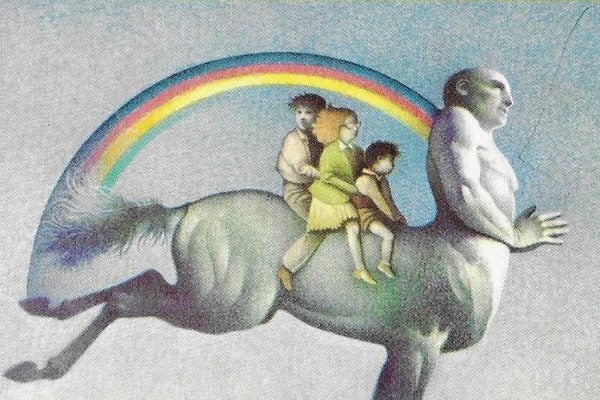 What Time is it When You Pass Through A Wrinkle in Time?