The Seal That Flew 1000 Miles To Get Home 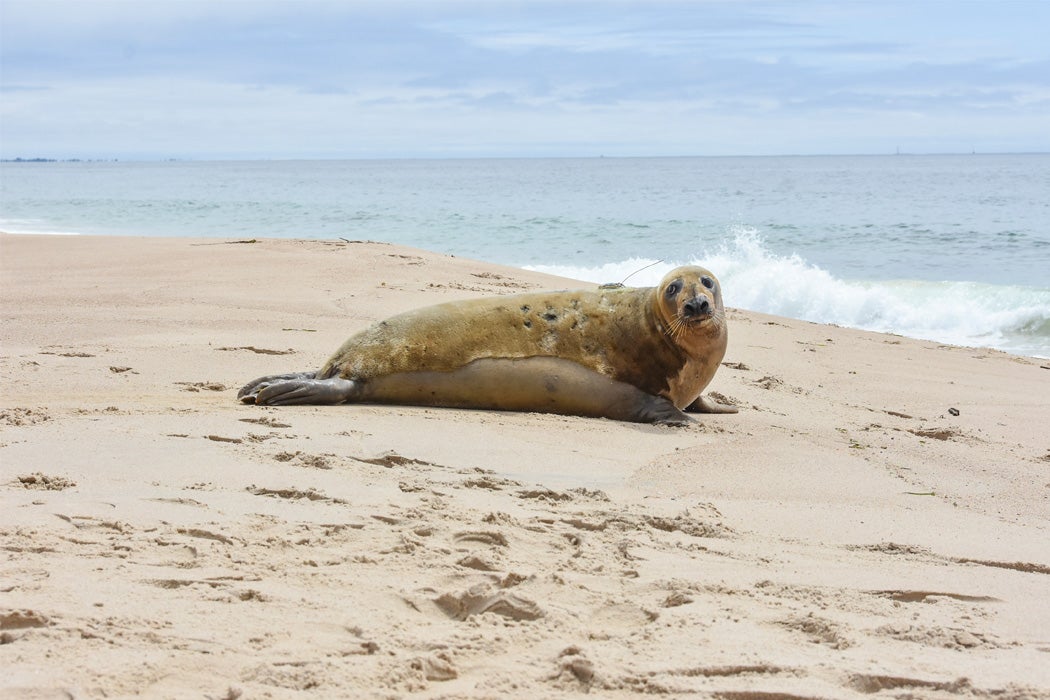 On March 19, 2019, several Bermuda locals found an unusual animal on Tobacco Bay Beach—a gray seal. Resting on the rocks, the seal appeared exhausted, with several lacerations on its flippers. The marine mammal was completely out of place in this subtropical island, so the locals sought help from the Bermuda Aquarium, Museum and Zoo (BAMZ), which rehabilitates sea turtles, birds, and other marine and terrestrial creatures.

Seals, however, are rare guests at the BAMZ, says Ian Walker, the organization’s principal curator and veterinarian. “There had been six recorded seals here since 1873,” he says. “They aren’t common in Bermuda at all.”

Gray seals are northern creatures found on both sides of the Atlantic Ocean. In North America, they live around Rhode Island and Connecticut, and farther up north in Nova Scotia. They are solitary creatures that usually swim alone, except during breeding seasons when they form groups.

As the climate changes, food sources fluctuate and seals may be following them.

The seal turned out to be a young female, later named Lou-Seal. How Lou-Seal ended up in Bermuda is a mystery. Walker says that as the climate changes, food sources fluctuate and seals may be following them. Currents change too, so as she was foraging, Lou-Seal may have been pulled into the wrong stream. “The Gulf Stream is constantly shifting in terms of eddies and currents, so it’s possible she got wrapped up in an eddy and ended up in the Gulf Stream,” he explains. “And then she managed to get across it, swam to the next landmass and ended up here. She was lucky to get here because there’s not a lot of land at this latitude, just Bermuda.”

During that long journey, Lou-Seal lost a lot of weight because there was little food she could eat. Gray seals feed on herring, cod, squid, and sand eels as well as other northern marine species, which don’t live in the subtropical waters. She was anemic, had a respiratory tract infection, and was so emaciated that for a while things didn’t look promising. Luckily, she was young and strong, Walker says. Thanks to antibiotics, abundant food, and good care from the BAMZ team, she got better.

At first, Lou-Seal was at ease with humans and followed them for food. As she got stronger she became more aggressive, which was a good thing, according to Walker. “We don’t want the seals to associate humans with food, because they get in trouble taking fish from the fishermen’s nets or swimming around boats in a harbor,” he explains. Seals have been known to infuriate fishermen by breaking their nets and stealing their catch. Years ago, a fisherman in Cape Elizabeth, Maine, was quoted as saying, “I believe seals should be dealt with as you would deal with rats.” Lou-Seal is better off not perceiving humans as friends, which is why Walker was happy to see her acting feisty. “It was a huge relief to me when she lunged for me!” he recalls. “At first I wasn’t sure she was going to make it in the wild—but that was a good sign.”

Now the BAMZ team had a new challenge: How could they get Lou-Seal home? Her native waters were 1,000 miles away and the Gulf Stream represented the natural barrier between Bermuda and her home shores.

Walker had previous experience with sending a stranded seal home on a FedEx plane. This time, he contacted Canadian company, Cargojet, which agreed to fly Lou-Seal to the United States for free. “They they were terrific to work with and agreed to fly at lower altitudes to compensate for Lou-Seal’s anaemia,” Walker says. He also contacted Mystic Aquarium in Connecticut, which has an animal clinic facility. Mystic offered to finish her rehabilitation until she was ready to return to sea. In the meantime, BAMZ built her a travel crate and Bermudian children decorated it with colorful marine artwork. “I accompanied the seal on the journey to Newark and she was transported by an all-female flight crew which seemed very fitting.” Walker says. “We also sent up a crate of Gosling’s Black Seal Rum,” he adds—so that the Mystic crew could toast to her release.

When Lou-Seal landed, Mystic’s stranding animal rescue vehicle was already waiting, and she was quickly taken to the rehabilitation clinic. She did well there, says Sarah Callan, assistant manager of Mystic’s animal rescue program. “She was eating about twenty pounds of fish a day and you could clearly see the difference in her appearance,” Callan says. “She was only 211 pounds when she came in, and she was 362 pounds at the end.” Like the BAMZ personnel, Mystic’s crew took precautions to avoid habituating her to humans, throwing Lou-Seal fish in such a way that she did not see them.

On May 30, 2019, a crew of Mystic staff and volunteers released Lou-Seal into the ocean. When the crate was opened, she took some time to examine her surroundings, looking back and forth. “The last time she saw ocean water was on Bermuda,” Callan says, “so she took a couple of minutes to take it all in.” And then she hopped straight into the waves and swam away.

The Mystic team toasted to Lou-Seal’s release with the Gosling’s rum. Thanks to a satellite tracking device, they hope to follow her journey for about a year. “She is a unique case,” Callan says, “so we wanted to monitor her location and depth post-release.” 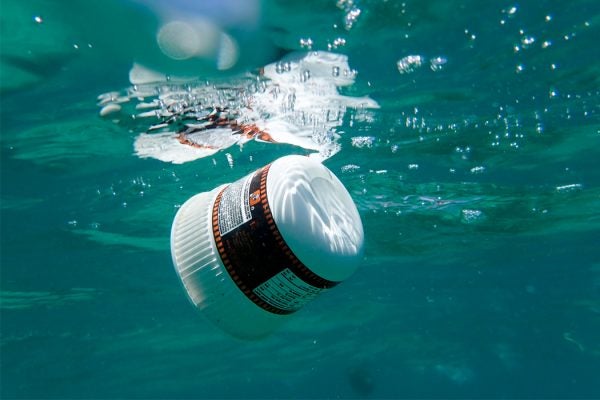