Though her writing career opened in an inauspicious manner, Edna St. Vincent Millay became the first woman to be awarded the Pulitzer Prize for Poetry. So begins Edna St. Vincent Millay’s “Renascence,” the poem that would launch her writing career… yet lose her a poetry competition.

According to poetry scholar John Timberman Newcomb, Millay is “among the most widely-known and read of all American literary figures,” representative of the subversive Modernist literary movement following World War I (F. Scott Fitzgerald’s career was also gaining steam around the same time). Millay’s life, a glamorous succession of popular publications and love affairs, has been the subject of much speculation by biographers and journalists, and she secured her place in history by winning the Pulitzer Prize for Poetry in 1923. But what many don’t know is that Millay’s first great “success” was actually a colossal failure. Imagine that your literary debut cheated you out of $500. That’s exactly what happened to Millay.

“When in 1912 Edna Millay, then a girl of nineteen, submitted ‘Renascence’ in a poetry contest, the judges, calmly over-looked it, after the manner of such judges, for a poem whose very title is unknown to day,” writes literature scholar Edd Winfield Parks. By “the manner of such judges,” Parks suspects casual misogyny. “Virtually from the beginning of her career, the critical discussion of Millay, favorable and unfavorable alike, had tended to treat her not merely as an individual writer but as an exemplary instance of ‘the woman as poet,’” notes Newcomb, drawing on the words of John Crowe Ransom, founder of the Kenyon Review. Millay’s poems were read as synecdoche, representing “female poets at large.”

When the winners of The Lyric Year’s 1912 competition were announced, the first, second, and third place winners were all men. Millay was relegated to fourth place. The scandal erupted when the entries of the contest were published; it was generally accepted that Millay’s poem was best, and that she’d been robbed. Special attention in the press was paid to the fact that Millay, her mother, and her sisters, a working-class family of women, were in dire straits. The first-place prize money could have lifted them out of poverty for good. It was an injustice with both sexist and classist implications.

The actual winners of the contest, rather than allowed the opportunity to celebrate their victories, were humiliated and shamed. The first-place winner of the contest, Orrick Glenday Johns, didn’t attend the award ceremony, fearing audience jeers and backlash. The second-place winner, Thomas Daly, offered Millay his $250 prize money (out of pride, she reportedly didn’t accept). And the third-place winner, George Sterling, wisely laid low. “History has had her little joke on them by leaving them out of all conversations except biographies of Millay,” quips Millay’s biographer Daniel Mark Epstein. Epstein goes as far as to suggest that Millay’s flirtatious correspondence with one of the contest judges may have impacted her candidacy, but this can’t be proven.

Despite the loss, events subsequently turned in Millay’s favor. According to her impressed acquaintance Floyd Dell, Millay may not have won the prize money, but she won national fame and, unexpectedly, a college scholarship. Invited to give a poetry reading at the Whitehall Inn in Camden, Maine, she managed to impress a wealthy and, as it turned out, generous member of the audience: Caroline B. Dow, a prominent patron of the arts. After the performance, Dow approached Millay and offered to pay for her to attend Vassar College, an all-girls liberal arts school in New York. Millay, already a seasoned opportunist, readily and happily accepted. With her family’s limited income and low social status, she wouldn’t have been able to enroll as a student otherwise.

At Vassar, Millay didn’t necessarily learn discipline in her writing nor did she excel academically. In fact, she rebelled against the college’s strict regime and conducted a libertine, party-girl lifestyle that offended the staff that expected “ladylike” behavior from its pupils at all times (Millay’s relationship with Vassar has been described as “volatile”). What she did gain from her tenure at Vassar was handy material. Her sexual relationships with her fellow students would make their way into her poetry and plays, most notoriously The Lamp and the Bell. This is likely not the outcome that Caroline B. Dow had agreed to pay for, but she can at least claim credit for funding the “education” of a star, when the judges of Lyric Year refused to do so. 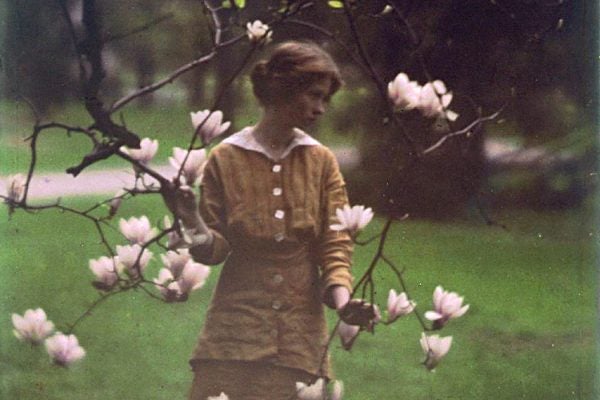