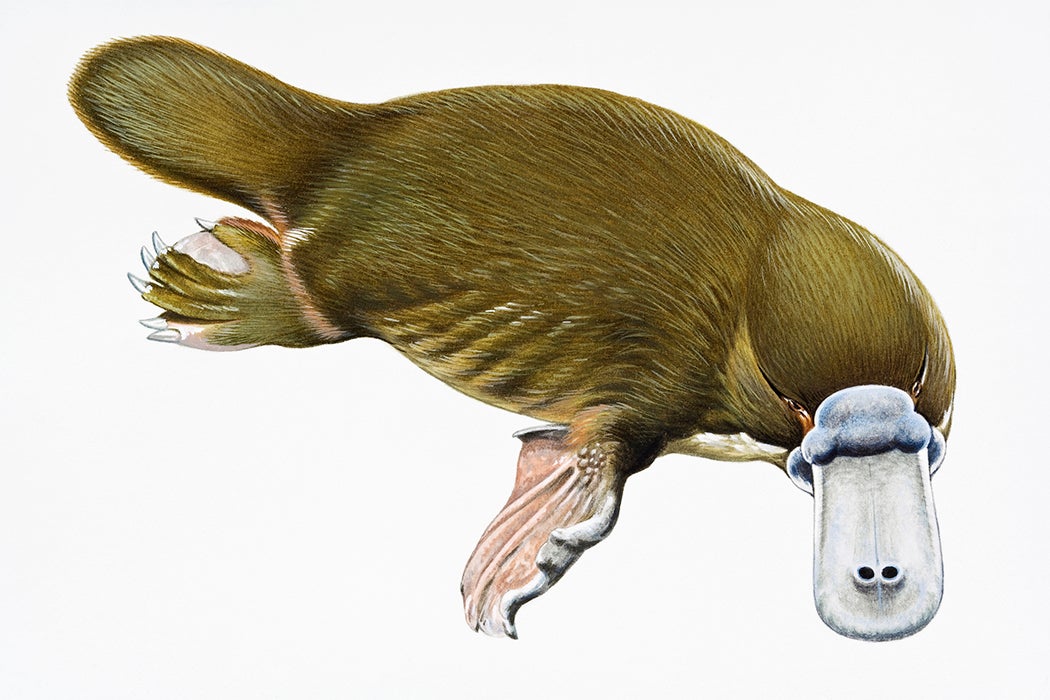 Platypuses. They’re weird. But according to new research they might actually be lifesavers; proteins in their milk have potential to be a new and powerful antibiotic. The potential value comes from the sheer weirdness of the milk proteins; they are unlike any other on Earth. In fact, platypuses are so unusual that it took taxonomists more than eighty years just to decide what they are.

As described by biologist Brian Hall in BioScience, the story begins in late eighteenth/early nineteenth century Australia. The platypus was well known to Aboriginal peoples, but the first Westerners to lay eyes on it thought it was some kind of large, stubby aquatic mole.

The platypus was first described in literature by George Shaw in the British Museum, who, along with many of his contemporaries, suspected it was a hoax. Most early scientists correctly assumed it was a mammal based on its fur, but working only from skins they knew nothing else. The dried bill strongly resembled an actual duck beak, and its first Latin name was Platypus anatinus: the flat foot duck. The name stuck even though these creatures were renamed Ornithorhynchus anatinus, which, for the record, means duck-like bird snout.

Platypus babies lick the milk from specialized skin on the mother.

The more nineteenth century biologists learned about platypuses, the more confused they became. Researchers were baffled that the animal had a cloaca (a combined excretory and reproductive opening found in reptiles and birds) even though it was a mammal. So many anatomists wanted to add their two cents that their study became known as the “Platypus Industry.” It wasn’t until the 1830s that Westerners became aware that platypuses nurse their young, though they lack nipples. The babies lick the milk from specialized skin on the mother.

Analysis of the body convinced anatomists that platypuses laid eggs, but many also assumed that since they nursed the young must be live born. Reports of egg laying by aborigines and early colonists were dismissed by the learned men of Europe, but to be fair their skepticism was fueled by many fake or misidentified eggs. Finally, in 1885, a Scottish Zoologist, William Caldwell, collected and described what were without any doubt platypus eggs. (His achievement was offset somewhat by the thousands of platypuses slaughtered in the process.)

Along with echidnas, platypuses are the last of the monotremes, or egg-laying mammals. They are nocturnal, and they use their flexible bill filled with electrosensors to detect buried prey underneath the murky water. Males have a venomous spur in their hind legs that they use to fight other males. Females use their bodies and their tails to maintain a perfect incubation temperature for the eggs in any weather. All of them are prolific eaters, eating at least a quarter of their body weight every day. Weirdness aside, platypuses are remarkable. 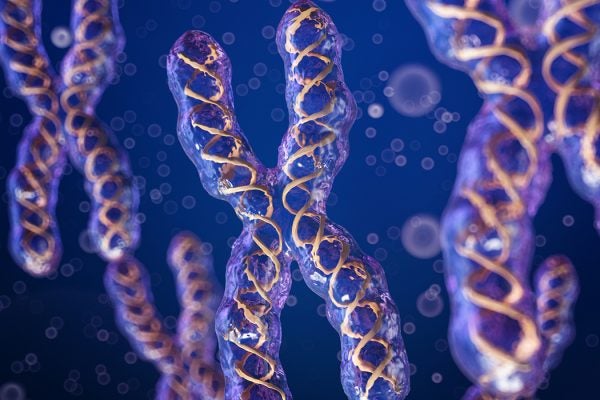 Most people know that the X chromosome is one of the two sex chromosomes. But it does more than just determine if you're born male or female.