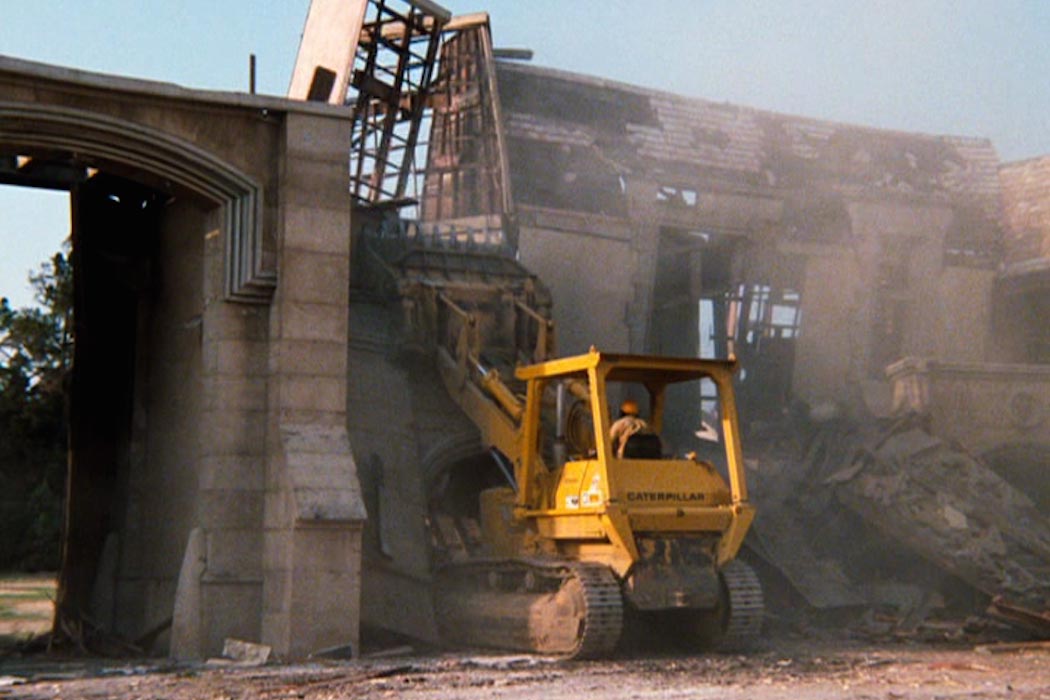 In Killing for Culture, David Kerekes and David Slater lay out the complete history of the so-called “snuff-movie” aesthetic. For the authors, a snuff film “depicts the killing of a human being…without the aid of special effects or other trickery, perpetuated for the medium of film and circulated amongst a jaded few for the purpose of entertainment.” So, it’s a film in which a main character is legitimately killed or “snuffed out” for the viewer’s pleasure.

The Hollywood musical—at least in its classical state—was also snuffed out, slaughtered onscreen for the entertainment of the spectator. And nowhere is this more evident than in The Phantom of Hollywood, a horribly tacky made-for-TV movie that aired on CBS in February of 1974, now available for streaming on Warner Archive.

An extremely loose adaptation of The Phantom of the Opera, The Phantom of Hollywood takes place during the last days of the fictional Worldwide Studios, a film production site that has hit hard times and is thus forced to sell its props, costumes, sets, and backlots to property developers. But there’s one problem: a masked man who lives on the lot and swore to protect it from harm keeps killing off site surveyors, studio employees, and demolition workers. In 74 minutes, the mystery of the phantom must be solved!

It’s not surprising that MGM chose to make a film featuring the destruction of a movie in the early ‘70s. By 1973, when The Phantom of Hollywood was filmed, MGM was already in a poor state. In 1970, the studio had auctioned off thousands of items from its golden years to raise funds to erect the MGM Grand Hotel in Las Vegas, incidentally one of the first “to recast the town as a family entertainment resort.” Backlot 3 (of 6) had been demolished to make room for the Raintree condominiums. Backlots 4, 5, and 6—which housed MGM’s animals, plants, and antique car lot—had been sold off for commercial development. Next on the agenda: to bulldoze the “vast and glorious” Lot 2, where Gene Kelly sang and danced in the rain and Judy Garland heard “the clang, clang, clang of the trolley.”

Hard times, auctions, dilapidated backlots: in many ways, The Phantom of Hollywood mimicked real life—well, aside from the masked dude living unnoticed in the backlot’s “dungeon.”

But as it happens, this poorly done 1970s TV movie more than imitated reality; it destroyed it, right onscreen, for the pleasure of the viewer. And here I mean pleasure in the Freudian sense—like the perverse pleasure one gets from breaking rules or slowing down to gawk at a gruesome car accident. Yes, for its climax, The Phantom of Hollywood literally bulldozes MGM’s Lot 2, and thus kills the classical film musical.

The Phantom of Hollywood, an MGM Snuff Film

Since The Phantom of Hollywood is produced by MGM, it ironically becomes MGM’s own snuff film, each major moment within setting up the climax of demolition and death. The film signals MGM’s impending collapse and the collapse of the classical movie musical in six ways:

1. The studio’s demise is set up in the opening as we look down on its deteriorating remains.

According to the journalist-narrator, we know that Worldwide Pictures (the fictional stand in for MGM) was “the capital of the movie business, the undisputed monarch, [and] the home of great stars” for more than 40 years. But no more—no one wants to see movies with fake scenery; as such, the narrator explains, “Backlots are worth more now as real estate.” We are already being conditioned to expect an impending slaughter.

2. The Phantom of Hollywood’s opening credits continue to fetishize the crumbling backlot perhaps even more blatantly, by intercutting it with clips from classical MGM movies. The filmmaker’s use of silence makes a powerful statement here as well, aurally encouraging us to remember the studio in its fully functioning, liveliest state.

While watching the credits, observant musical fans will notice backlot sets from Babes in Arms, For Me and My Gal, Meet Me in St. Louis, An American in Paris, Singin’ in the Rain, and The Band Wagon, which are shown in their dilapidated state. Still, the film—and its focus on ruin—foreshadows the impending termination of Lot 2.

3. As it rolls on, The Phantom of Hollywood shows actual footage of the huge 1970 MGM auction, specifically that moment when Judy Garland’s ruby-red slippers garnered a whopping-for-the-time-period price of $15,000. Keep in mind that The Wizard of Oz is also an MGM musical production of which the studio was/is immensely proud.

5. The studio execs and detectives searching for the backlot Phantom stand-in as Kirk Kerkorian and James T. Aubrey Jr., the men who not only took over MGM in 1969 to stop its financial hemorrhaging, but who ultimately dismantled it lot by lot. Over the course of the film, the characters spout dialogue such as this:

We might also note here that James T. Aubrey presided over CBS, the network that aired The Phantom of Hollywood. Aubrey was known for being “relentless in his pursuit of ratings and shares” and was even once compared to MGM’s ruthless studio head, “out-Mayer[ing] Louis B. Mayer ten times over.” Also relevant, Aubrey’s daughter, Skye Aubrey, co-stars alongside Jack Cassidy and Peter Lawford in The Phantom of Hollywood.

6. The masked Phantom—a former swashbuckling actor whose face was burned in an onset pyrotechnic accident—stands in as the classical musical/MGM fan. To the female hostage in his lair (the phantom must have a lady hostage and a lair, right?), he mourns aloud,

This is my home. Here I exist, I live. This studio, this stage, this amphitheater: where else does an actor belong? Where else can he breathe? Would you deny me this?

And to the police, he bellows:

You fools! I am not among your ruins! I live in a world of castles, of palaces, of mansions, in dreams! My world is invulnerable to your machines, to your progress! You will never find me!

But the phantom’s world is not invulnerable to the machines and progress. After all this setup and teasing, we finally reach the film’s climax: we witness the actual destruction of MGM’s Lot 2. The real live facades are destroyed, the phantom is “flushed out,” and classical movies including (or especially) the movie musical are officially dead, for the simultaneous pleasure and horror of the spectator.

In the Sound of Musicals, Karen McNally reminds readers that of the Big Five studios, it was MGM that refined the format of the screen musical: “it included talents of songwriters, musicians, and other craftsmen dedicated to the film musical, and associated the studio with the development of the genre in relation to both style and format.” Writing for the Museum of Modern Art, Laurence Kardish echoes this notion, calling the musical MGM’s “apotheosis.”

Indeed, it’s hard not to associate MGM with the movie musical. But it’s even harder, I think, for classical musical fans to witness the end of such a lavish era—not only bulldozed to the ground for their entertainment, but also caught onscreen in something like The Phantom of Hollywood, a cheap, laughable, and decidedly un-MGM-like movie. 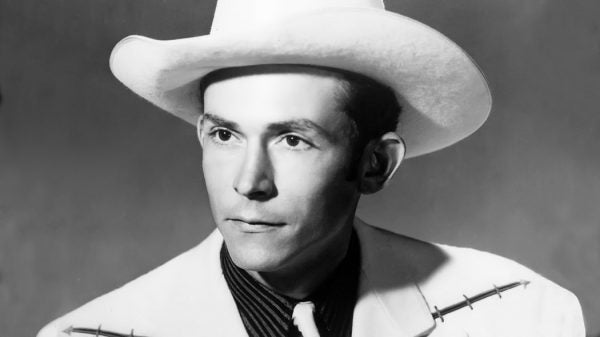 The Music and Meaning of Hank Williams