The audience for a joke has options. They can “support” a joke—for example by laughing at it—or they can respond with “unlaughter.” 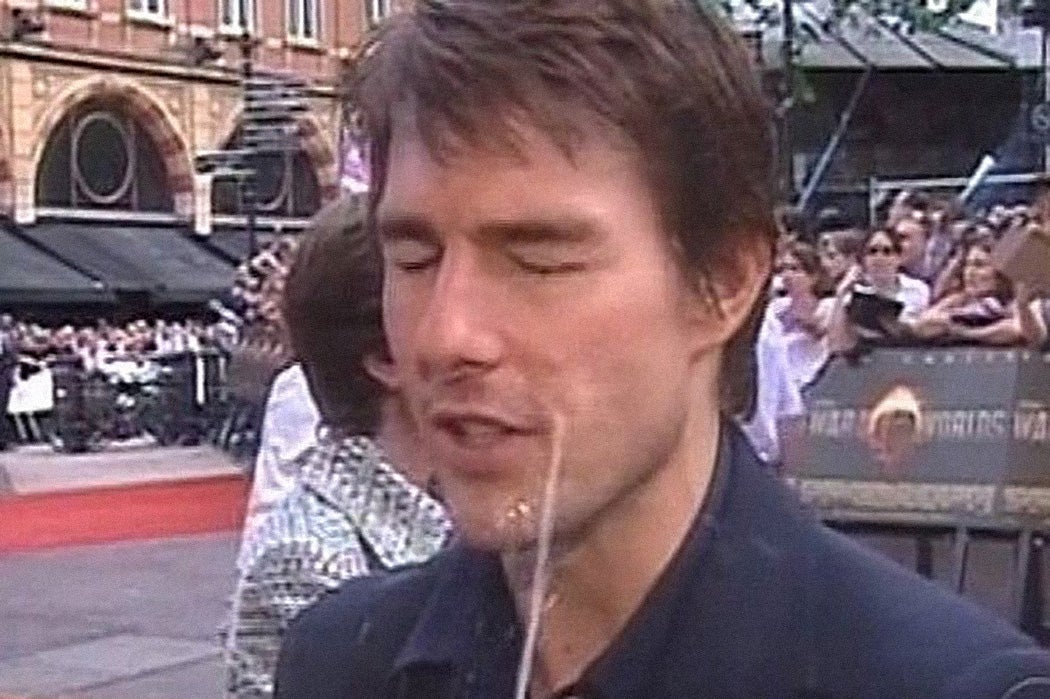 Tom Cruise is squirted with some water during an interview in 2005.
By: Livia Gershon
3 minutes
Share Tweet Email Print

Modern American culture considers a sense of humor, and especially an ability to laugh at oneself, a crucial attribute. For a serious activist, there’s no more commonplace response than being labelled “humorless.” A 2009 article in the Journal of American Folklore by the folklore librarian Moira Smith suggests that there’s a good reason for that. Smith writes that, even more than other social performances, jokes depend on their audience. That’s because making a joke requires shifting from a serious kind of discourse to a humorous one. “However,” she adds, “both the serious and humorous discourse modes are social achievements, not unilateral ones.”

The audience for a joke has options. They can “support” the joke—for example by laughing at it or making their own joking comment in response. Or they can respond with “unlaughter,” rejecting the invitation to humorous discourse.

Many viewers were quick to interpret Cruise’s unlaughter as evidence of a deficient character.

The clip made the rounds of the internet and celebrity news shows. Smith writes that many viewers were quick to interpret Cruise’s unlaughter as evidence of a deficient character. Some articles implied that he was enraged or out of control, although that’s not what comes through in the video.

Cruise took a social risk in refusing to laugh. Smith cites work by the historian Daniel Wickberg, who argues that modern western people experience the “simultaneous affirmation of an ever-deeper interior self—autonomous, natural, and of its own making—and an infinitely adaptable exterior self—supremely sensitive to social circumstances and the mitigation of conflict.” To navigate the social world while inhabiting a messy, complicated inner life requires an ability to find humor in the incongruity between our interior and exterior selves. In other words, there’s a huge cultural demand to laugh at ourselves. And Cruise paid a social penalty for refusing to comply.

The dilemma of whether to laugh becomes much darker in situations where a member of a racial or sexual minority is presented with an offensive joke targeting their community. In fact, Smith notes, telling jokes that part of the audience might prefer not to laugh at can be a way for members of a more powerful in-group to strengthen barriers against out-groups. For example, the management scholar Rosabeth Kanter found that men in predominantly male workplaces told more sexist and sexual jokes when female coworkers were present.

“The test was to see whether the female minority would adapt to the norms of the male majority or responds with unlaughter,” Smith writes, “which would, according to popular thinking, ‘prove’ their humorlessness and unsuitability for full inclusion.”