A new discovery puts scientists a bit closer to understanding the mysterious subatomic particle that is the neutrino. 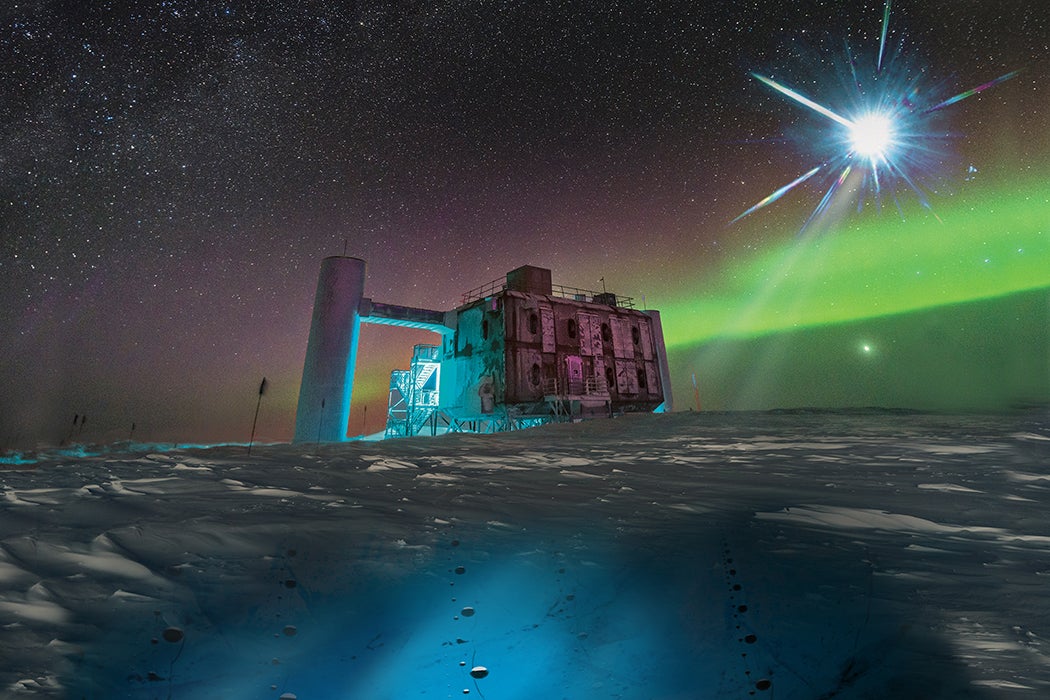 In this artistic rendering, based on a real image of the IceCube Lab at the South Pole, a distant source emits neutrinos that are detected below the ice by IceCube sensors, called DOMs.
Icecube/NSF
By: James MacDonald
3 minutes
Share Tweet Email Print

It’s a small breakthrough, literally: Researchers have detected a high-energy neutrino, an elusive subatomic particle. Furthermore, they were able to trace the neutrino to its source, a blazar, which is a giant black hole at the center of a distant galaxy that emits a jet of radiation. This detection is a special case, but the truth is, detecting a neutrino at all is cause for celebration.

Neutrinos, scientifically speaking, are weird: They are everywhere and yet nowhere. According to the physicists Edward Kearns, Takaaki Kajita, and Yoji Totsuka, writing in Scientific American, billions of neutrinos pass through every part of the average person’s body every second. But as described by the physicist Dave Besson and colleagues in PNAS, neutrinos usually pass undetected through ordinary matter.

Neutrinos are so light that until the 1980s most people didn’t believe they had mass.

Neutrinos have no electric charge, and don’t interact with matter electromagnetically. They are so light that until the 1980s most people didn’t believe they had mass. There are two main forces in atoms: the strong force, which holds atomic nucleii together, and the weak force, which is involved in radioactive decay. The weak force is insignificant except at very short distances, and neutrinos only interact by means of the weak force (so neutrinos barely interact with matter at all). A common description of their elusive nature is that most neutrinos would have to pass through a lead block a lightyear thick before they interacted at all with the lead. For this reason, neutrino detectors are huge—a massive volume of matter must be observed constantly in the hopes of a chance interaction with one neutrino.

Neutrinos are fundamental particles, meaning as far as anyone knows they cannot be broken down into smaller particles. There are several sources. Most neutrinos passing through Earth are produced in the sun, but some types, like the neutrino recently detected, are produced only in distant galaxies.

Their diverse origins partially explain why scientists are willing to undergo the difficulty and expense of trying to detect them. According to the physicists Graciela B. Gelmini, Alexander Kusenko, and Thomas J. Weiler, in 1987, researchers detected an unusually large number of neutrinos; the source turned out to be a supernova. That experiment helped prove that neutrinos have mass.

Neutrinos come in different varieties, called flavors (electron, muon, tau), and these flavors are very different from one another. Despite each flavor being substantially different from the other, neutrinos can change from one flavor to another as they travel through space. The three flavors each can be at low or high energy. Low energy neutrinos mostly come from the sun; high energy neutrinos tend to come from deep space. All this information can provide a lot of information about the conditions at the neutrino’s origin.

The recent visitor was one of the few high-energy neutrinos ever detected, suggesting that its source is huge. The study was thus a twofer: The neutrino helped determine that blazars are a source of cosmic rays, another longstanding mystery. Some believe that neutrinos even hold the key to dark matter. But to solve this mystery, researchers have to be able to observe neutrinos. 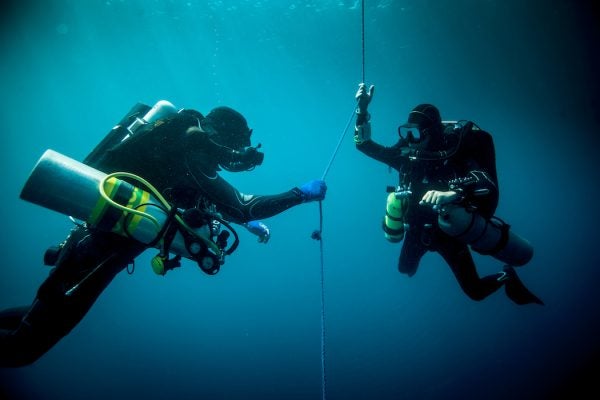 The Science Behind Decompression Sickness

Deep-sea divers now know how to avoid "the bends." But decompression still poses a problem when studying marine organisms from the deep.