Tardigrades, aka water bears, are microscopic animals that are found in virtually any environment on Earth. 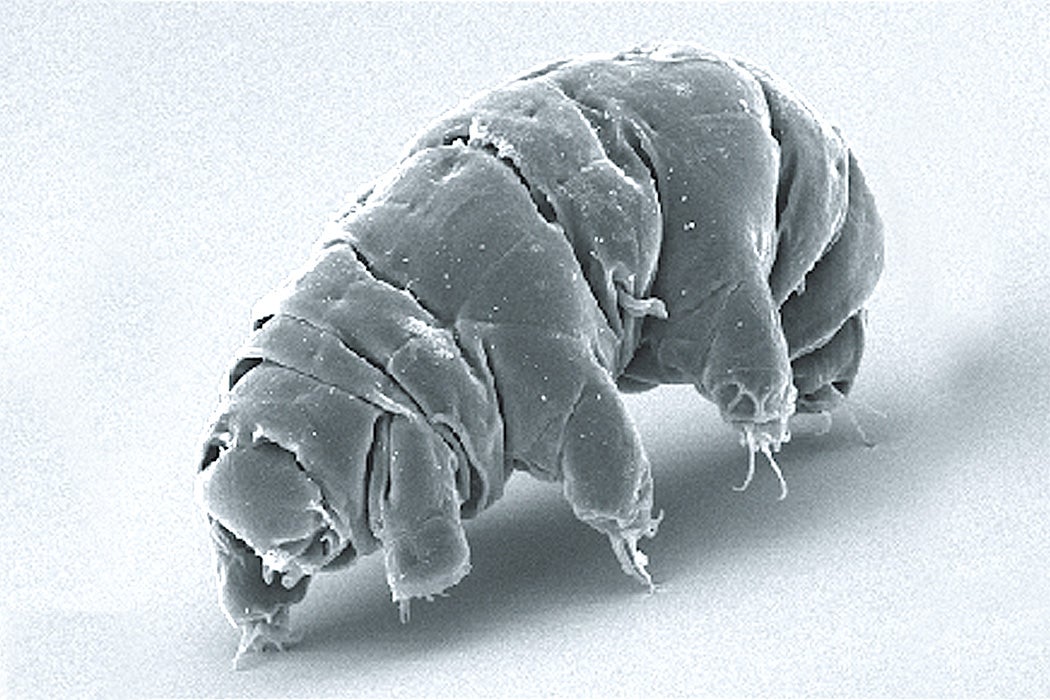 Recently, a new exhibit highlighting some of Earth’s most amazing life forms opened at the American Museum of Natural History in New York. The exhibit focuses on life at its most extreme, i.e. the largest or the most extreme environment. In honor of the new show, let’s take a look at a critter that, although small, is exceptional in an important respect: it can survive virtually anything. Meet the tardigrade.

Tardigrades, aka water bears, are microscopic animals that are found in virtually any environment on Earth, from extremely high altitudes to the abyssal depths of the sea. Imagine a kidney bean with four pairs of stubby legs ending in sharp claws or suckers and a sharp, circular mouth and you’re glad they are very small. Tardigrades thrive in hostile environments such as intertidal areas or among exposed mountain lichens. They can survive extremes of temperature, salinity, drought, or even exposure to radiation.

The tough, and tiny, tardigrade.

Specimens long assumed completely desiccated have been revived with a little water, giving rise to the notion that they can return from the dead. They are so tough that several tardigrades even survived a trip to space and back—outside the spaceship. How do they do it?

Don’t stock up on anti-zombie supplies, the key is a rare ability called cryptobiosis. Cryptobiosis is the ability to basically dry itself out— when in the cryptobiotic state tardigrades can lose almost all of their water, a sort of tardigrade jerky. In this condition they are alive but effectively dormant, for all intents and purposes existing as a type of living dust. Completing their adaptability, they can rehydrate very quickly. In some cases, they revive from cryptobiosis within minutes, enabling them to take immediate advantage of improved conditions.

When dry, tardigrades are virtually invincible. They are immune to osmotic issues, such as extreme salinity changes. Extreme changes in temperature don’t phase them, since there is little tissue left for the heat or pressure to damage. In this state tardigrades can survive for days with minimal oxygen. Freshwater species can increase their survival time by enclosing themselves in a hard cyst.

This remarkable adaptation not only helps tardigrades survive environmental changes, it is believed to aid in their dispersal. Their dry state is a perfect way to drift to a new habitat, and they’re ready to survive immediately once they’ve arrived somewhere favorable. A look at the mighty tardigrade is a reminder of just how many fantastic forms life can take. When it comes to toughness, size does not matter. 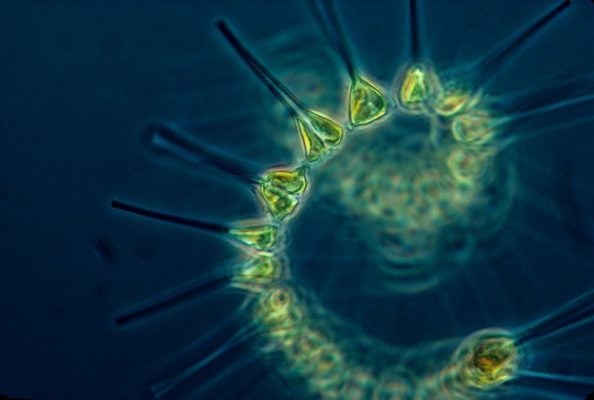 Old Data, New Discoveries: Solving The Paradox of the Plankton

In 1961, G. E. Hutchinson first outlined what he called the paradox of the plankton. Over 50 years later, it may be solved.