The History of Graduation Ceremonies and Other School Rituals

Graduation ceremonies and traditions have certainly changed over the past 100 years. 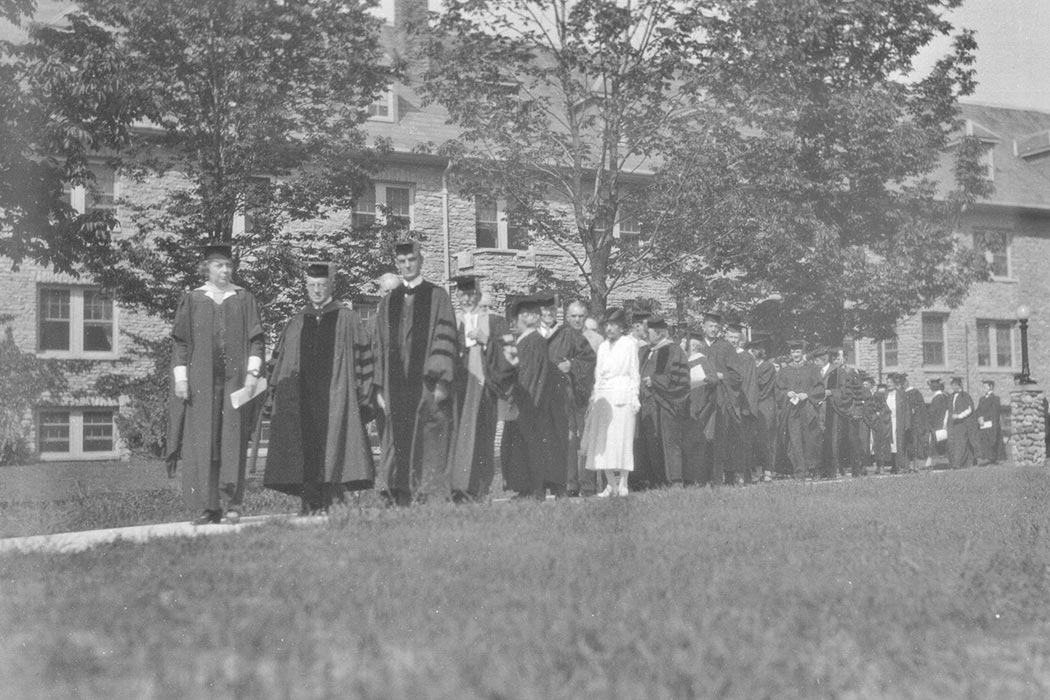 What was school like for our parents, grandparents, and the rest of our ancestors? We often see an individual’s level of education reported on the U.S. census and if we are lucky, we might know the school they attended. But how much do we know about what school life was like for them in 1920 or even 1850? Were there such things as senior parties and senior pranks? What were graduation ceremonies like?

Graduation ceremonies and traditions have certainly changed over the past 100 years, as indicated in a study by Carl M. Hulbert and Harl R. Douglass of 1930s graduation activities in the state of Wisconsin. Today, most college graduations are held at stadiums and large arenas to accommodate the large crowds. In contrast, ceremonies in the 1930s appear to have been a bit more subdued, with the focus on the invocation and benediction. In Wisconsin, 77% of schools placed their senior class on the stage for graduation ceremonies. Only 11% seated the faculty along with the senior class.

Senior activities have also changed a bit since the 1930s. Then, 90% of schools reported that they held a senior-class play, an occurrence not often seen in today’s world. Other popular events included a senior picnic, reported by 56% of Wisconsin’s schools and a junior-senior banquet, held by 41% of schools. Only 27% of high schools reported that they held a senior trip, and only 8% held a slouch day. Perhaps the biggest change between 2014 and the 1930s—in 1934 only 4% of Wisconsin’s high schools held a senior camera day.

Clearly developments in technology and transportation have changed the way high school seniors celebrate their graduation. Graduation parties are not a modern invention, but they might have changed a bit over the years. Jo Measure recounts graduation parties in Montana in the 1920s that included ten-day hikes, and backpacking trips stretching 150 miles.

Overall, education has seen significant changes over the past hundred years, as many of our ancestors who lived in the 19th century were taught at home or in one-room schools. A study of the creation of public school districts within the United States notes the large decline in the number of school districts, in relationship to the declining number of one-room schools, between 1916 and 1984. A number of key factors can be attributed to this change, including a declining farming population and a decrease in rural birth rates. These factors, along with others, led to an overall decrease in the number of children per square mile. Looking at your own ancestry, you might see changes in the educational activities of a family based upon their occupation, family sizes, and residence between 1880 and 1930.

While the number of children to attend school within a square mile decreased, other factors led our ancestors into more centralized school systems. Developments in transportation—including the addition of personal vehicles and increased road quality—enabled more students to travel further as they sought their education. Life at school changed dramatically, as many moved from a non-graded system to standardized grading and a high school program, as we know it today. As our ancestral families transferred from traditional rural, one-room school experiences to a public school system, they might have faced admission tests, such as the one reported by Avis Carlson in Kansas in 1907. The questions illustrate the level of education needed to move forward in the new graded system, “give a brief account of the colleges, printing, and religion in the colonies prior to the American Revolution” and “find the interest on an eight-per-cent note for $900 running 2 years, 2 months, 6 days.” Questions also reflected current political climates, a sign of the prohibition era that was to come, “write 200 words on the evil effects of alcoholic beverages.”

What about the daily routine of our ancestors as students in this new world? As public graded school systems worked to establish standards, a blue-ribbon panel known was the Carnegie group proposed that each class run for 50 minutes for 32 weeks. A course was called a “unit” that would include 180 hours of instruction, while students were also given 10 minutes to move from classroom to classroom—a pattern that persists today in some public school settings.

The options facing today’s high school graduates include a multitude of routes, such as moving forward to college and universities. For our ancestors, some had similar options; including specialized degrees catering to those who might have been denied educational opportunities in the past. The Female Medical College of Pennsylvania’s fees for the 1854-1855 term seem almost immaterial compared to the cost of today’s education. A matriculation fee (paid only the first session) was $5, followed by $10 to each professor, a $5 fee for practical anatomy and chemistry, and a final $20 graduation fee. The school had four graduates in 1854, which included Elizabeth H. Bates of New York who studied the best means of preserving heath and Lucinda R. Brown of Texas, who studied digestion.

Looking for further details? Every genealogist should check back issues of The Journal of Education. Founded in 1875, the publication is a rich resource for tracing the history of our ancestor’s educational activities. One regular feature, “Educational News” from the early 1900s regularly circulated news from across the United States, including notes of graduation and syllabus requirements, appointments made to school boards and Teachers’ Associations, and other details about changes in local school systems.

Commencement Activities and Practices in Wisconsin High Schools
By: Carl M. Hulbert and Harl R. Douglass
The School Review, Vol. 42, No. 5 (May, 1934), pp. 346-355
The University of Chicago Press
Graduation Party-1929
By: Jo Measure
Montana: The Magazine of Western History, Vol. 41, No. 2 (Spring, 1991), pp. 74-79
Montana Historical Society
Neither "Creatures of the State" nor "Accidents of Geography": The Creation of American Public School Districts in the Twentieth Century
By: William A. Fischel
The University of Chicago Law Review, Vol. 77, No. 1 (Winter 2010), pp. 177-199
The University of Chicago Law Review
Fifth annual announcement of the Female Medical College of Pennsylvania, located in Philadelphia at no. 229 Arch Street, for the session 1854-55.
By: Woman's Medical College of Pennsylvania
Cowen Tracts, 1854
EDUCATIONAL NEWS
The Journal of Education, Vol. 83, No. 23 (2083) (JUNE 8, 1916), pp. 638-643
Trustees of Boston University 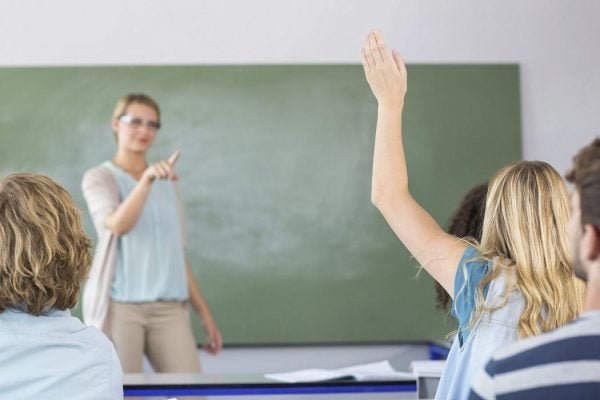