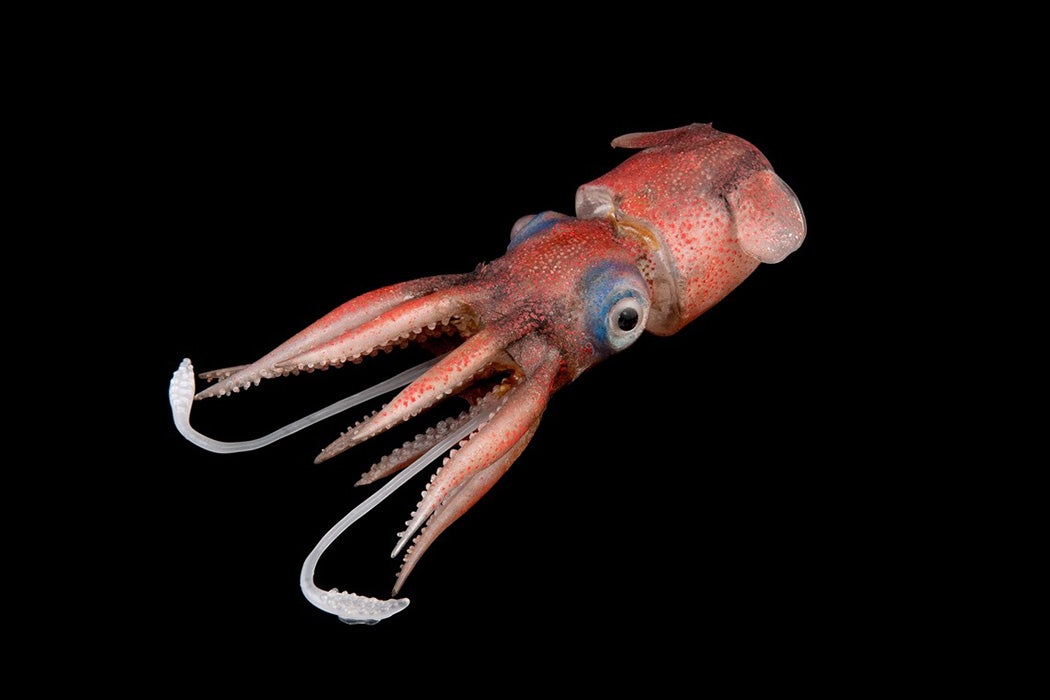 The Cornell Collection of Blaschka Invertebrate Models is like nothing else: a public collection of hundreds of strangely beautiful glass models of ocean creatures. Long used for educational purposes, these delicate objects are now digitally preserved for anyone to see. Collection curators Eveline V. Ferretti and Dr. Drew Harvell shared some background about the Blaschkas, who created the models, and the collection’s own fascinating history. We’ve included some of our favorite images here. You can click on the images to see them in greater detail or see the entire collection in Artstor’s Public Collection.

When I came to Cornell as Curator of Invertebrates, I launched an effort to restore the Blaschka collection and bring it back to Cornell for display and teaching. We wanted this collection to be public, because it shows an unusual and inspiring vision of the richness of ocean biodiversity. It also helps us communicate that the biodiversity of the oceans is as fragile as glass.

The nineteenth century saw an explosion of interest in the exploration of the natural world, resulting in growing numbers of zoological and natural history societies, which often established museums to garner more popular interest and support. Expeditions that investigated ‘new frontiers’—rugged tropical rainforests, the fossil record, the ocean depths—proved particularly sensational, and the findings they gathered were often put on museum display.

Curators faced a problem with the display of invertebrate marine life, though—these were fragile and prone to disintegration once removed from their ocean environments. Leopold Blaschka (1822-1895) solved this problem for the curators of these new natural history museums by rendering fragile marine life creatures into glass. -EF

In the mid-1800s, oceanography was in its very early infancy, not yet its own field of study.  The 1872-1876 HMS Challenger expedition yielded over fifteen volumes in detailed reports and illustrations, and was a source of significant inspiration to Leopold Blaschka. Drawing from illustrations made during his own 1853 trans-Atlantic voyage, as well as from illustrations by naturalists of the time, Leopold—and, later, his son Rudolf—proved more than able to translate these 2D images into 3D figures. In the hands of these exceptional glass-working masters, the medium proved extraordinarily suitable for creating scientifically precise and surprisingly life-like models, perfectly suited not only for display in museums but also for use as teaching models for a nascent science. -EF

It’s also conceivable that the HMS Challenger expedition helped expand the market for Leopold Blaschka’s invertebrate marine life models. As far as we know, there were no other glassblowers who produced the kinds of scientifically precise marine life models that the Blaschkas were known for—or if there were, their work didn’t make the cut for museum display or use by research institutions. -EF

Blaschka worked with his son, thanks to an unprecedented combination of tradition, extraordinary talent, and opportunity.  Leopold Blaschka himself came from a glassblowing family. Originally, he made a living by producing lamps and glass eyeballs. A side hobby of creating glass flowers earned him some notice by aristocratic Dresden-based German collectors and museum curators, eventually earning him commission for more flowers and also—with the growing interest in ocean life noted above—marine creatures.

These commissions were so successful that Leopold soon devoted his workshop solely to that line of work. His son, Rudolf, shared his interest and talent—not to mention the good fortune of being trained by the very best in the craft. He joined his father’s thriving workshop and continue the work even after Leopold’s death.  The family glass-blowing lineage ended with Rudolf, as Rudolf did not have children of his own. But the tremendous Blaschka survives in the fabulous glass art (I’d like to call it “science-art”) that they left behind. -EF

In the 1870s, the Rochester-based Henry Ward Science Establishment became the U.S. agent for the marketing of Blaschka models to American institutions. Cornell entomologist John Henry Comstock successfully proposed to Cornell’s co-founder and president Andrew Dixon White that Cornell acquire a teaching collection of Blaschka models. In 1882, White authorized the purchase of around 500 models to support teaching in marine zoology at Cornell. Professor Tom Eisner noticed in the early 1960’s that it was not cared for properly at Cornell and moved it to Corning Museum of Glass on loan and for safekeeping. Corning Museum of Glass has recently helped restore many models for display at Corning and Cornell. The models are very fragile and need a lot of cleaning and glasswork. -DH

While researching my book A Sea of Glass: Searching for the Blaschka’s Fragile Legacy in an Ocean at Risk, I tried to find contemporary examples of the invertebrates that the Blaschkas recreated in glass, using them as a ‘living time capsule’ to see how much our oceans have changed in 150 years. I found that although some of the Blaschka matches in our contemporary oceans are rare or hard to find, others are very common. We have been able to confirm that most are at least present somewhere in our contemporary oceans. Some of these animals are from the Mediterranean and have suffered big declines in recent years. I want people to be astounded and inspired by the beauty of ocean spineless animals! -DH

Editors’ Note: Dr. Harvell’s book chapter “Octopus and Squid: Shape-Shifters under Pressure” is available here for free download! In this chapter, she describes her efforts to find a particular octopus, the visual match for the Blaschkas’ octopus model, in the wild. Dr. Harvell also writes about the unique qualities of cephalopods and what the Blaschkas’ glass models reveal. Thanks to University of California Press for giving us permission to share this chapter with our readers.

A Sea of Glass: Searching for the Blaschkas' Fragile Legacy in an Ocean at Risk
By: Drew Harvell
2016
University of California Press