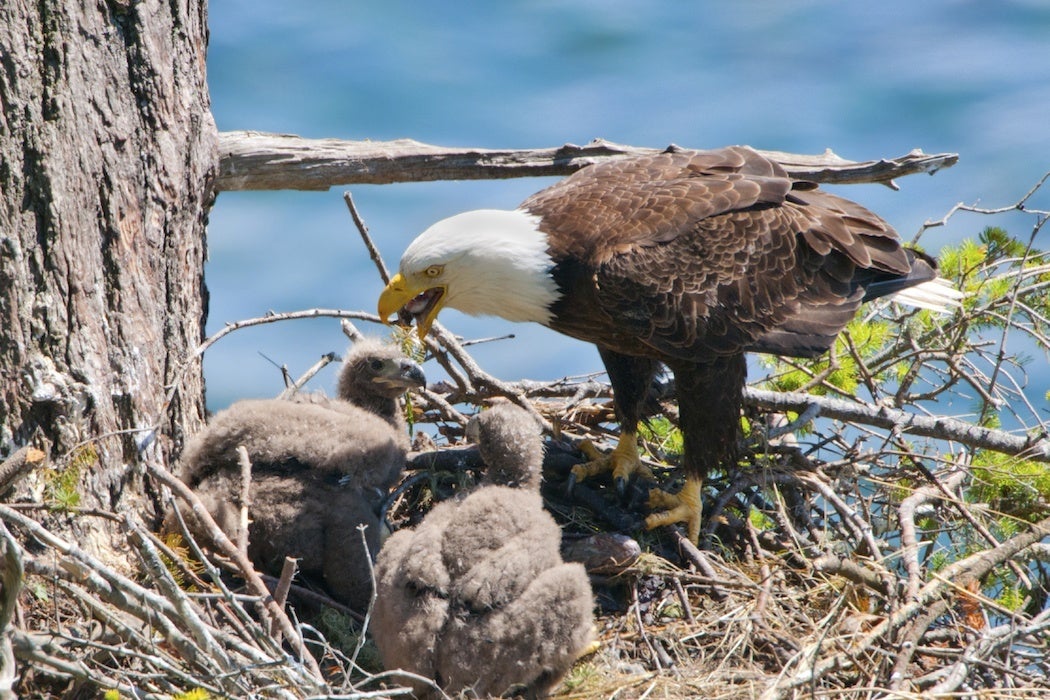 By the time Rachel Carson published Silent Spring in 1962, concerns about the impact of powerful insecticides on wildlife had been percolating for nearly two decades. In 1946, for instance, The Journal of Wildlife Management dedicated an issue to the effects of the chemical insecticide DDT on various species. Entomologist Edwin Teal, in an interview with The New Yorker, suggested that the use of DDT “can upset the economy of nature as much as a revolution upsets the social economy.” Carson herself expressed interest in writing about the ecological damage caused by pesticides decades before Silent Spring, but—according to her editors—the subject of DDT was too technical, too disconnected from average people’s lives, to interest the reading public.

“Over increasingly large areas of the United States, spring now comes unheralded by the return of the birds, and the early mornings are strangely silent where once they were filled with the beauty of bird song.”
Rachel Carson

It took a powerful, personal image to make the otherwise dry subject of agricultural chemicals capture the public imagination. Carson found her image—and her title—in a friend’s account of the disappearance of birds from her property after a local application of DDT. The description she offers is alarming in its simplicity: “Over increasingly large areas of the United States, spring now comes unheralded by the return of the birds, and the early mornings are strangely silent where once they were filled with the beauty of bird song.”

Silent Spring’s impact was swift and dramatic. Within a decade, DDT would be banned, its use in the United States phased out. Within 35 years, the Bald Eagle—once reduced to critically low numbers as a result of DDT-related reproductive failure—would be declared safe from extinction. Carson’s book helped create an understanding of ecology that informed the development of the environmental movement. She describes a world in which everything is connected, in which decisions made on distant farms can alter something as fundamental as the sounds we hear when we step out our doors.

* * *
Within bioacoustics, the study of sound in animal communication, there is a small branch known as ecoacoustics or soundscape ecology. It takes its principles from landscape ecology: the study of how habitats, and the communities of species that use them, coexist and interact across vast areas of land. Soundscape ecology examines landscapes through the noises that they produce, whether geological (rushing water), biological (animal calls), or man-made (the hum of traffic, the drone of passing airplanes).

The field of bioacoustics draws its inspiration from music. Musician and ecologist Bernie Krause, the founding father of the discipline, was inspired by recordings he made of the natural world, particularly in a tract of Californian forest, both before and after logging in 1988. His recordings echo Carson’s dire predictions: the first, a complex fugue of birdsong; the second, near-silence. While the recordings themselves aren’t very scientific—other factors could have changed from one year to the next that might explain the absence of birds in the second recording—they effectively illustrate a process that, in a typical manuscript, might take thousands of impenetrable words to describe. Soundscapes, like this set of recordings of the silence in post-drought California parks, or Nature Soundmap, which collects natural sounds from all over the globe in interactive maps, are, strangely, most powerful when presented in a non-scientific format.

Science has been slow to adopt the systematic study of soundscapes, in part because they’re difficult to analyze. Turning an audio recording into numerical data is a complex process. Acoustic detectors are already a popular tool for identifying individual species of birds, bats, marine mammals, and amphibians. But to move from species to populations adds an extra degree of difficulty. Do larger numbers of calls actually mean larger numbers of individuals? Could fewer calls result from a change in behavior rather than numbers? Is every individual call captured in the recording? The hundreds of hours of sound recordings collected must be analyzed by hand. Compared to other types of data, they can be difficult to store and keep current as technology changes.

Nevertheless, the study of soundscapes is developing in interesting directions. Spanish researchers looked at how songbird calls are transmitted across a landscape. They found that fragmentation—the process by which large tracts of forest are broken up into a patchwork by human development—isolated different groups of birds from one another, which made their songs more different. Tree frogs call more often in the presence of human noise. Songbirds living near noisy roads have trouble hearing alarm calls from other birds, warning them of approaching predators. Whales, which use sound to navigate, show dramatic responses to underwater noise—so dramatic that the U.S. Navy recently cut back on sonar testing to avoid possible strandings.

* * *
In a park near where I grew up, there’s a short trail designed for the blind. It meanders through a stretch of coastal forest, a hand-level horizontal rope as a guide. Knots in the rope tell the walker to stop and reach out for an explanatory plaque written in Braille. In the summers, my sisters and I would close our eyes and walk the full length of the trail, navigating by sound. Gurgling water and the calls of blackbirds meant we had reached the marsh. Deep in the forest we heard blue jays, cicadas, wind through the pines. The rumble of traffic meant we were nearing the road and the end of the trail. If I close my eyes, I can feel the summer heat, the friction of the rope running through my hand, a frog croaking in stereo beside me.

Sound has a powerful link to memory and emotion. We’re only just beginning to unlock its conservation potential.

Front Matter
The Journal of Wildlife Management, Vol. 10, No. 3 (1946)
Wiley on behalf of the Wildlife Society
The Effect of Anthropogenic Noise on Male Advertisement Call Rate in the Neotropical Treefrog, Dendropsophus triangulum
By: Kristine Kaiser and Jessica L. Hammers
Behaviour, Vol. 146, No. 8 (2009), pp. 1053-1069
Brill
Landscape Bioacoustics Allow Detection of the Effects of Habitat Patchiness on Population Structure
By: Paola Laiolo and José L. Tella
Ecology, Vol. 87, No. 5 (2006), pp. 1203-1214
Ecological Society of America 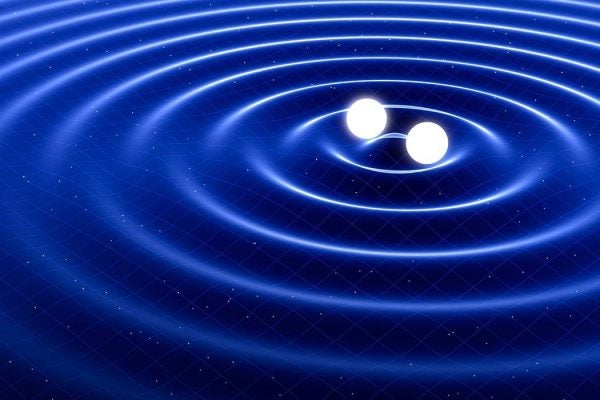 What Are Gravitational Waves?

Einstein predicted over a hundred years ago the existence of gravitational waves. Now a team of over 1,000 scientists have confirmed their existence.