Are they safe if they were developed so quickly? Research-backed answers to your virus questions. 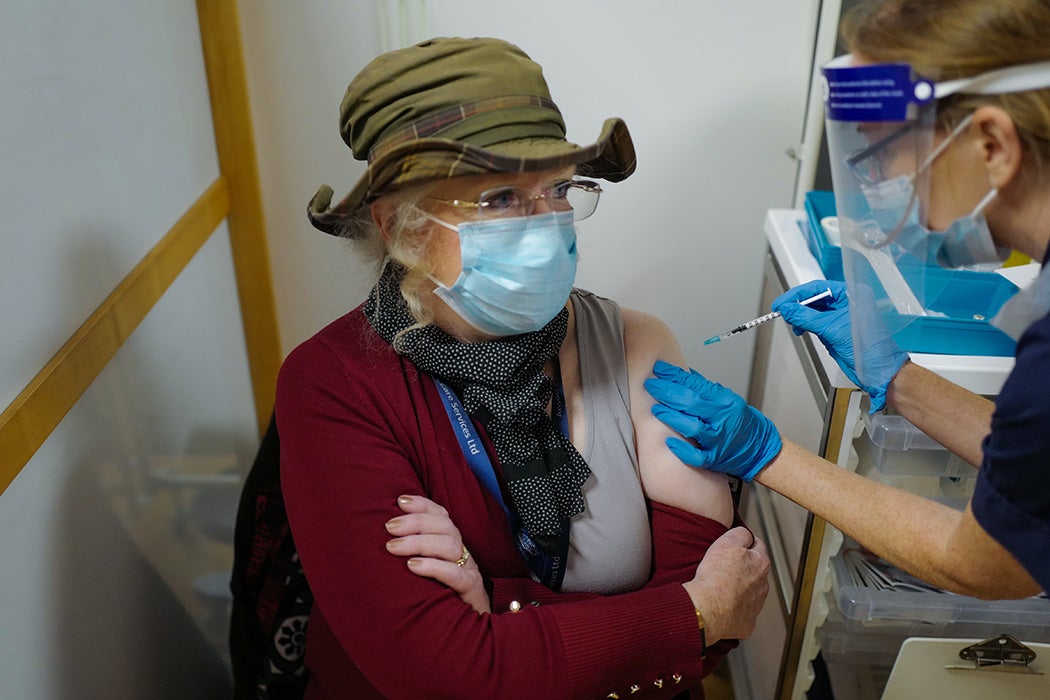 With the FDA reviewing the Pfizer COVID-19 vaccine trial data and Moderna’s application trailing close second, a good defense against the coronavirus may finally be here. But the American public may not necessarily line up to get their COVID-preventative shots. Some people are concerned about how these new vaccines were designed while others are leery of the very words “Operation Warp Speed,” the name for the accelerated remedy development efforts in the United States. But if we don’t vaccinate enough people, will we ever reach the point of herd immunity? These are all good questions, and here are some research-backed answers.

Vaccines typically take years to develop and months to approve. But the COVID-19 vaccine arrived in less than a year and was authorized by the FDA for the emergency use within weeks. Isn’t that too soon to be trustworthy?

The majority of vaccines indeed take a long time to develop, test and put through the approval process. However, the COVID-19 vaccine was indeed special. Because the virus posed such a tremendous threat to humankind, scientists and governments around the globe threw an enormous amount of effort and money into designing these vaccines. To swiftly move from lab research to mass vaccine distribution, the U.S. government created Operation Warp Speed, a $10 billion collaboration between the Department of Defense and Health and Human Services. The goal of this operation was to develop around 300 million vaccines by early 2021 for U.S. citizens. That’s one reason the vaccines are arriving with such record-breaking speed. In the recent Harvard Medical School briefing, former FDA commissioner Margaret Hamburg assured the American public that the agency will be painstakingly reviewing the COVID-19 vaccine data from clinical trials to validate its safety and efficacy. Notably, three former presidents, George W. Bush, Bill Clinton, and Barack Obama, announced that they would receive their vaccines on camera, after approvals.

The Pfizer and Moderna COVID vaccines are entirely new types of vaccines never before approved or licensed for human use. How can we be sure they are safe?

Developed by pharmaceutical giant Pfizer and biotech firm Moderna, the first two COVID-19 vaccines to be submitted for emergency authorization approval are indeed different from other FDA approved and licensed vaccines. Conventional vaccines work by injecting either dead or attenuated pathogens into the human body, prompting its immune system to mount a response to this foreign entity. In contrast, the first two COVID-19 frontrunner vaccines are mRNA, or messenger RNA vaccines, which deliver a snippet of the SARS-CoV-2 genetic code into human cells. The cells use that string of genetic code to produce the coronavirus’s spike proteins, which the body recognizes as foreign, triggering an immune response in the form of antibodies.

While the Pfizer and Moderna vaccines are the first to be granted authorization for emergency use, the mRNA technology isn’t new at all. It has has been in development for nearly three decades, but was slow getting to market for various reasons. The mRNA platform was used to develop the Ebola and Cytomegalovirus vaccines, according to Harvard Medical School immunology and infectious diseases professor Bruce Walker. Those vaccines haven’t been approved yet, however, all the work on them helped accelerate COVID-19 vaccine development.

Ever since Andrew Wakefield’s 1998 now-discredited article about MMR vaccines and autism eroded the public trust in immunizations, regular vaccination rates have been dropping. But the COVID vaccines hesitancy is even worse. With only half the people willing to get their shots, we won’t be able to reach herd immunity.

According to the latest Associated Press report, only half of Americans are willing to get the COVID-19 vaccine. But vaccine hesitancy did not start with Andrew Wakefield’s 1998 debunked article which suggested that MMR vaccines cause autism. In 1982, NBC’s investigative broadcast titled DPT: Vaccine Roulette, informed a national audience that the widely administered childhood vaccine against pertussis had the potential to cause encephalitis, brain damage, and even death. That triggered fear and anxiety in parents whose infants were scheduled for routine immunizations. Some parents who believed their children have been injured by the vaccine, formed a group called Distressed Parents Together, and filed lawsuits.

But some people had been leery of vaccines even earlier than that. Founded in Colorado in 1976, Mothering a magazine focused on “natural family living” started questioning the value and safety of vaccines years before the NBC broadcast and Andrew Wakefield paper. Elena Conis, a scholar at the University of California, wrote in her paper A Mother’s Responsibility, “as mainstream parenting magazines urged mothers to immunize their children, Mothering printed letters from vaccine skeptics and advised mothers to be cautious.” She adds that “the magazine warned those allergic to eggs and chickens to avoid the measles vaccine, informed readers that vaccinating a child against polio could cause the disease in other family members, and listed encephalitis and death as possible side effects of the pertussis vaccine… These warnings, noted the editors, were taken directly from vaccine package inserts, which mothers should ask to see before having their children immunized.”

Clearly, our nation’s vaccine challenges are nothing new. To overcome vaccine hesitancy in the past, public health officials had to be transparent, deliver clear messages, and work with leaders their communities trusted. Similar efforts and education campaigns will have to be implemented this time as well. It will be particularly important to win the trust of BIPOC populations, which have been disproportionally affected by the pandemic and which still have vivid memories of the Tuskegee Syphilis study, which seeded deep healthcare system mistrust among the African Americans, says Simone Wildes, associate director of infectious disease at South Shore Health system in Massachusetts. The public health authorities will have to pay special attention to these minority groups and “speak their language” as the campaigns roll out. “We will need people delivering these messages to look like them and speak like them,” Wildes says.

Share Tweet Email Print
Have a correction or comment about this article?
Please contact us.
coronavirusvaccinesBMJ: British Medical JournalBulletin of the History of MedicineProceedings of the National Academy of Sciences of the United States of AmericaThe Journal of Infectious DiseasesWhat Can the United States Do to Prevent Another Pandemic?: Commit to Modernizing Influenza Vaccines

Four different ways researchers use the virus's own structure to train our immune systems to exterminate it.