The Complicated Reality of “Sex Trafficking”

Anthropologist Jennifer Musto looked at how the rise in concern about sex trafficking, particularly in regard to the domestic trafficking of underage girls, actually plays out in policing.

The recent passage of a bill targeting websites that allow sex-related advertising, and the government seizure of Backpage.com, are the latest victories for campaigners against sex trafficking. But some sex workers and former trafficking victims argue that these changes, and other efforts using the criminal justice system to fight exploitation, actually make them more vulnerable to harm.

A few years ago, scholar Jennifer Musto looked at how the rise in concern about sex trafficking, particularly in regard to the domestic trafficking of underage girls, actually plays out in policing.

Musto writes that widespread confusion over what counts as sex trafficking has led to an inflation of the numbers of victims often cited in the media. Many reports blur the lines between sex trafficking and other kinds of human trafficking, voluntary sex work, and irregular migration.

The amount of domestic trafficking of minors for sex—a crime that has received an enormous amount of media attention since the early twentieth century—is extremely hard to pin down. Musto writes that the U.S. Justice Department estimates of the number of victims ranges from 100,000 to three million, while a rigorous study in New York City turned up only “a handful” of such children.

Although police now typically describe young sex workers not as juvenile delinquents but as victims of sex trafficking, a major tool in their work remains arrest and detention.

Talking with law enforcement officers about trafficking and sex work, Musto found that they frequently focused the conversation on U.S.-born minors, even when the objects of their policing work were more often adults. Anti-trafficking efforts tend to portray all sex workers—child or adult, voluntary or forced, “as objects of pity rather than agents of political change,” she writes.

Although police now typically describe young sex workers not as juvenile delinquents but as victims of sex trafficking, a major tool in their work remains arrest and detention. Since these young people often don’t see themselves as victims, they wouldn’t cooperate otherwise.

“I don’t necessarily like putting victims in jail,” one police officer told Musto. “I recognize that’s what we’re doing… [But] without that, I wouldn’t have a legal reason to hold them in detention for their best interest.”

In many cases, police work closely with social service providers who support and advocate for minors arrested for sex work. But Musto notes that it’s hard for the young people to trust these advocates when the threat of punishment is constantly hanging over their interactions—and when the advocates may be pushing for them to testify against traffickers whom they’re afraid of.

Musto’s work suggests that, even in cases where people involved in the sex trade really are “victims”—people too young to legally consent to sex—the criminal justice system isn’t equipped to help them in the ways they want or need. 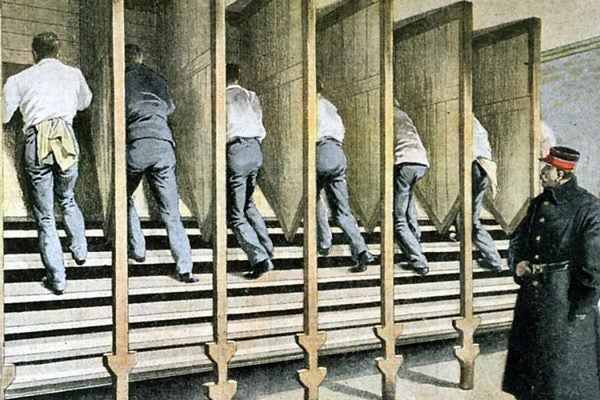