The Checkered History of Colleges, Unions, and Scabs

In the early twentieth-century, some aristocratic college men were eager to prove their masculinity by working as strikebreakers. 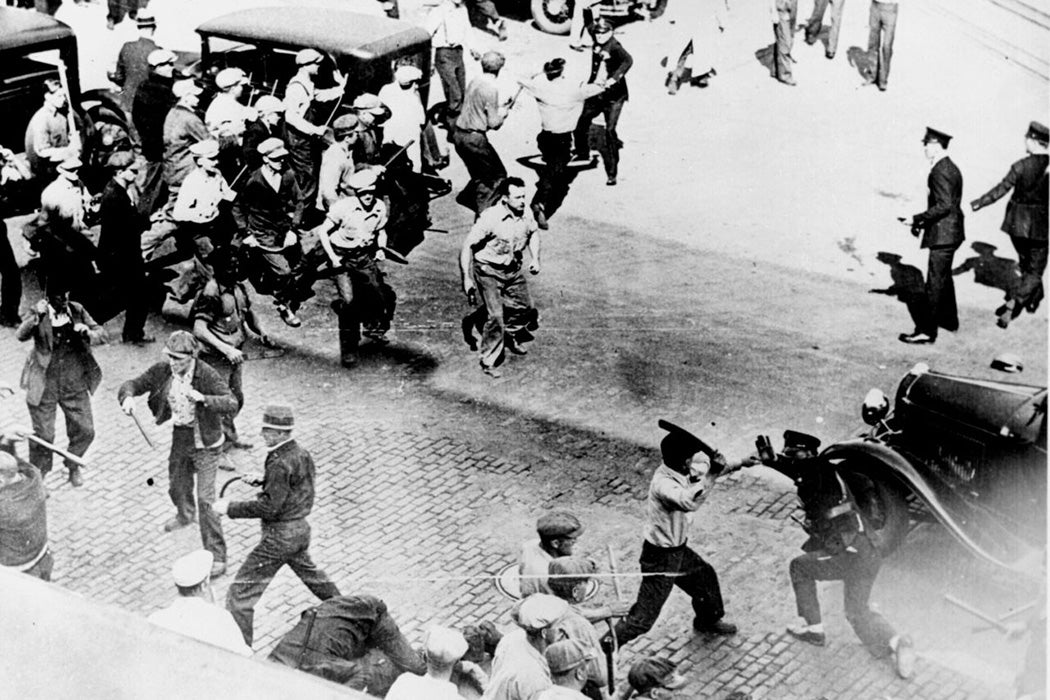 Harvard University’s dining hall workers have been on strike for more than a week. Now, the administration is searching for other employees willing to volunteer to keep students fed and break the strike. The labor battle should remind us that, despite their current reputations as bastions of liberalism, U.S. colleges have historically played a serious role in fighting against unions. A century ago, Harvard and other major universities were heavily involved in anti-union actions, rallying students to act as scabs during the massive labor actions of that era.

In a 1994 paper, the historian Stephen H. Norwood described how anxieties about masculinity, combined with upper-class conservative politics, moved college students to become strikebreakers in the early twentieth century. Unlike today, Norwood writes, college campuses around the turn of the last century were not seen as bastions of left-wing politics. Students were almost exclusively from the upper and middle classes, and were often hostile to working-class leftism. These elite politics were rarely challenged at college. Wealthy donors and trustees often demanded the firing of pro-labor professors. When a young Harvard instructor declared his support for striking Boston policemen, the Harvard Lampoon ran 16 pages of anti-Semitic mockery against him, and the university’s president told him he’d never be promoted, leading him to resign.

In the early twentieth century, some aristocratic college men were eager to prove their masculinity by working as strikebreakers.

According to Norwood, if male students generally disdained the working class, they also envied the masculine qualities workers projected. This was a time when men born to the American aristocracy, under pressure from the rise of self-made industrialists, were embracing masculine pursuits, like hunting and violent sports. Meanwhile, middle-class professional men, reacting to an economy that was transforming their work from autonomous self-employment to bureaucratized paper-pushing, also sought “the strenuous life.”

When industrial workers revolted in strikes, it was a perfect opportunity for elite college students to prove themselves. They could stand up against strikers while also displaying their ability to do physical labor and, perhaps, engage in physical confrontation.

In 1901, students from the University of California at Berkeley became the first to break a strike, taking jobs on the San Francisco docks with the full support of the college president. When workers at Minneapolis flour mills went on strike in 1903, varsity athletes from the University of Minnesota shouted the school cheer as they formed a wedge and broke through a picket line. In the years that followed, students from Yale, Harvard, and elsewhere acted as scabs, sometimes violently clashing with striking workers. In 1920, nearly the entire student bodies of MIT, Stevens Institute, Columbia, and Princeton helped break a railroad strike. Stevens suspended all its classes for the occasion, and Princeton gave academic credit for strikebreaking. The next year, MIT and other schools established special courses in railroad engineering to prepare student strikebreakers.

By the 1930s and the Great Depression, however, things were changing. As more working-class youth have enrolled in colleges, even the wealthier students have become more sympathetic to labor. Today, many Harvard students are giving their support to the striking food service workers.

The Student as Strikebreaker: College Youth and the Crisis of Masculinity in the Early Twentieth Century
By: Stephen H. Norwood
Journal of Social History, Vol. 28, No. 2 (Winter, 1994), pp. 331-349
Oxford University Press 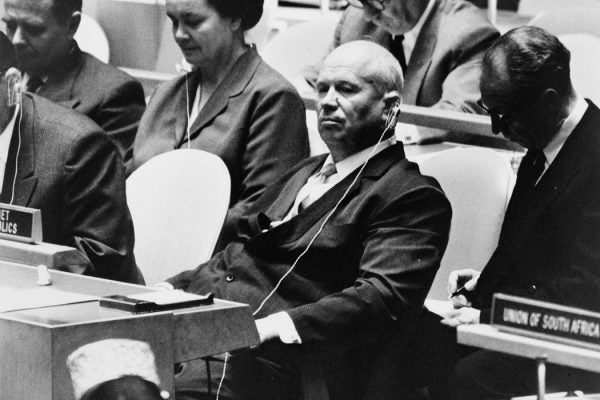