In the years after his presidency, Roosevelt sent a letter to The Condor magazine criticizing painter Abbott Thayer’s theory of animal camouflage. 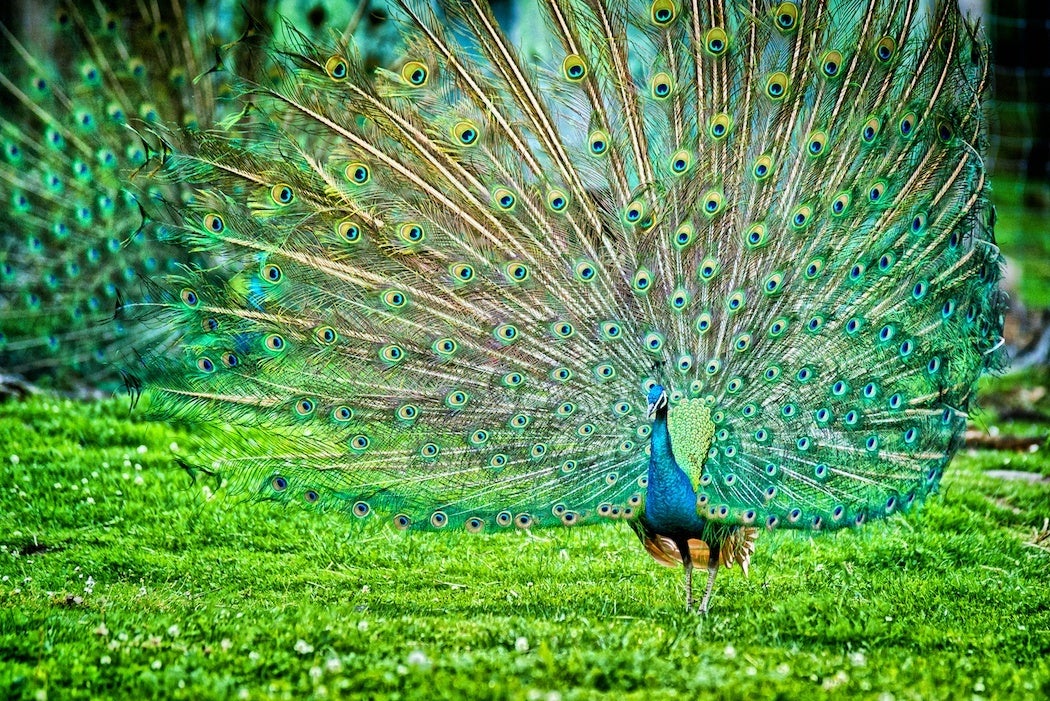 Here’s an election-cycle thought exercise: imagine the current crop of American Presidential candidates writing to an academic journal to discuss a development in evolutionary theory.

I’ll give you a minute.

Assuming you didn’t get very far with that (I didn’t), cast your mind back a century. In 1911, two years after his presidency had ended, Theodore Roosevelt used his newfound leisure time to get up to date on the latest advances in ornithology. Among the recent publications of the day was a pamphlet by the painter Abbott Thayer, who claimed that all animals’ colorations had evolved to allow them to avoid predators by blending into the background. If animals appeared to stand out, it was only because we didn’t see them as predators would. To illustrate his point, Thayer painted elaborate scenes of brightly-colored birds and mammals blending into their surroundings: a peacock in a jungle, a flamingo flying across the sunset.

“What I would like to get is a serious study by a competent scientific man,” Roosevelt wrote.

The letter he wrote to the editor of The Condor, which wasn’t published until thirteen years later, is a fascinating look at Roosevelt the naturalist. Typed out and corrected by hand, with extensive footnotes, it is at once intensely personal and rigorously scientific. At one point, Roosevelt suggests, “What I would like to get is a serious study by a competent scientific man…,” and then goes on to outline such a study of two species of duck near his home.

This wasn’t Roosevelt’s first brush with ecological controversy. For decades, he’d occasionally waded into the waters of scientific writing to condemn natural scientists who conflated fact and fiction in their accounts of wildlife behavior. Even as a sitting president, Roosevelt felt compelled to address particularly ridiculous claims, accusing one author of “deliberate perversion of fact” in a letter to one of the leading outdoor magazines of the day. Interpretations not supported by evidence, he believed, were the ultimate offense against science.

* * *
If Roosevelt came to natural history as an outdoorsman, Abbott Thayer came to it as an artist. In the late 1800s, he gained a reputation for observing that animals often had dark backs and light undersides, which helped counteract the effects of sunlight and shade, allowing them to essentially disappear into their surroundings. This pattern, known as countershading, is still under scientific investigation.

But Thayer’s most famous contribution may be originating “dazzle camouflage,” the idea that objects patterned with an irregular matrix of varying shades are more difficult to see than solid-colored objects, since the internal contrast of the pattern distracts from the object’s shape. If you’ve ever watched Duck Dynasty, or wandered into a military surplus store, this should sound familiar—it was the inspiration for modern-day military camouflage. When Thayer was later hired to paint warships during World War I, the patterns he created not only distorted the ships, but made it difficult to tell in which direction they were traveling.

The scientific community didn’t challenge either of these ideas—indeed, others had come to similar conclusions around the same time. The theory that prompted Roosevelt’s response was broader, and claimed that all animal coloration—not just countershading and dappling—resulted from selection on animals that blended into their surroundings. Thayer suggested that even the most brightly-colored members of the animal kingdom only appeared visible because we were seeing them out of context, that his artist’s eye allowed him to see what scientists had missed.

Thayer was also skeptical about other theories of animal coloration, including the idea that bright colors could serve as sexual advertisements or warn predators that a species was toxic. To disprove the idea of mimicry—that non-poisonous species evolve to resemble poisonous counterparts in order to fool predators—he tasted several species of toxic and non-toxic butterflies. His daughter claimed that he couldn’t taste any difference.

Scientists took issue with the tone of Thayer’s criticism, as well as the substance, and it wasn’t too difficult to find physical or biological counterarguments to most of his claims. Far from hiding in jungles, peacocks usually stand on exposed branches. And a flamingo flying across the sky at sunset would appear to predators as a dark smudge. Not to mention the unexplained color variation between different species that occupy the same habitats, or the fact that many of the mammals Thayer used as examples are targeted primarily by predators that hunt by smell. Thomas Barbour and John C. Phillips, in a careful rebuttal written after Roosevelt’s letter (but published much earlier), said, “We are… far from convinced as to how valuable an attribute the artistic eye really is; and are inclined to wonder whether, from a scientific point of view, a more open-minded conservatism would not be more persuasive.”

* * *
This episode intrigues me, not only for its colorful cast of characters, but for the fact that the main players are both amateur scientists. Roosevelt and Thayer each made contributions to natural history as scientific outsiders. While Roosevelt’s approach favored measured observation and focused on details, Thayer took a broader view, occasionally neglecting details in an attempt to see guiding patterns. Ultimately, understanding the natural world requires a balance. Focusing too much on variation neglects the mechanisms at work, while flashy theories that ignore details don’t actually explain much.

More than that, though, I can’t help feeling nostalgic as I read the words of a career politician who recognized the need for uncertainty, for discovery, and above all for accuracy of interpretation. Who could demand today, as Roosevelt does, that readers “repudiate the ludicrous parts of his theory, the parts in which he pushes it to extremes. Then there will remain much matter for serious discussion.”

On the Revealing and Concealing Coloration of Birds: An Unpublished Letter by Theodore Roosevelt
By: Theodore Roosevelt and Charles A. Kofoid
The Condor, Vol. 26, No. 3 (1924), pp. 94-98
Cooper Ornithological Society
From Abbott Thayer to the Present Day: What Have We Learned about the Function of Countershading?
By: Hannah M. Rowland
Philosophical Transactions: Biological Sciences, Vol. 364, No. 1516, Animal Camouflage: Current Issues and New Perspectives (2009), pp. 519-527
Royal Society
The Theories of Abbott H. Thayer: Father of Camouflage
By: Roy R. Behrens
Leonardo, Vol. 21, No. 3 (1988), pp. 291-296
The MIT Press
Concealing Coloration Again
By: Thomas Barbour and John C. Phillips
The Auk, Vol. 28, No. 2 (1911), pp. 179-188
American Ornithologists' Union 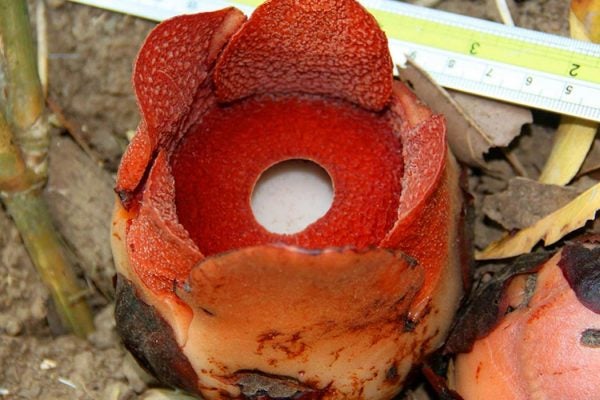 A relatively tiny member of the Rafflesia genus of giant corpse flowers has just been discovered.