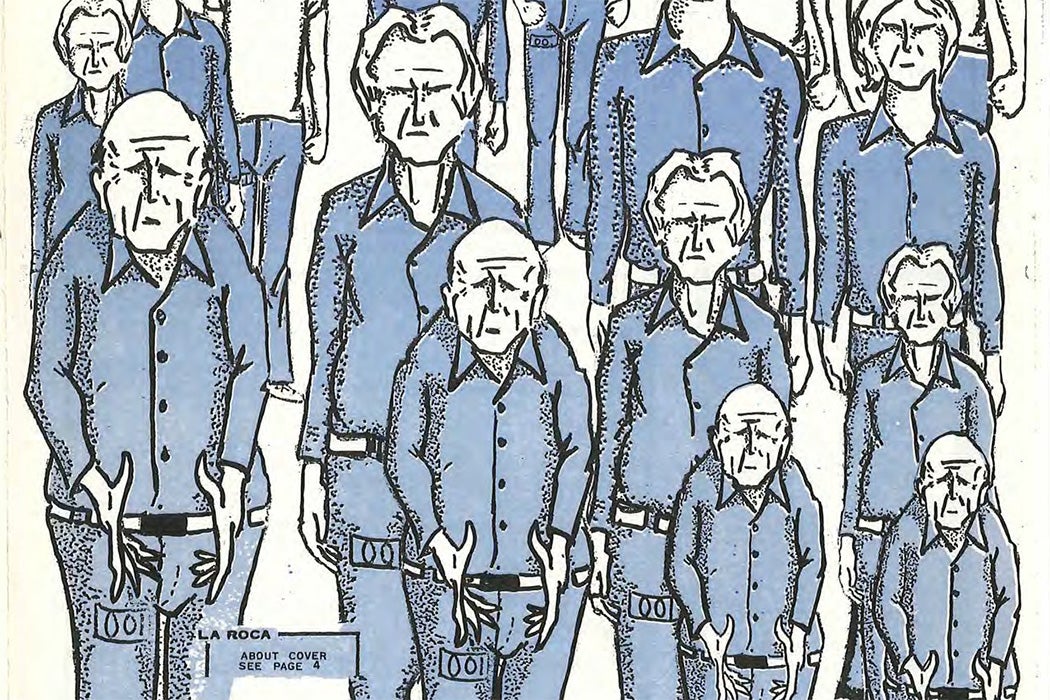 St. Patrick’s Day has devolved into an American drinking holiday, in practice. So, with alcohol banned in US prisons, and uniforms all a pre-determined shade without much fashion choice, is it even celebrated behind bars? Well, mostly no. But the few off-hand references to St. Patrick’s Day in the American Prison Newspaper collection are amusing! 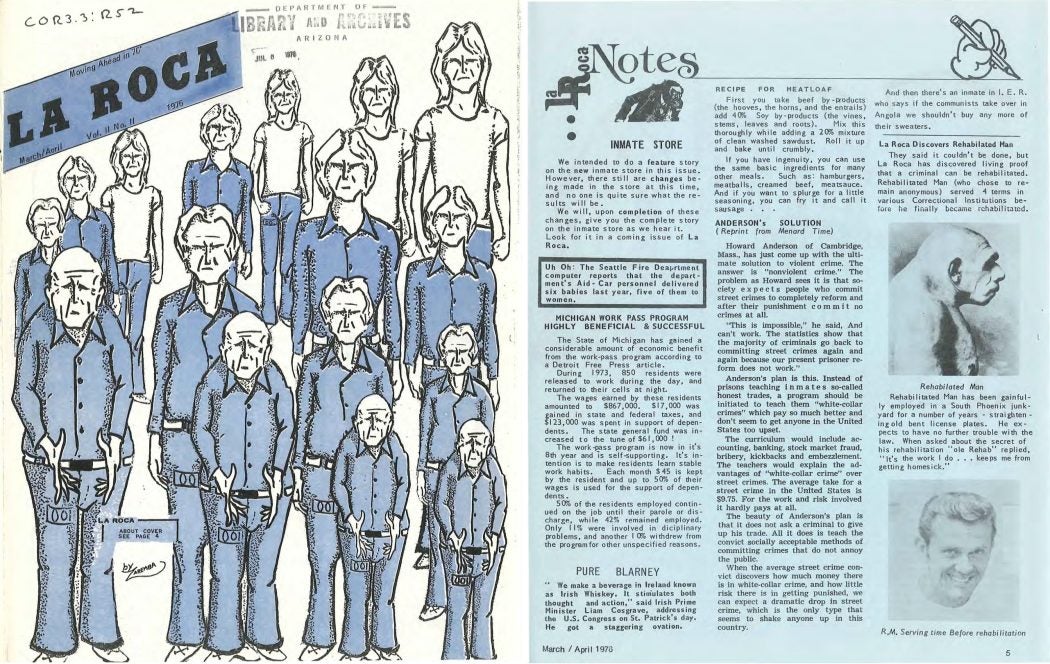 In a 1976 issue of La Roca, a St. Patrick’s Day joke of questionable appropriateness appears in a column next to a satirical reference to a “rehabilitated man.” 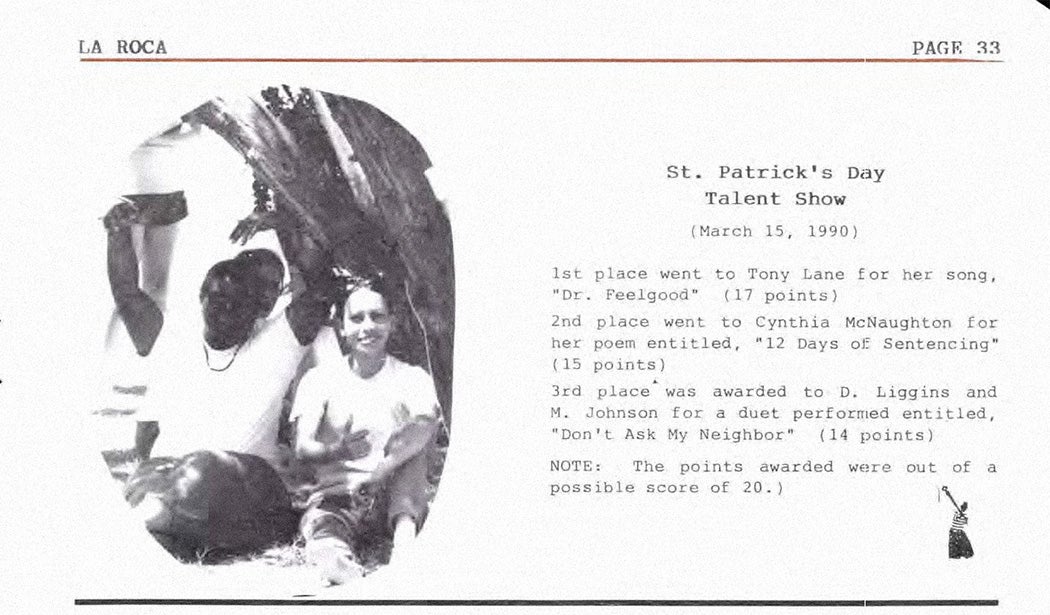 At the time of the 1990 St. Patrick’s Day Talent Show at the Arizona State Prison, the prison housed both men and women simultaneously. Co-ed prisons were not unheard of in the late 1980s, but for reasons that may seem obvious were mostly discontinued. 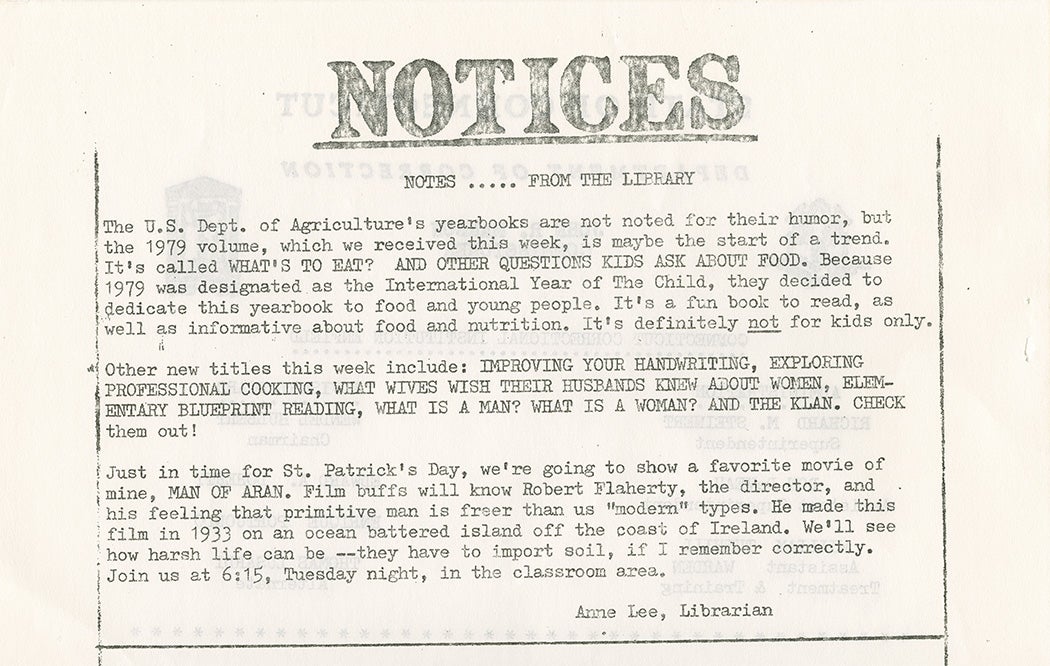 How many people remember that 1979 was the International Year of the Child? Designed to invest unprecedented resources in children across the globe to alleviate malnutrition, poverty, and lack of educational access, the program’s successes were hindered by an economic recession.

One of the new offerings in the Connecticut Correctional Institution’s library that month was inspired by it; other new book titles that week included: IMPROVING YOUR HANDWRITING, EXPLORING PROFESSIONAL COOKING, WHAT WIVES WISH THEIR HUSBANDS KNEW ABOUT THEM, and WHAT IS A MAN? WHAT IS A WOMAN? AND THE KLAN.

In celebration of St. Patrick’s Day, the librarian Anne chose the 1934—Anne Lee was a year off—film Man of Aran, filmed off the coast of Ireland. Heavily critiqued, it presented a caricaturized version of life on the impoverished Aran Islands. 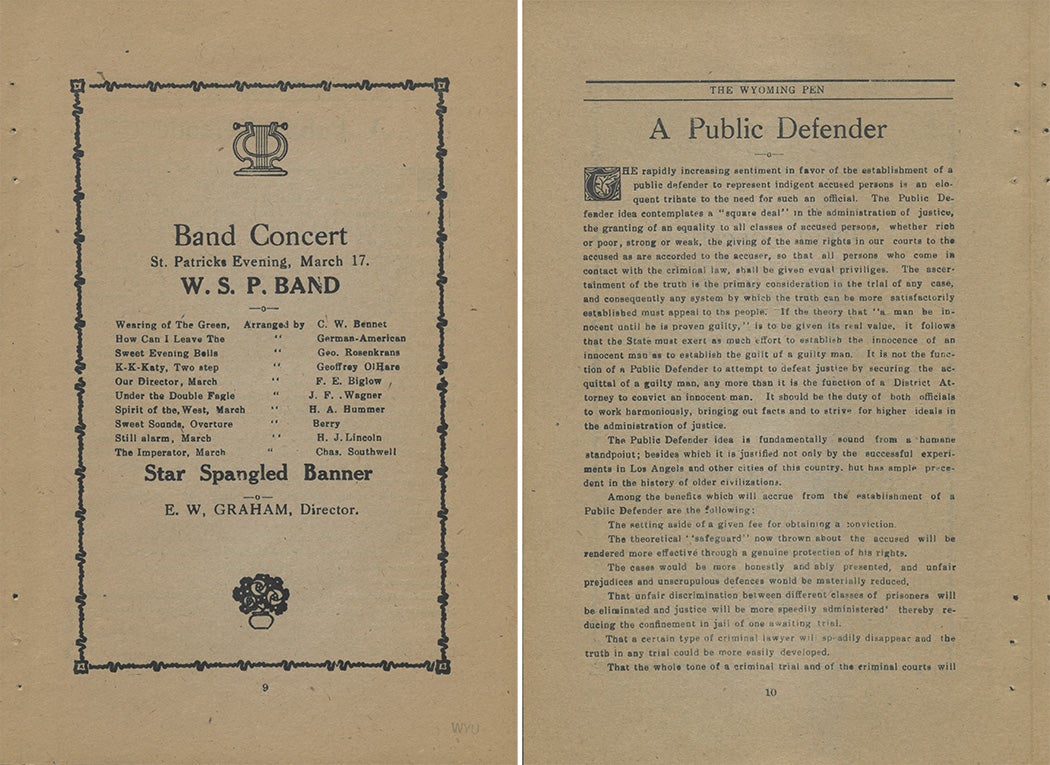 St. Patrick’s Day was definitely celebrated in Wyoming, in 1919 at the Wyoming State Prison. The entire musical set list is reprinted in The Wyoming Pen, culminating in the Star-Spangled Banner. Later on in the same issue, an incarcerated writer opines in support of creating an office of Public Defense. In the early 20th century, there was no guaranteed right to counsel for most defendants.

The first court case that interpreted the 6th amendment right to due process as ensuring an attorney was the 1932 case Powell v. Alabama, in which five of six young Black men had been sentenced to death without adequate legal representation in their trial. Public defense wouldn’t be guaranteed for people accused of a crime until the landmark 1963 Supreme Court decision Gideon v. Wainwright, with misdemeanor offenses not explicitly requiring counsel until the 1972 Argersinger v. Hamlin decision.

Even the most tangential references to St. Patrick’s Day offer a window into the breadth of humanity and history contained within Reveal Digital’s American Prison Newspaper collection.