Why was the legendary Soviet filmmaker rebuffed in his vision of putting history’s most consequential slave revolt on screen? 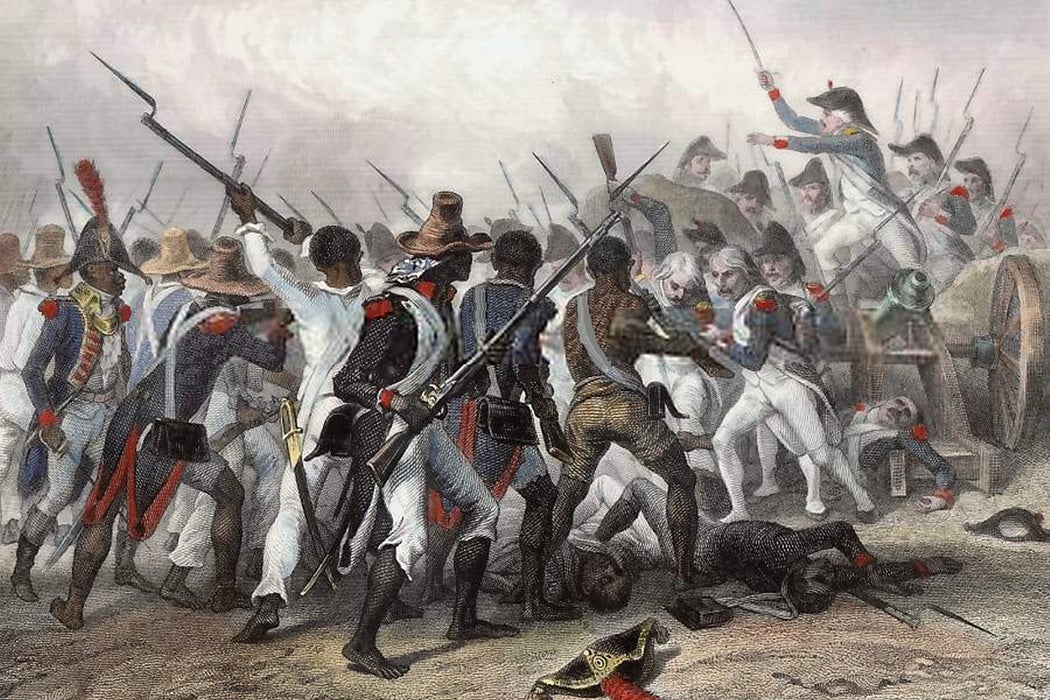 Where are the movies about the Haitian Revolution? Scholars Charles Forsdick and Christian Høgsbjerg don’t find much evidence for movie treatments of the most successful of all slave revolts of the modern era. There was a French TV production, Toussaint (2012), and you might count Gillo Pontecorvo’s Quemada/Burn! (1969), which took place on an unnamed island. But perhaps the most ambitious movie about the the revolutionary self-emancipation of Haitians was the dream of Russian filmmaker Sergei Eisenstein. Unfortunately, it never got made.

“Eisenstein’s ‘Haiti project’ illuminates an under-explored element of the transnational engagement with the Haitian Revolution across a range of cultural forms in the interwar years,” write Forsdick and Høgsbjerg, adding, “it also enhances understanding of the often complex engagement of Soviet cinema with subjects of Black history and culture.”

Haiti played a significant role in the Harlem Renaissance. But it was nowhere to be found in Hollywood.

Eisenstein was a star of Soviet filmmaking, director of Strike (1924), The Battleship Potemkin (1925), and October (1927). Then, in 1930, he signed a contract with Paramount Pictures to make a version of Theodore Dreiser’s An American Tragedy. In Hollywood, he came across a copy of John W. Vandercook’s historical novel Black Majesty: The Life of Christophe, King of Haiti. He thought Paul Robeson could play the role of Henri Christophe.

Forsdick and Høgsbjerg explain that the interwar period was a time of “intense” representations of the Haitian Revolution in many corners. Anticolonial ferment arose over the US military occupation of Haiti (1915–1934). The 200-year-old revolution was taken up by artists and activists because of its “figurative value as inspiration, warning or threat.” Haiti played a significant role in the Harlem Renaissance. But it was nowhere to be found in Hollywood.

Both An American Tragedy and Black Majesty were, in Eisenstein’s words, about the “tragedy of individualism.” Neither film was made. After his inevitable defeat in the land of bourgeois filmmaking, Eisenstein’s Soviet masters demanded he return home.

Back in the USSR in 1932, Eisenstein was immediately attracted to a recent Russian novel, Anatoli Vinogradov’s The Black Consul, about the Haitian revolutionary Toussaint Louverture. Communist Party news organs reported that Eisenstein’s next film would be about Haiti.

In December 1934, Eisenstein met Robeson in Moscow, and both were enthusiastic about working together.

But just days after Robeson left, Eisenstein was forced to pull back from The Black Consul project. Joseph Stalin would not look kindly upon a story about “the degeneration and death of a one-time revolutionary leader,” argue Forsdick and Høgsbjerg.

Eisenstein’s next film would be about the forced collectivization of agriculture; it was banned. The Great Terror was underway—even the once-mighty head of the Soviet Film Committee would be shot. Eisenstein survived the purges and even made three more films before his death in 1948, all on strictly patriotic themes.

Forsdick and Høgsbjerg note that American actor and producer Danny Glover, whose production company is named Louverture Films, has been trying to make a film about Toussaint Louverture for decades. They also write that Louverture’s contemporary Napoleon Bonaparte, who imprisoned the Haitian leader, has now been played by more than 200 actors in movies over the years.

Sergei Eisenstein and the Haitian Revolution: 'The Confrontation Between Black and White Explodes Into Red'
By: Charles Forsdick and Christian Høgsbjerg
History Workshop Journal, No. 78 (AUTUMN 2014), pp. 157-185
Oxford University Press 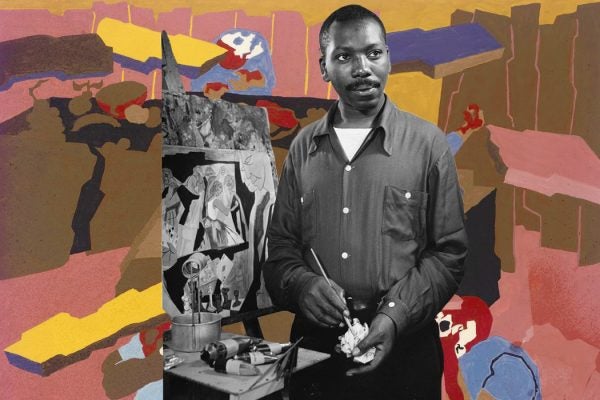 How American Artists Have Portrayed Haiti

In the early 20th century, African American artists created work that expressed solidarity with Haiti--whether they had been there or not.