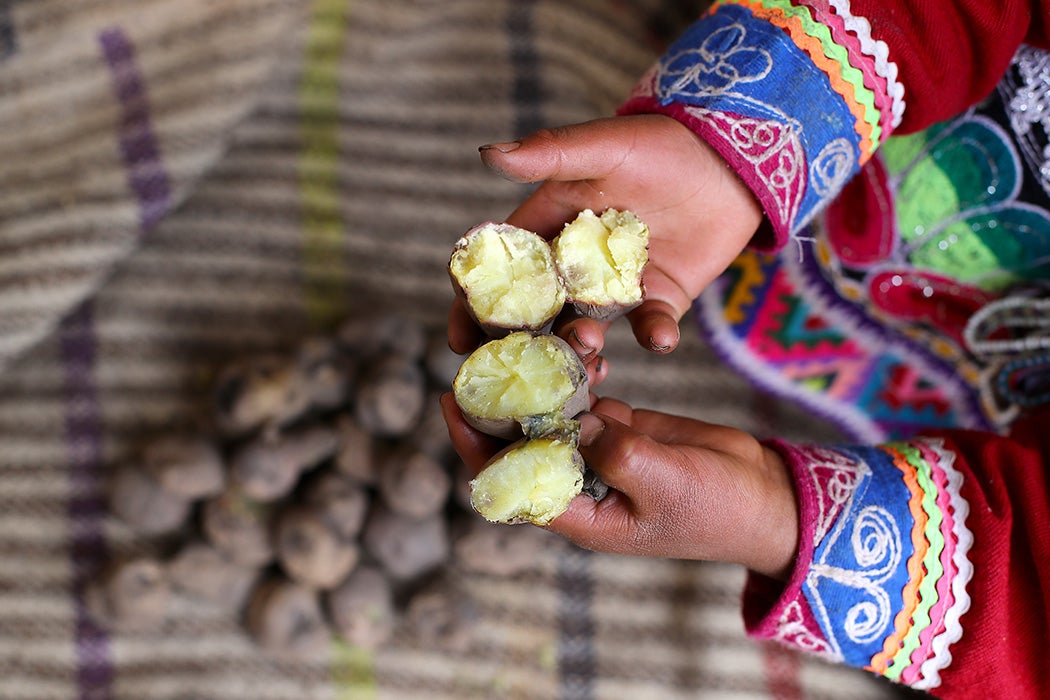 As temperatures drop, who doesn’t crave some sort of warm, filling potato-based dish? Potatoes are part of cuisines around the globe, but, as anthropologist Olivia Angé writes, in their South American homeland, they’re not only loved but deeply respected.

Angé explains that people around Lake Titicaca began cultivating tubers sometime between 8000 and 5000 BCE. And, even today, some highland people in the area still get as much as 70 percent of their calories from potatoes.

In the twentieth century, many small-scale Peruvian farmers started growing potatoes bred to be larger in size and of uniform shape for sale outside the region. But when it comes to the potatoes they prefer to feed their own families, many still choose native varieties that can grow at higher altitudes. They also don’t require the fertilizers that commodity potatoes need to thrive, and they help preserve soil health.

Some described the potatoes as having a spirit or “aliveness” and insisted that without the respect of humans they would cease to flourish.

These smaller, multi-colored potatoes are a storehouse of diverse genes and nutrients. And, from the perspective of the local farmers with whom Angé spoke, they’re so much more. Many of those interviewed enjoyed the experience of spending time with the plants in the field. They described potatoes grown at high altitudes as admirable for their ability to thrive in difficult conditions and as imbued with ancestral forces that reside high in the mountains. They also appreciated the historical linkage of the crops with the Inca civilization. Some described the potatoes as having a spirit or “aliveness” and insisted that without the respect of humans they would cease to flourish.

To support the native potatoes and cultivate that respect, in 2002, five rural Quechua communities in the highlands joined with a local non-governmental organization to found the Parque de la Papa, or Potato Park. It covers about 35 square miles, encompassing the communities, which are home to 6,000 people. The park curates more than 1,000 varieties of native potatoes. There’s also a museum, a greenhouse, and a restaurant (potato-themed, of course). A team of eight Quechua technicians selected by their communities receive salaries to conduct experiments, study topics like climate change and food security, and keep the park running. They also work with outside scientists and other researchers—including Angé, who acknowledges them as collaborators in her work.

Each year, the Potato Park holds a community festival, inviting scientists and members of the general public, especially children. It features events like a potato-peeling contest, a competition in baking potatoes underground in a traditional method (a huatia), and the recitation of potato-themed poetry.

“In the festival, people develop a sensory perception enhancing their capacity to be affected by the potato’s subtle differences,” Angé writes.

The park also hosts a public version of an annual ritual that’s traditionally performed in individual households, “tying” the spirit of different potato varieties to the local communities and presenting offerings to Andean deities. Even for people outside the Quechua cosmological perspective, Angé argues, experiencing this kind of ceremony helps promote a deep respect for the potato. 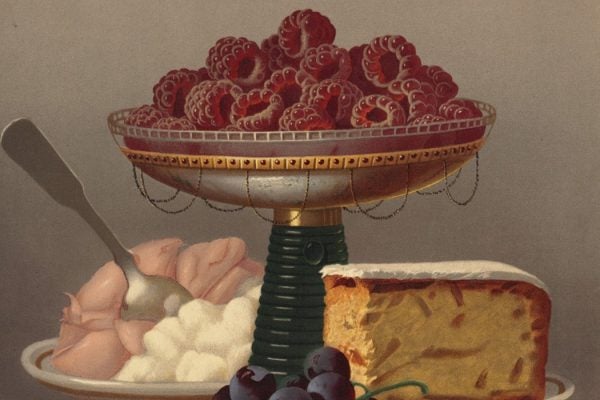