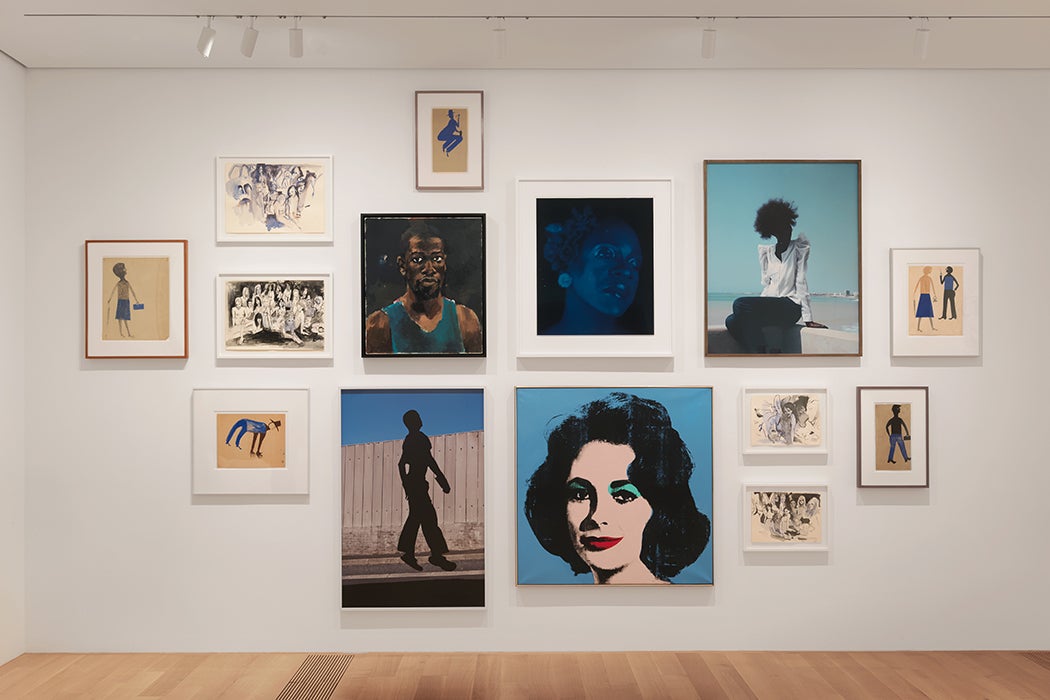 Artist Glenn Ligon has grounded his work in American history, addressing the persistence of and inextricable link between the history of slavery and the black experience in the U.S. Recently, he curated an exhibition called Blue Black at the Pulitzer Arts Foundation. The show brings together more than forty artists and fifty works, all related to the theme “Blue Black,” a title inspired by Ellsworth Kelly’s wall sculpture, but imbued with meaning by Ligon himself.

Each artist addresses race in differing ways—sometimes overtly and other times more covertly.

Though many of Glenn Ligon’s untitled textual works might appear simplistic or even abstract on the surface, they hint at much more complex histories and narratives. As a curator, Ligon does much of the same with a carefully selected group of emblematic works by artists like Kerry James Marshall, David Hammons, Chris Ofili, Carrie Mae Weems, and Andy Warhol. Each artist addresses race in differing ways—sometimes overtly and other times more covertly, as in Warhol’s portrait of Elizabeth Taylor, Liz #4, which really emphasizes her whiteness.

The themes addressed in the show have been present in Ligon’s own work over the past few decades. In “Glenn Ligon and Other Runaway Subjects,” Huey Copeland recalls the beginning of one of Ligon’s most well-known works. “In 1991, the artist Glenn Ligon set out to draw a history of American Freedom.”

In this textual painting Untitled (1776-1865), Ligon paints a series of numbers as if stamped mechanically and chronologically on the paper, beginning with 1776 (the year of the U.S. Declaration of Independence), then connecting a long string of consecutive years that followed, concluding at 1865 (the year that the Thirteenth Amendment finally passed). Copeland explains that this painting “marks out the disparity between two moments of American emancipation so as to materialize the distance between the realities of black oppression and the myths of white freedom.”

This disparity between moments is something for which Ligon is known. Copeland argues, “Ligon’s work not only points to the lapses of memory that have been required for the republic to imagine itself but also suggests how the selective occlusion of the past continues to falsify our imagining of the present.”

Addressing this falsification of an imagined present couldn’t be more timely or appropriate. The heated debates about the pros and cons of keeping or removing Confederate statues, for instance, reveals much about the nation’s bifurcated sense of opposing historical narratives.

In 2011, Copeland pointed out that Ligon’s “art has consistently looked back to earlier moments for its historical and formal articulations.” And Blue Black is no different. Just as his own artworks have often taken inspiration from the writing of figures like James Baldwin and Frederick Douglass, Ligon’s current show nods to Louis Armstrong’s lyrics “(What did I do to be so) Black and Blue”:

All my life through I’ve been so black and blue
I’m white inside, but that don’t help my case
Cause I can’t hide what is on my face
I’m so forlorn. Life’s just a thorn
My heart is torn. Why was I born?
What did I do to be so black and blue? 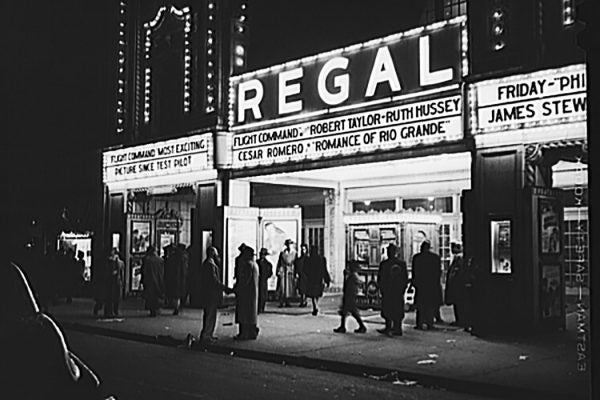 Ironically, it was movies that helped accustom American viewers to television in the first place, writes Richard Koszarski.