The Promise of Graphene 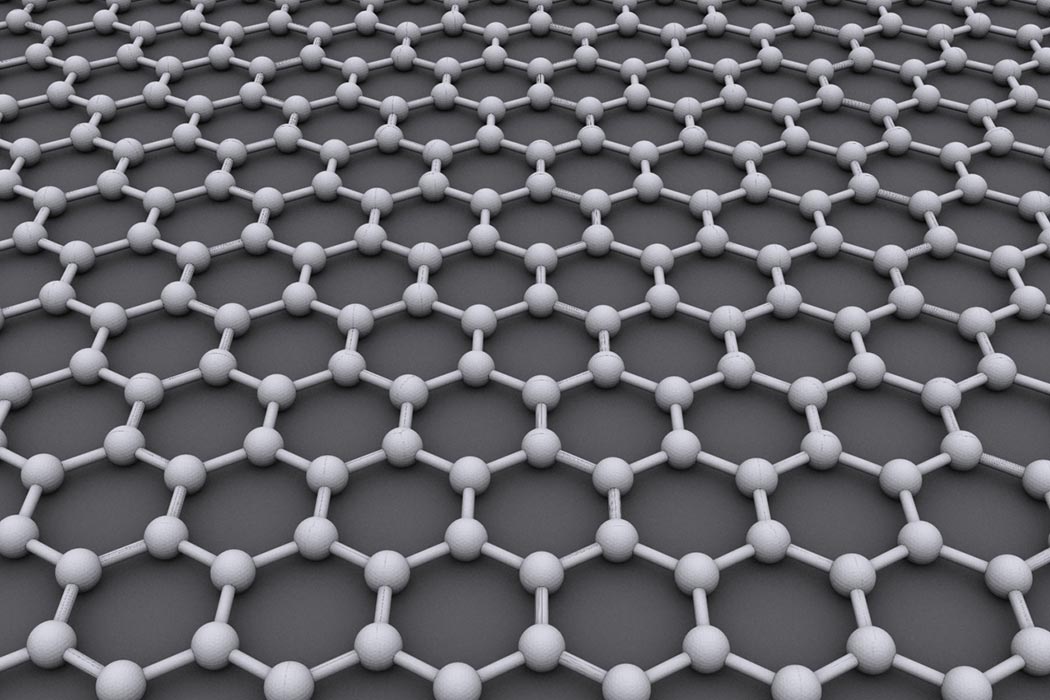 If you’ve been following the news for the past few years, you may have heard of graphene, a flat, honeycomb lattice composed of carbon that is thought to have superhuman strength. Its use could transform the world of electronics and energy. And now, new research suggests its potential to treat bacterial infections.

Graphene oxide can wrap around bacteria, puncture its membrane, and kill it.

Scientists at the Università Cattolica del Sacro Cuore in Rome have been studying the antibacterial properties of graphene oxide, a precursor to graphene. Graphene oxide can wrap around bacteria, puncture its membrane, and kill it, thus preventing further damage. Although it selectively attacks bacterial cells and spares human cells, the exact mechanism of why this happens remains unclear. Even so, because it’s composed of carbon, the authors of the study argue that it’s far less damaging to human cells than any antibiotic currently available.

Graphene itself was discovered unintentionally. The idea of it was first proposed theoretically in the 1940s by Canadian physicist Philip Russell Wallace. In 2004, physicists Andre Geim and Konstantin Novoselov were playing with graphite cubes (the material found in pencil lead) and Scotch tape. They placed the cubes between pieces of tape and repeatedly ripped them apart, separating the graphene into finer and finer flakes. Eventually they ended up with graphite flakes only one atom thick. Geim and Novoselov were awarded the 2010 Nobel Prize in Physics for their discovery.

Physicists wanted to understand how electrons flow in such a unique, two-dimensional structure. Further investigation showed a shocking result: the electrons were moving at speeds perhaps a hundred times faster than they would through silicon.

Although the applications of graphene seem limitless and promising—it is, after all, the thinnest material known, more than 100 times stronger than its equivalent weight in steel, and as pliable as rubber—researchers still need to find a cost-effective way of producing the material before it comes into wide-spread use.