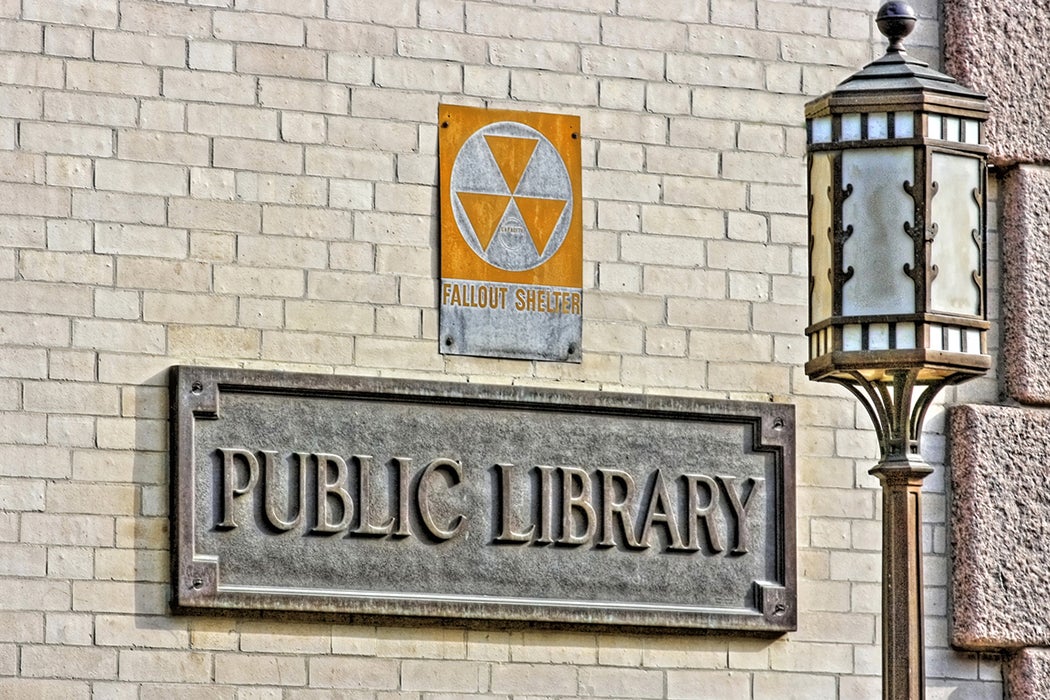 From seemingly useless under-desk drills to legit bunkers, the general public was prepared for nuclear war during the Cold War. But what about libraries? Reference librarian Brett Spencer examines how libraries and librarians braced for the coming threat.

Many of today’s scholars dismiss the nation’s civil defense push as a propagandistic effort that used fear to unite Americans against Russia. But at the time, the threat felt very real for everyday Americans. The nation’s attempts to shield itself from the coming bomb were reflected across institutions, including libraries.

That’s surprising, says Spencer, especially given many librarians’ stance on other Cold War issues, like McCarthyist attempts to control the books in their collections. But despite their resistance to political pressures, librarians “vigorously participated” in civil defense during the 1950s.

This participation showed up in library collections. Libraries became clearinghouses for pamphlets, books, and audiovisual materials about how to survive a nuclear attack. The New York Public Library led the charge, collecting “mountains of civil defense booklets” that laid out how to drill for an atomic bomb and survive after one fell.

Libraries were turned into fallout shelters, urged on by government claims that the stacks “offered excellent radiation shielding.”

Libraries around the country screened movies like You Can Beat the A-Bomb, an upbeat film that presented information about the “best” ways to survive an attack. (In reality, most of the measures shown in the film would have been useless during a nuclear attack.) In Detroit, librarians even published their own civil defense magazine filled with abstracts of relevant materials. It was an example, says Spencer, of how librarians “provided bibliographic control to the flood of doomsday literature that washed across Atomic Age America.”

Librarians didn’t stop there. Librarians encouraged civil defense groups to use their facilities for recruitment, training, and first aid classes. A branch even became New York’s civil defense headquarters. “If World War III had broken out,” writes Spencer, “emergency operations in America’s largest city might very well have been directed from a public library.” Libraries were turned into fallout shelters, urged on by government claims that the stacks “offered excellent radiation shielding.” Librarians stood ready to help shelter citizens or even evacuate their cities in case of emergency.

But these attitudes soon changed. The nation became disillusioned with the Cold War. In the late 1960s, as Vietnam War protests grew, librarians increasingly supported the peace movement. As both the U.S. and Russia stockpiled more and more weapons, it seemed less and less likely that civil defense efforts would ever succeed. Defeatism set in, and librarians increasingly called for disarmament.

These changes were reflected in library collections, where peace materials began to balance out civil defense brochures. “Librarians… came to the realization that the best way of saving Americans from a nuclear cataclysm would be to stop a war from ever happening by promoting peace through their books,” writes Spencer. By the end of the Cold War, librarians increasingly embraced peace advocacy over civil defense. The Bomb never fell on the U.S., but it exerted lasting changes inside the libraries it may have destroyed. 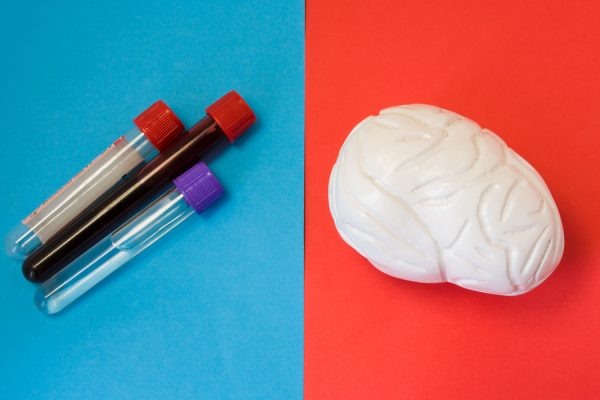 What is Cerebrospinal Fluid?

A patient was convinced that her runny nose indicated a deeper problem. She was right. Her case brought cerebrospinal fluid into the national spotlight.