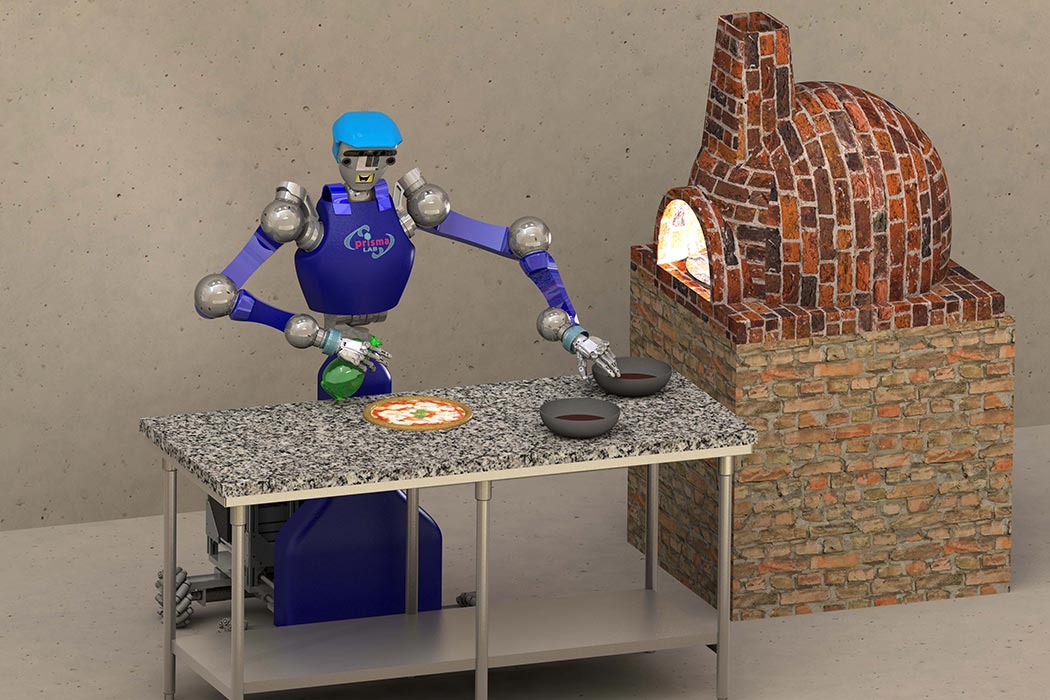 On the surface, designing robots to make pizzas might seem like a trivial accomplishment undeserving of serious funding. The process of making a pizza, however, is quite challenging, requiring a lot of complex manipulation. The Robot Dymamic Manipulation (RoDyMan) Project aims to surmount those challenges with pizza-making robots.

The RoDyMan Project’s true aim is to solve problems around robots gripping, locating objects, simulating human motion, and manipulating objects–as well as the general improvement of robotic design. Bruno Siciliano, of the University of Naples, who is heading this project, noticed that the process of making a pizza encompasses all of these robotic challenges in one seemingly simple task. The robot will be required to toss pizza dough, distribute toppings evenly, and cook the pizza in a pizza oven, which requires the pizza to be turned as it bakes. 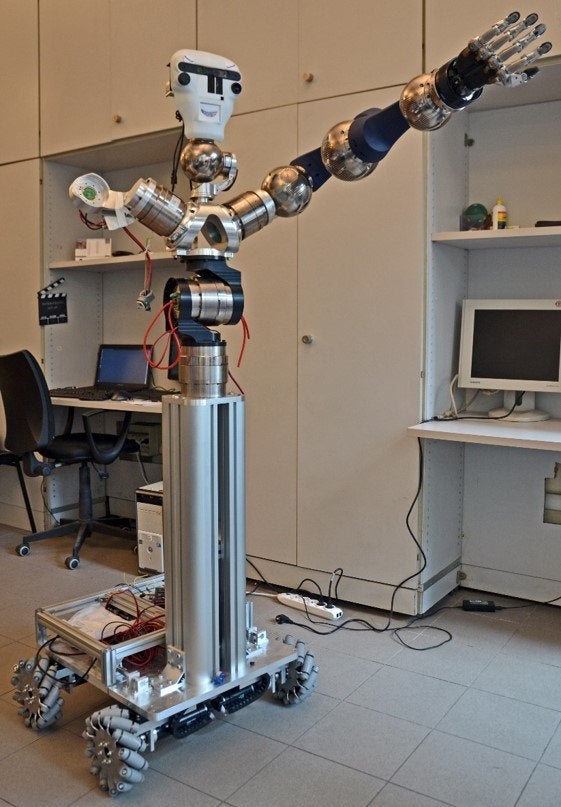 The proposed robot will be human-like, consisting of a head with sensors and two arms with hands and fingers. The torso will sit on a movable platform with wheels (instead of having legs). To simulate human movements, motion capture sensors will record humans performing the necessary tasks. This will allow the roboticists to directly capture the motions of pizza-making rather than write thousands of lines of code to create the complex movements from scratch. In addition, the motion capture technology will preserve the craftsmanship of pizza chefs, a form of digital heritage. The robot is still in development, but Siciliano and his team hope to unveil it in May 2018 at the Pizza Festival in Naples (though not with the goal of outcompeting the artisans there).

To understand the challenge of this project, consider the complexity of gripping an object, which is just one task that the robot will need to master. Grasping a cup, for example, requires you to mold your fingers around the cup and then contract them enough that the friction is sufficient to stop it from slipping. You have to coordinate all your fingers to reach around the cup and then spread wide enough to ensure a good grip. Once the cup is grasped, its weight and rigidness need to be factored in to lift it. Creating a comparable multi-fingered robot to do even this simple task is very complex.

This challenge has been overcome in the past by universal grippers that do not require fingers. These grippers are designed to mold themselves around any object when they make contact with it. The gripper is a made from a sealed bag of loose grain. When it touches an object, the grains move around the object and conform to its shape. To grip the object, the air in the sealed bag is vacuumed out, making the gripper rigid; this process is called jamming. Jamming creates a suction effect that tightens the grip around the object enough to lift it securely. Universal grippers let robots pick up a variety of objects without requiring complex programming. 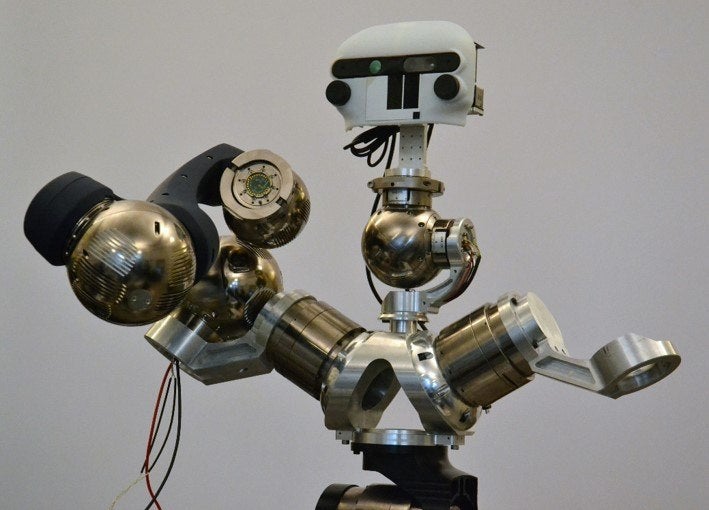 Unfortunately, a universal gripper would not be effective in the RoDyMan pizza challenge. Although the system is robust–it can move anything from a raw egg to a screw driver–it would not be able to handle a delicate ingredient like shredded cheese or pizza dough. It is this challenge of manipulating non-rigid objects that will be one of RoDyMan’s biggest contributions to the field of robotics. As of yet, no robotic arms have been designed to actually manipulate non-rigid objects–i.e., to complete tasks more challenging than merely holding it. RoDyMan will not only need to pick up pizza dough, but toss it like a pizza chef, an intimidating challenge even for humans. 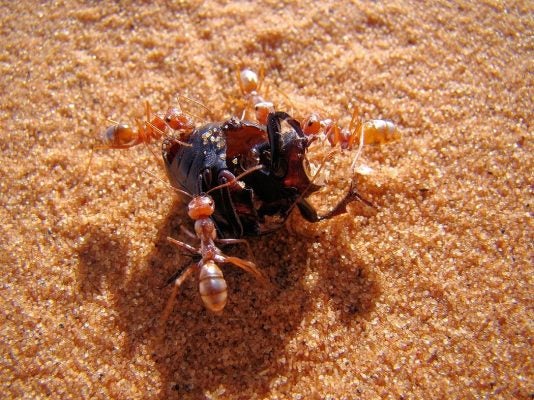 Mad dogs, Englishmen, and Silver Ants Go Out in the Midday Sun

Several species have managed to adapt to the harsh, unforgiving environment of deserts.