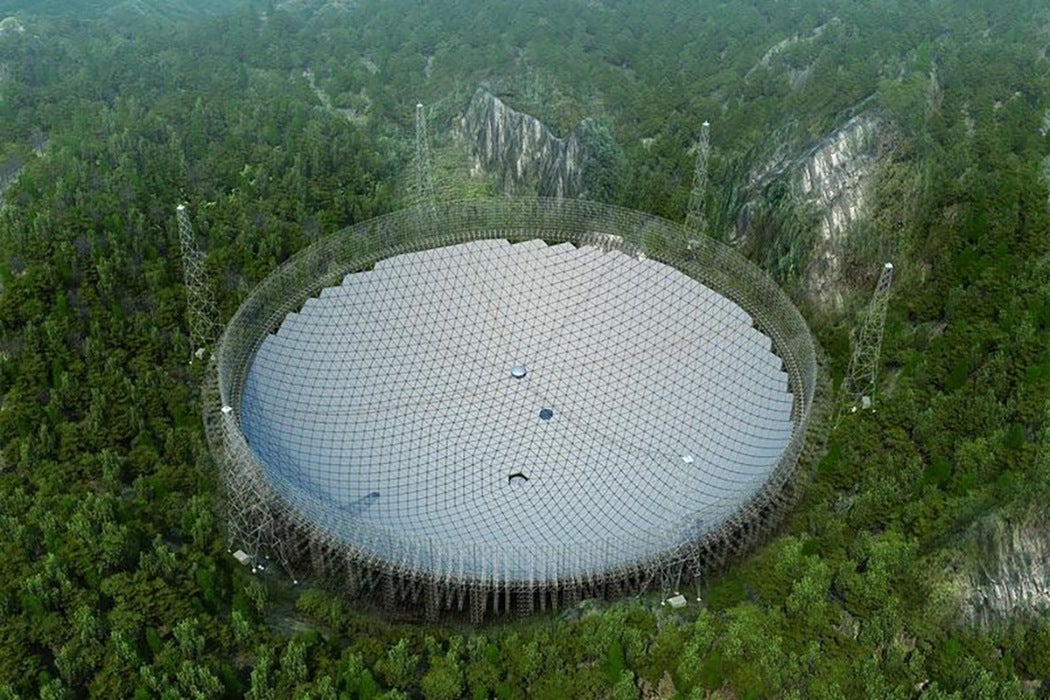 China is bringing a huge new radio telescope on-line, and one of its stated purposes will be to search for alien life. Following the recent discovery of several nearby planets, the search for life beyond Earth is reaching a fever pitch, but it’s not a new project. The largest program, the SETI Institute (Search for Extra-Terrestrial life and Intelligence) has been operational since 1985.

So, exactly how are enormous satellite dishes supposed to help us find alien life? From space, the most detectable signs of humanity are radio signals. Thus, most search programs assume alien civilizations would be essentially like our own, and seek to intercept alien radio transmissions. Radio waves cover a huge range on the electromagnetic spectrum, so theoretically a variety of alien broadcasts could be detected. The waves are collected by antennas, and the large disk focuses the waves into a receiver. The larger the dish, the more signals can be collected. The Chinese telescope is equipped with the largest dish ever built.

While aliens might be broadcasting anywhere in the radio spectrum, the telescope cannot listen to the entire spectrum at once.

Trouble is, space is full of naturally occurring radio waves, creating a lot of background noise. While aliens might be broadcasting anywhere in the radio spectrum, the telescope cannot listen to the entire spectrum at once. Figuring that advanced aliens are aware of water’s importance, most searches scan between 1 and 3 gHz, near the natural broadcast frequency of neutral hydrogen at 1.442 gHz. This range is coincidentally free of most natural interference.

Then there is the question of where to point the telescope. Until recently, scientists believed that habitable planets would only orbit single stars like ours. Accordingly, most searches focused on single stars, especially those relatively close to Earth. With the success of the Kepler program in finding exoplanets, there are now many more options for targeted scans.

This approach is optimistic, to say the least: To pick up a signal, a telescope must be pointed in the right direction, at the right frequency, at exactly the right time. As more of our communications go digital, we can’t even hear our own signals, let alone alien broadcasts. To counter this, search efforts are branching out. Lasers exist that can be brighter than a star for small bursts, so some programs scan for these light pulses outside the radio spectrum. New instrumentation is also allowing scans in the infrared realm. For the really creative, there is a push to anticipate possible alien technologies, such as emissions from various theoretical power systems.

Of course, all of this assumes that alien civilizations exist. To make matters more difficult, a preindustrial alien society would stay undetectable, let alone an alien anteater or amoeba. If by some miracle we do detect a signal, the closest planet is light years away, so any broadcast will be years old. Even so, the biggest question of all remains unanswered: If we do detect a signal, how do we respond?

The search for extra-terrestrial intelligence
By: Frank Drake
Philosophical Transactions: Mathematical, Physical and Engineering Sciences, Vol. 369, No. 1936, The detection of extra-terrestrial life and the consequences for science and society (13 February 2011), pp. 633-643
Royal Society 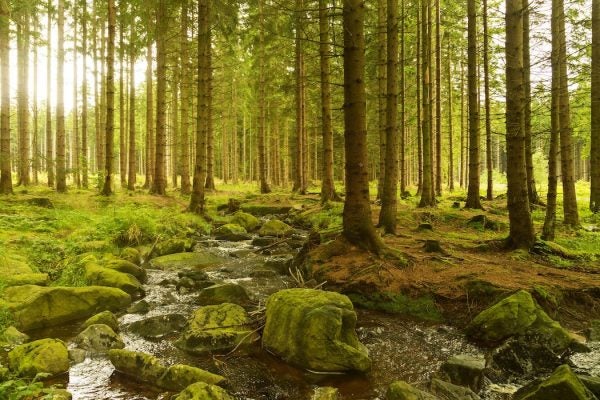 For as long as plants have existed, there have been moving forests, migrating across the earth’s surface in response to changes in the climate.