The western genre is engrained in American film from its roots to today. Jared Hess’ Napoleon Dynamite revises this legacy in a surprising way. 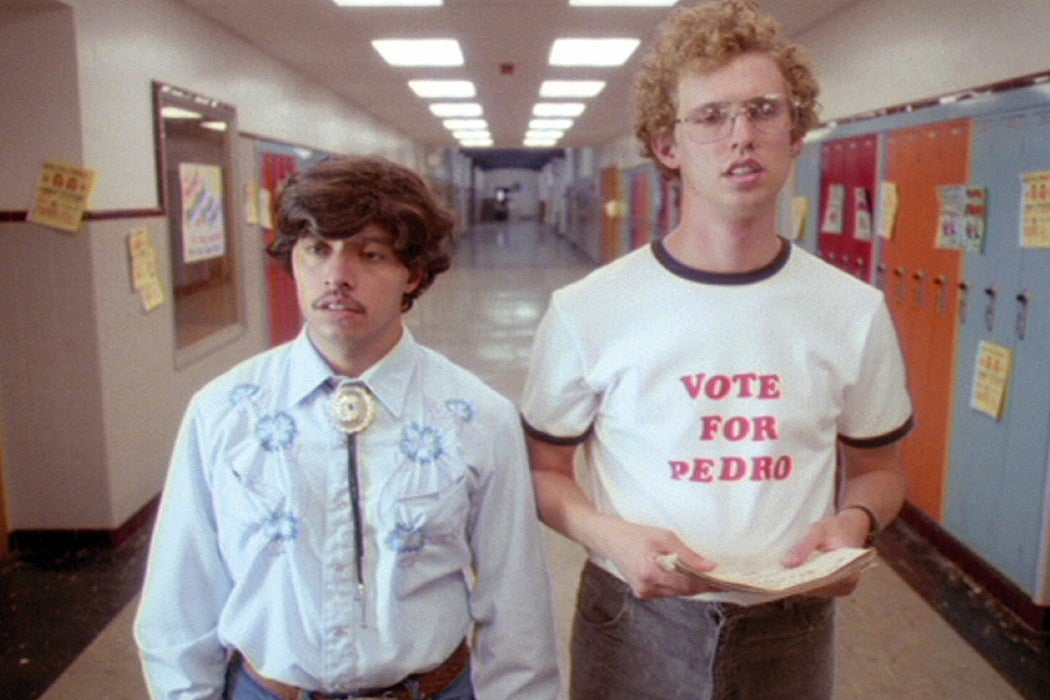 The Western is a uniquely American genre. The idea of “the West” represents the founding of the country, an idealized (not uncomplicated) early version of the American Dream, in which Americans moved across the country believing that they could make anything of their lives on a new frontier. Every Western starts with this nugget of hope, glorifying the scrappy self-reliance, inevitability of mistakes, and over-zealous failure that defined and continues to define the American Dream.

So, it’s not surprising that decades after the heyday of the Western, filmmakers continue to revisit the genre, searching for a clearer picture of America, both in straight-up genre films—The Three Burials of Melquiades Estrada or Unforgiven—and revisionist takes on the genre—No Country for Old Men. Even non-American filmmakers see the allure of the genre as potent. Dear Wendy, for example, is a film about America directed by a non-American and written by a Dane who has never been to America.

One film that doesn’t come up frequently in discussions of neo-Westerns is Jared Hess’ low-budget cult-classic debut, Napoleon Dynamite, released in 2004. While Napoleon Dynamite is a comedy, it’s also constructed on the foundation of the Western genre: set in the West and full of nods to the genre conventions, most directly Napoleon’s brother Kip riding off into the sunset on a horse in the film’s closing moments.

In an essay from 2008 in The Western Historical Quarterly, Nicolaas Mink explores Napoleon Dynamite‘s ties to the Western genre beautifully, pulling apart scenes and genre conventions as well as, importantly, showing how this is not simply film-geek artifice—as you see in the genre-rich films of Quentin Tarantino—but actually a filmic conversation on the modern West, specifically on the town of Preston, Idaho, that offers a revision of the American Dream as typically presented within the genre.

The film was shot in Preston, which is named in the movie, and featured non-actor residents in the cast, often appearing under their own names; it was also the place where director Hess grew up. As Mink says, “in a strange way, then, the film was part documentary.” He continues, “Hess also integrated a visual and verbal dialogue that only the residents of Preston and the surrounding rural Mormon region could understand. In the process, he created an insider conversation that infused the film with a sense of immediacy and cultural relevance for those who viewed it on this level. Assuming they are in fact separate entities, the West of fiction and the West of reality meshed together as one in the film.”

The location, Mink argues, is the heart of the film. But, he asserts, a lot of the significance of what it is to be in the modern West has been lost on audiences who don’t inhabit these kind of spaces. Though its significance was not lost on the people of Preston, who have a strained relationship with the legacy of the film, with many feeling slighted by its sometimes goofy portrayal of the city.

Yet, there’s a truth under the goofiness and genre homages. The working-class town, not unruly like in Deadwood, but a slice of middle America, struggling with economic reality and social stratification, provides an update on what it means to be living in the West now, in wide open spaces thousands of miles from the cultural and financial hubs of the country.

The genre conventions within the film are what tip us off to think in the language of the Western genre, not just saloons and horses (or llamas) and rugged individualism, but the hunt for what the country has to offer, how it can fulfill the individual’s vision of the American Dream (Pedro becoming class president as an outsider, Kip finding love and security on the new American frontier of the internet, etc.).

The struggles of the modern West, including isolation and a loss of the way of life that was once handed down through the generations, are echoed in Napoleon’s world. This is the modern West, this is what the frontier is now, and while it has changed greatly, it also has not changed all that much.

Mink reveals that there’s more to Napoleon Dynamite than a coming-of-age story, some fun genre nods, Vote for Pedro t-shirts, and an incredible dance number. 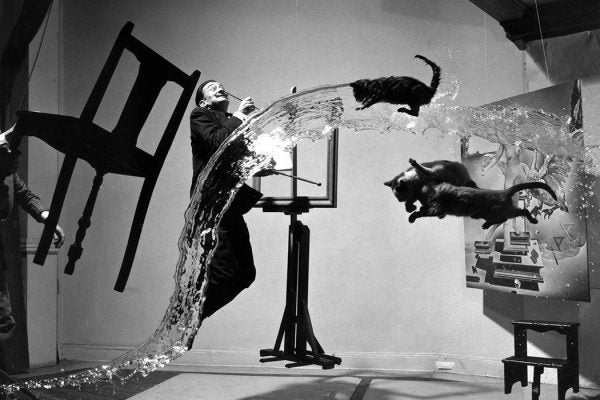 Salvador Dail injected Surrealism into fashion magazines in the 1930s and 1940s, to lasting influence.