The City of Yanga was founded after a group of enslaved Africans, led by Gaspar Yanga, rebelled against colonial rule. 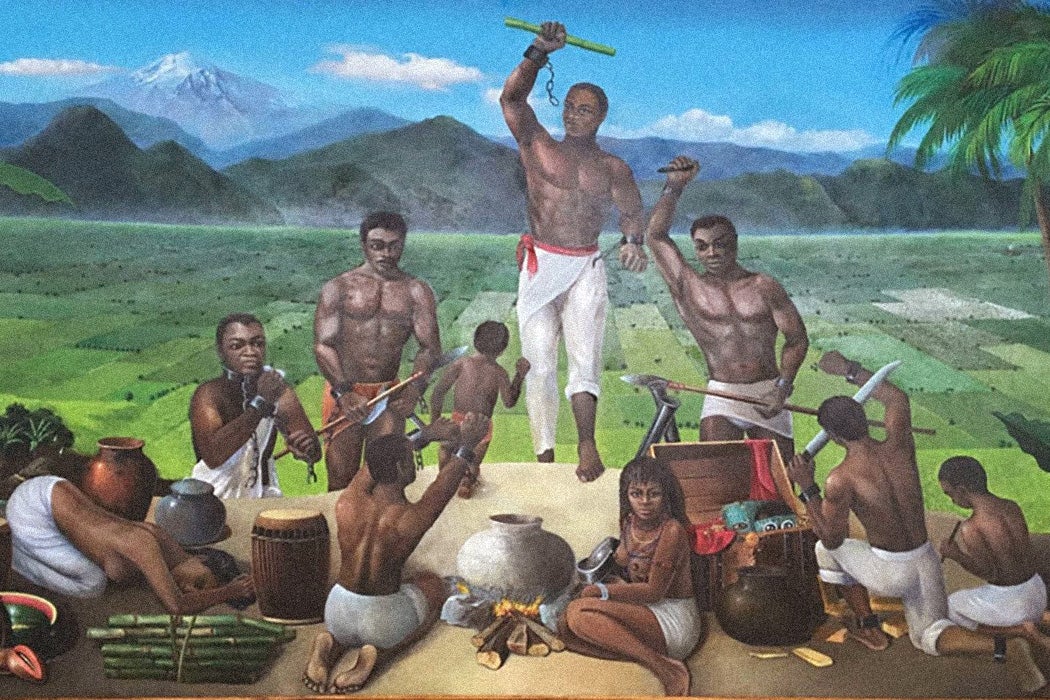 Mexico has spent the year 2021 celebrating its bicentennial: it has been 200 years since the nation won its War of Independence from Spain. About two hundred years before Mexico’s independence, in 1609, the city known today as Yanga, located in the state of Veracruz, won an important battle against the Spanish crown, paving their way to freedom and becoming the first self-liberated and independent town in the Americas.

Yanga is commemorating its history with receipts: it now has digitized and certified copies of the city’s founding documents––paperwork originally received from the Spanish monarchy in 1618, now on display on the ground floor of Yanga’s city hall. To celebrate, Apolinar Crivelli Díaz, the current mayor of Yanga, recently held a ceremony with Leticia López Landero––the mayor of the neighboring city of Córdoba––where they showed off copies of Yanga’s founding papers. These copies of Yanga’s founding documents had been held for years in the archives department in Córdoba, a city initially established as a military base specifically because it was close enough to Yanga to monitor the Black population there.

Located in east-central Mexico, the city of Yanga is named in honor of Gaspar Yanga, an African who was reportedly born in 1545 and who led the rebellion that led to its founding. Yanga, who was said to be a direct descendant of royalty in either Angola or Gabon, was captured and sold into slavery in Mexico, known at the time as New Spain.

Yanga was enslaved on the Nuestra Señora de la Concepción sugarcane plantation, in an area just 93 miles from Veracruz, a major port city originally founded in April of 1519 by Spanish conquistador Hernan Cortés, who designated it La Villa Rica de la Vera Cruz (The Rich Town of the True Cross). Veracruz very quickly became an important harbor for African enslavement in Mexico. Enslaved Africans and Indigenous people were captured and sold there into a brutal caste system that privileged Spanish colonialists.

The historian William H. Dusenberry noted that, in Veracruz, enslaved Africans lived under strict laws in New Spain’s viceroyal system. Those Africans who were able to liberate themselves from slavery were treated even worse:

…the Negro or Negro woman absent from the service of his or her master for four days shall suffer fifty lashes of the whip… and if they should be away more than eight days, for a distance exceeding one league, each of them shall suffer a hundred lashes, iron fetters weighing twelve pounds shall be tied to their feet with a rope, which they shall carry for two months and shall not take off under pain of two hundred lashes for the first offense; and for the second, each shall take two hundred lashes and shall not take the weights off for four months.

Yanga would be only one of many enslaved Africans to rebel against this horrific slave system.

Yanga’s rebellion, in the year 1570, was comprised of several hundred enslaved Africans, who, once free, fled to shelter near the summit of the Veracruz mountains. Roaming from Cofre de Perote to the Sierra de Zongolica and to the highest mountain in Mexico, the Pico de Orizaba, the self-emancipated rebels established a palenque—a small town––where they could live on their own. For 30 years the Yanguícos harvested their own foods (reportedly sweet potatoes, sugar cane, tobacco, beans, chile, squash, and corn) and raised livestock. Similar to other groups who roamed the highlands, they frequently used machetes and sticks to raid supplies from passing Spanish caravans.

Locals would transport goods in caravans that traveled from the Veracruz port to Mexico City. But as African and Indigenous people fled slavery and sought refuge in the surrounding mountain range, they took to raiding those caravans. These Yanguícos were a threat to the viceroyal system’s colonial order. In 1609, when a rumor started circulating that the Yanguícos were planning to overthrow local Spanish authorities in the neighboring towns and appoint Yanga as the king, the Spanish Crown’s Viceroy Luis de Velasco sent a battalion of a few hundred troops to subdue them. Both the Yanguícos and Spanish suffered serious casualties during the ensuing battles, but Yanga and his compatriots could not be defeated. Yanga ultimately negotiated a ceasefire: the Spanish Crown consented to a treaty that in 1618 allowed the Yanguícos to establish their own government and live in peace.

The triumph of Yanga serves as an inspiration for the ever-growing Afro-Mexican movement.

In an 11-point agreement, Yanga, as leader of the rebellion, negotiated a peace settlement with the Catholic priest, Alonso de Benavides, and Captain Manuel Carrillo, which granted the Yanguícos freedom as long as they did not allow other fugitives from slavery to join their ranks. Although the Spanish Crown tried to back out of this peace treaty several times, it remained in effect until Mexico gained independence in 1821.

The triumph of Yanga serves as an inspiration for the ever-growing Afro-Mexican movement: Yanga’s achievement was impactful—and many scholars of Black history in the Americas record it as a seminal event in the story of how enslaved Africans freed themselves from captivity.

Afro-Mexican activists, who are today fighting for wider recognition of the 2.5 million people who self-described as Afro-Mexican or Afro descendant in the 2020 Census, turn to the image of Yanga as a model for political activism. “Yanga, the prince, is considered the founder of America’s first Free People,” enthused Isidro Ramírez López, president of the Afro-Mexican organization,  Socpinda. “In 2017, the Socpinda AC organization established the “Prince Yanga” School for the Training of Afro-descendant Social Leaders in his honor.”

Some Mexicans have even lauded Yanga as a national hero, a figure to be admired as the nation recalls the independence struggles that pushed Mexico to its national liberation. But Sagrario Cruz-Carretero, professor of anthropology at the University of Veracruz, cautions that Yanga has only been associated with the Mexican independence movement by the nation’s intellectual elite. “Yanga is mainly seen as a symbol for those of us in the Afro Mexican movement,” she said. “In Mexico itself, your average Mexican most likely does not know who Yanga was.”

The artist Frida Kahlo also taught painting to a politically active group of muralists known as Los Fridos, who she encouraged to venture to areas like Veracruz, says Dr. Cruz-Carretero:

Los Fridos came to Xalapa––here where I live in Veracruz––and they were the ones who painted the large majority of the murals here in Xalapa which have Yanga in them. These were the first images of Yanga in murals, and they represented him as a leader. But this was thanks to Los Fridos––and, in fact, the actual statue of Yanga, in the town of Yanga, was sculpted by one of Los Fridos, his name was Erasmo Vásquez Lendechy. But, to this day, the government of Mexico has not included lessons about Yanga for our children, in our schools.

The name of the municipality has changed over time: first it was called San Lorenzo de los Negros, then San Lorenzo de Cerralvo, and, finally, Yanga, in honor of its founder. Those who visit the UNESCO Slave Route project-designated city will encounter the Vásquez Lendechy statue of Gaspar Yanga in the town square. It depicts a large, muscular man, wielding a machete: an African who has broken the chains of slavery.

Black Mexico and the War of Independence

The president of Mexico who finally issued the decree ending slavery was of African descent himself.