Meet the Man Behind the Peony

In China, gramophone and camera in tow, botanist and explorer Joseph Rock collected seeds from the tree peony that bears his name. 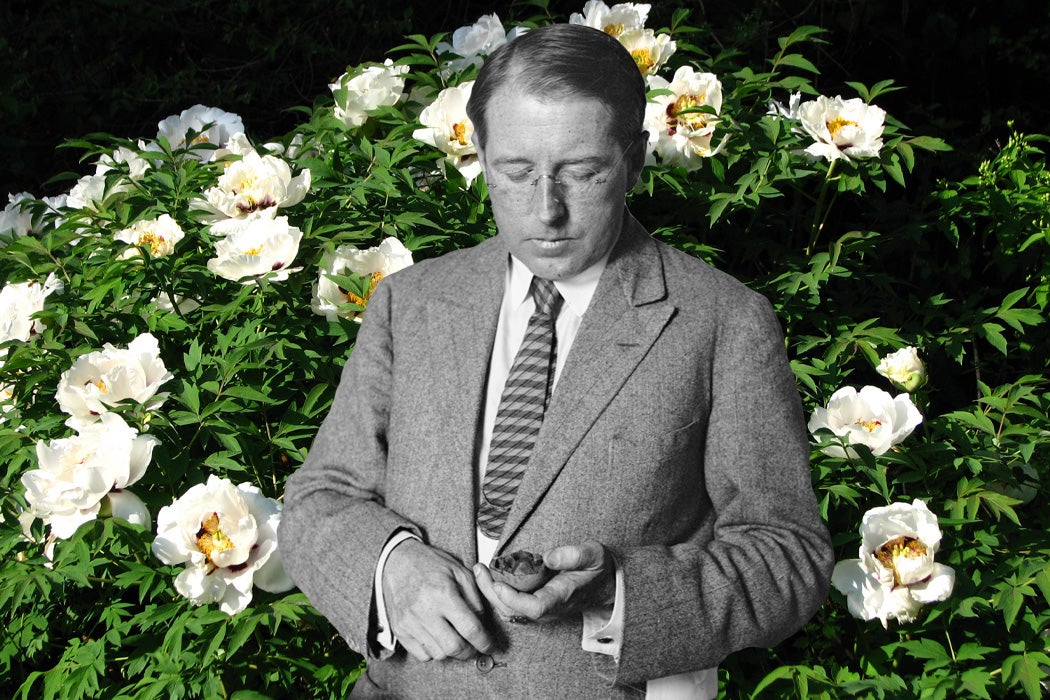 It’s the season for peonies, those sweet-smelling flowers with their abundant layers of petals. Most peonies are solid-colored, but one type, Paeonia suffruticosa subspecies rockii, has dark purple splotches at the centermost tips of its petals, adding a violet ring to the otherwise white blossoms. Austrian-American botanist Joseph Rock collected seeds from this particular peony during an expedition to northwestern China on behalf of Harvard University’s Arnold Arboretum. Accordingly, the peony (which is a tree peony, as opposed to the herbaceous peonies often sold as cut flowers) is called Rock’s peony.

Rock would play his gramophone, gathering a crowd, and then photograph the people while they listened.

Rock collected seeds from that plant, and many others, during a 1924-1927 expedition to China’s Gansu province. At that time, Gansu included most of what are now the northwestern regions of Ningxia and Qinghai, as well as some of the northeastern Tibetan province of Amdo. It was at the Choni Monastery in Amdo that Rock scouted and collected seeds from the tree peony that would bear his name.

Rock got to Choni just in time. “The original plant was destroyed in 1928 when Muslim soldiers attacked and burned Choni to the ground,” writes forestry scholar Jeffrey Wagner in his article, “The Botanical Legacy of Joseph Rock,” adding that no other example of the subspecies had been found since in China.

Born in Vienna, Austria, in 1884, Rock immigrated to the United States as a young man. In 1907, he arrived in Hawaii, where he developed an herbarium of more than 29,000 native specimens, most of which he collected himself. Subsequently, the United States Department of Agriculture sent Rock to India and Burma in search of a tree, the Chaulamoogra, that produced a substance that could cure leprosy. (Rock found it and brought back seeds.)

Rock first visited southwestern China on behalf of the Smithsonian Institution and the National Geographic Society, where he collected several important rhododendron species. On the later expedition, to Gansu, Wagner collected seeds from, in addition to the peony, a copper birch and a lilac that Rock said had inspired the fourteenth-century Buddhist lama Tsong-khapa. There was a story that the lama had seen a thousand Buddhas in its leaves.

Significantly, Rock was one of the first botanists to use photography, rather than illustrations, to document specimens. In addition to plants, he also photographed the people he met on his voyages. In a 2011 article, University of Michigan anthropologist Erik Mueggler notes an unusual habit of Rock’s: He would play his gramophone, gathering a crowd, and then photograph the people while they listened, noting what was playing on the gramophone in the photo captions.

When Rock traveled to China in 1924, he brought along a portable Victor gramophone and a collection of Victor Red-Seal recordings. One of the photos included in Wagner’s article is of such a scene from that expedition: “The people of Chingshui, Kansu, are gathered in front of the inn where Joseph Rock stayed, listening to his phonograph playing the sextet from Donizetti’s Lucia di Lammermoor. Soldiers are guarding the entrances to the inn. Photographed 11 April 1925,” reads the caption. On the same expedition, “he played his Victor on village streets, in the grasslands, in monasteries—whenever he felt lonely or miserable,” Mueggler writes.

Mueggler, who considers Rock’s photographs of people and of plants to be analogous, notes that playing the gramophone was a way of getting people to gather and be still for a photo. Plants, of course, don’t require such machinations. 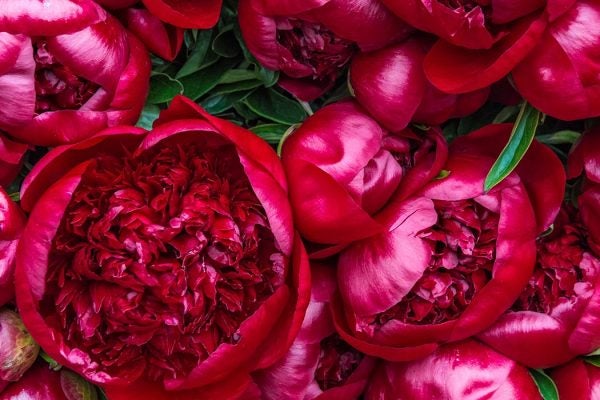